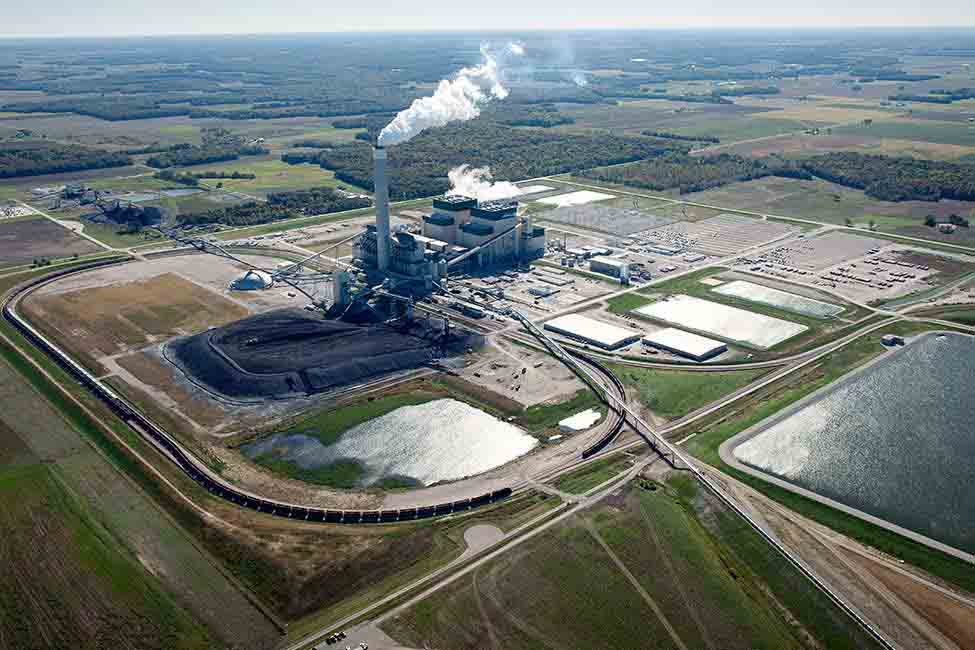 (Fox Valley Magazine also contributed to a portion of this report.)

The Illinois House approved an energy regulation and decarbonization bill Thursday, a major step forward for a wide-ranging omnibus bill that had eluded lawmakers throughout the legislative session and the governor’s three years in office. In the process, Fox Valley communities Batavia, Geneva, and St. Charles dodged a major fiscal bullet.

The measure that aims to bring Illinois’ energy generation sector to 100 percent carbon-free by 2050 and 50 percent renewable by 2040 will still need approval from the Senate, which planned to caucus Friday to discuss the measure, Senate Bill 2408, before a Monday return.

It passed the House 83-33 shortly before 9:30 p.m. Thursday. Gov. JB Pritzker quickly issued a news release saying he would sign it.

“This is what legislating is supposed to look like,” House Speaker Emanuel “Chris” Welch, D-Hillside, said in closing floor debate. “It’s about good faith negotiating. It’s about advocating for the interests in our districts back home. And it’s about compromise in order to arrive at a product that benefits people in your districts, and ours.”

Environmental groups extolled the decarbonization language, which aims to take coal, gas and other carbon-emitting power plants off the grid between 2030 and 2045, depending on the energy source and ownership structure.

Union groups praised the bill’s language requiring that all major renewable construction projects must have project labor agreements in place to hire union labor, while non-residential projects, with few exceptions, would be required to pay a prevailing wage.

Environmental and labor groups were in opposition on the issue of municipal coal-fired power plants coming into Thursday. Two plants that were at issue include Springfield’s City, Water, Light and Power, and a plant funded by several municipalities in Illinois, including the tri-cities and Naperville, that is located in Marissa in the Metro East Area, called the Prairie State Energy Campus.

Had the plant been closed down in 2035, the communities – and its energy users and taxpayers – would have been required to continue their payments to the plant’s bondholders for another 10 years while simultaneously having to replace the energy lost due to the closure.

The final language requires the plants to be carbon-free by 2045, either by going offline or installing sequestration technology. By 2035, municipal plants must cut emissions by 45 percent. If a plant doesn’t meet that goal by the end of 2035, the power plant will have until June 30, 2038 to either retire a portion of carbon-emitting units or meet the decarbonization goal some other way.

Tri-Cities Breathe a Sigh of Relief

The final resolution of the Prairie State Energy Campus issue came as a relief to the Batavia, Geneva and St. Charles municipalities. All earlier versions of the bill had required that the coal-fired facility be shut down completely by 2035. This, along with the disposition of three nuclear facilities owned by Exelon Corporation, was the biggest hurdle to passage of the bill, with Governor Pritzker going so far as to declare that he would refuse to sign any bill that included an exemption for Prairie State.

Had the original deadline been passed into law, a large portion of the financial commitments made by the three communities would have become “dead weight,” likely resulting in significantly higher energy rates, higher local taxes or both. The exposure is due to the commitments made in 2007 by the communities to purchase a defined amount of energy from the facility through 2045. (Naperville’s exposure ends in 2035.) Had the plant been closed down in 2035, the communities – and its energy users and taxpayers – would have been required to continue their payments to the plant’s bondholders for another 10 years while simultaneously having to replace the energy lost due to the closure.

For a more detailed discussion of the issue, click here.

The extension of the deadline to 2045 removes that exposure, although if the plant doesn’t meet the 45 percent emissions reduction required by the legislation by 2035, significant reductions in the amount of energy produced would likely ensue, leaving the Fox Valley communities proportionately exposed.

The bill also provides more than $600 million over five years to three nuclear plants owned by Exelon Corporation – in Byron, Dresden and Braidwood. The company has stated it will not refuel the Byron plant after Monday, and it would begin decommissioning at that time, unless the General Assembly passed legislation to ensure its financial viability.

The ratepayer money will fund equity programs for the clean energy workforce and new investment in renewable energy, among other initiatives.

It would also incentivize the transition of coal plants to solar facilities or battery storage sites, and it permits downstate utility Ameren to establish two utility-scale solar plants.

In a late addition to the bill, the city of Zion in Lake County, which is the site of a closed nuclear plant, would be eligible for grants “in proportional shares of $15 per kilogram of spent nuclear fuel stored at such a facility,” according to the bill.

The charge on a customer bill for renewables would increase over time from about 2 percent to 4 percent, a $360 million annual increase to fund projects such as wind and solar.

That investment is an effort to increase the portion of the state’s energy contributed by renewables, which is currently between 7 and 8 percent. Nuclear made up about 58 percent of the state’s electricity generation in 2020, according to the U.S. Energy Information Administration.

Downstate Republican lawmakers raised concerns that the portion of the state south of Interstate-80, on the MISO electric grid, is served by only one nuclear plant. The part of the state on the PJM grid, for the most part north of I-80, has the state’s other five nuclear plants.

“You’re not doing what you think you’re doing with this bill,” Rep. Tim Butler, R-Springfield, said in floor debate, warning that closing the Springfield and Marissa coal plants would make downstate reliant on out-of-state coal while putting central Illinoisans out of work.

Rep. Jay Hoffman, D-Swansea, noted in a news conference after the bill’s passage that it requires the Illinois Environmental Protection Agency, Illinois Commerce Commission and Illinois Power Agency to conduct a study at five-year intervals “to determine if there is grid reliability.”

If there are not enough renewables and nuclear power available to keep the grid running, that means coal or gas plants could be kept online to meet peak demand.

“I think it’s very legitimate,” Hoffman said of grid reliability concerns. “And so we built that into the bill, though, there are reliability checkpoints every five years. That was very important to all of us because we want the lights to go on, we want the heating and air conditioning to work.”

Hoffman said representatives of Prairie State believe federal subsidies will be included in an infrastructure before Congress that will help fund carbon sequestration infrastructure at coal plants as well.

Included in the rate hike is $180 million in annual funding for the newly-created Energy Transition Assistance Fund, which funds various workforce initiatives.

The bill directs the Department of Commerce and Economic Opportunity to create the Clean Jobs Workforce Network program, which establishes 13 hubS in different communities across the state that rely on community-based organizations to provide job training and a career pipeline for equity-focused populations.

Other programs include a preapprenticeship program to prepare individuals for the renewable energy infrastructure workforce; and a contractor incubator to aid small clean energy businesses.

It also establishes a “Climate Bank” within the Illinois Finance Authority to help fund renewable projects, as well as a Jobs and Justice Fund, run by a nonprofit entity, aimed at ensuring “the benefits of the clean energy economy are equitably distributed.”  Another program aims to train individuals recently released from incarceration for careers in the renewable energy field.

It will also require the Illinois Commerce Commission to investigate whether ComEd misused ratepayer funds in connection to an ongoing federal investigation of the company’s Springfield influence, and if it is found that they did, the money must be returned to ratepayers.

The bill also sets a goal of putting 1 million electric vehicles on Illinois roads by 2030, aiming to do so through incentives, such as offering rebates on the installation of charging infrastructure in certain communities, provided prevailing wage is paid on the construction labor.

It also creates a Displaced Energy Worker Bill of Rights, requiring the Department of Commerce and Economic Opportunity to give advance notice of power plant or coal mine closures and to notify workers of available assistance programs.