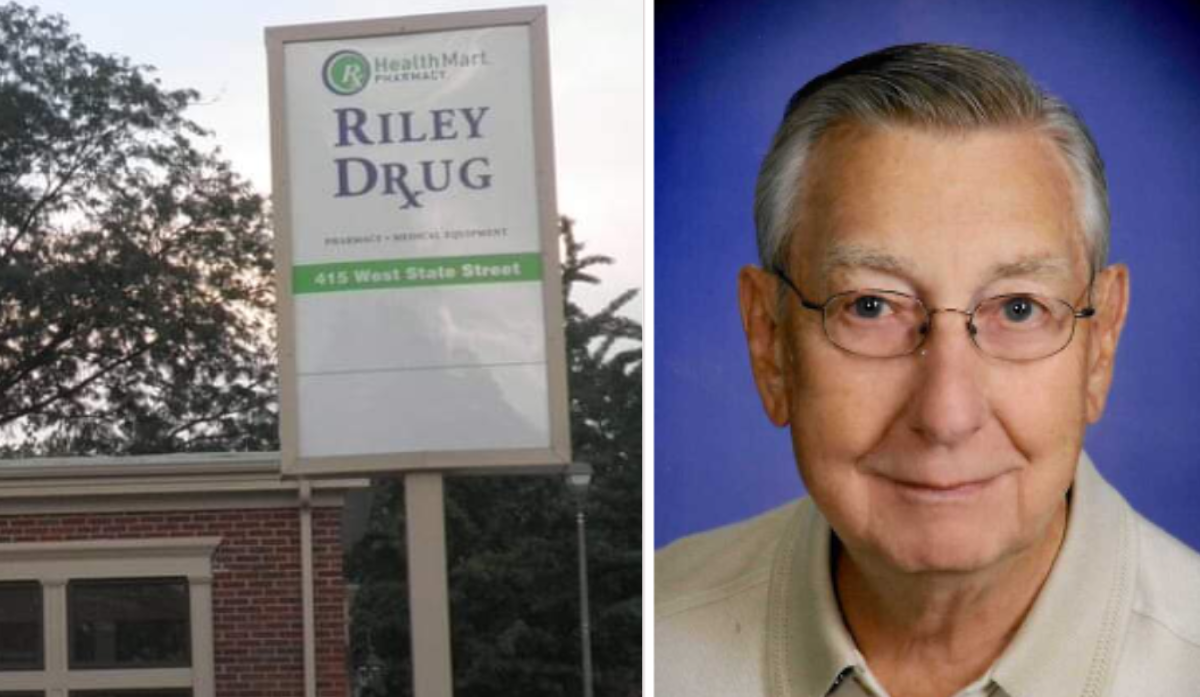 Jim Riley, the founder of Riley Drug in Geneva and longtime community leader, died peacefully at his home Thursday. He was 94 years old.

Riley, born in Albion, Nebraska, founded Riley Drug in 1967 by purchasing Wayne Drug in Geneva. This followed a successful career at Walgreens and a stint in the United States Army.

As Geneva grew, so did Riley’s involvement in the city.  He was very active in Geneva holding positions on the Planning and Parking Committee, First National Bank of Geneva Board and Chamber of Commerce.  He was proud to be a Wood Award Recipient in 1999.  He also served as a city Alderman.

As Riley Drug flourished, Riley’s brother Tim joined him, allowing he and his wife Florence an opportunity head south to Naples, Florida, for a portion of the winters which they enjoyed for many years. After 54 years of marriage, Florence passed away in 2009.  Jim moved to Greenfields of Geneva where he lived until his death.

In 2020, following the expansion of Walgreens and CVS in Geneva, Tim Riley announced the closing of Riley Drug, ending 55 years of service to the Geneva community.

Riley was preceded in death by his parents, his 3 siblings, Margaret Pruckler of Denver Colorado, Richard Riley of Arvada Colorado, Don Riley of Omaha Nebraska, and his wife Florence.

Funeral arrangements can be accessed at Malone Funeral Home.