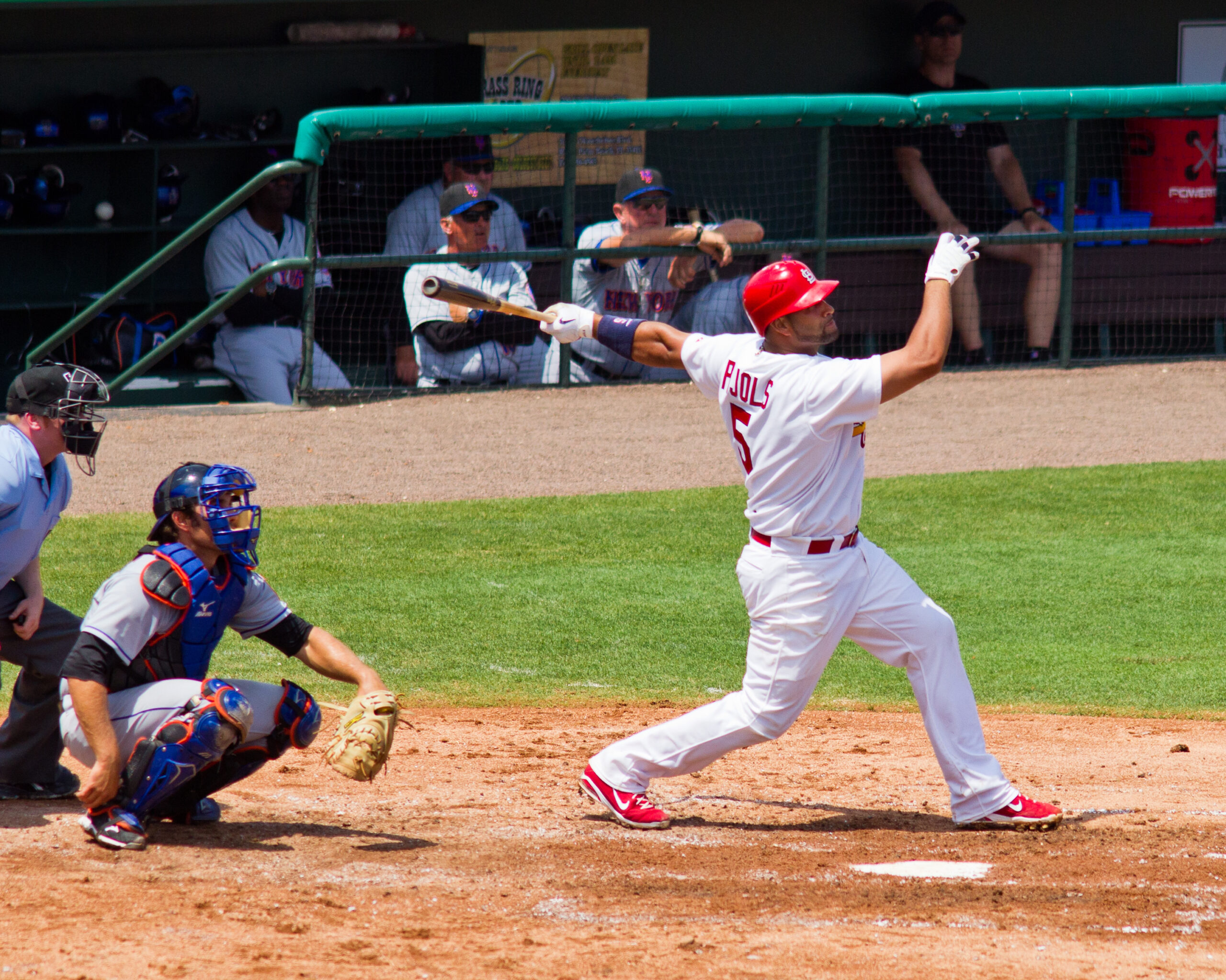 And this by a guy who’s something like 90 years old and only came back to St. Louis (after 10 years wandering in the desert that is the California Angels) to set up his retirement plan.

Albert Pujols, the once and future Redbird and bane of the Chicago Cubs (what Cardinal isn’t?), hit his 700th career home run last night, becoming one of only 4 major leaguers to do so. He joins Barry Bonds, Hank Aaron and Babe Ruth in the 700-homer club.

Pujols reached his mountaintop in Los Angeles at Dodger Stadium, and became the first player to hit numbers 699 and 700 on the same night.

For Cubs fans, who, in George Will’s felicitous phrase, are “98% scar tissue,” Pujols’ achievement simply reinforces their Job-like status in the sports world.

But there is at least one bright spot.