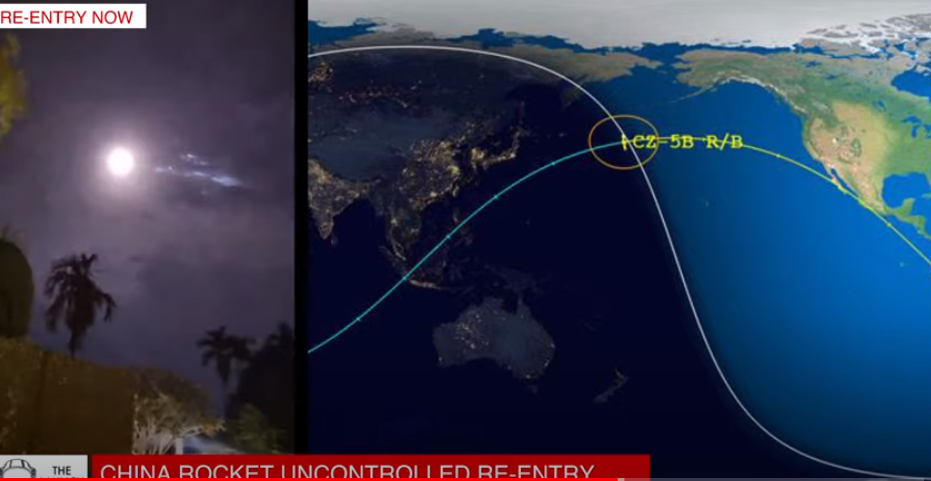 Because the trajectory information regarding the rocket, which was used to launch a Chinese satellite into orbit, had been kept secret by the communist government of China, the potential re-entry point into the atmosphere was difficult to assess. Earlier projections this morning had a potential re-entry just south and west of Chicago.

Here is a video of the remains of the rocket falling to earth just offshore of the small Philippines island of Palawan. The relevant portion begins at roughly 3:02:20.

NASA officials had harsh words for the Chinese Space Agency regarding its unwillingness to provide trajectory or other information for the rocket.

NASA Administrator Bill Nelson on the reentry of the Long March 5B rocket…. pic.twitter.com/nYcvlmjxKF

No other information is available at this time.