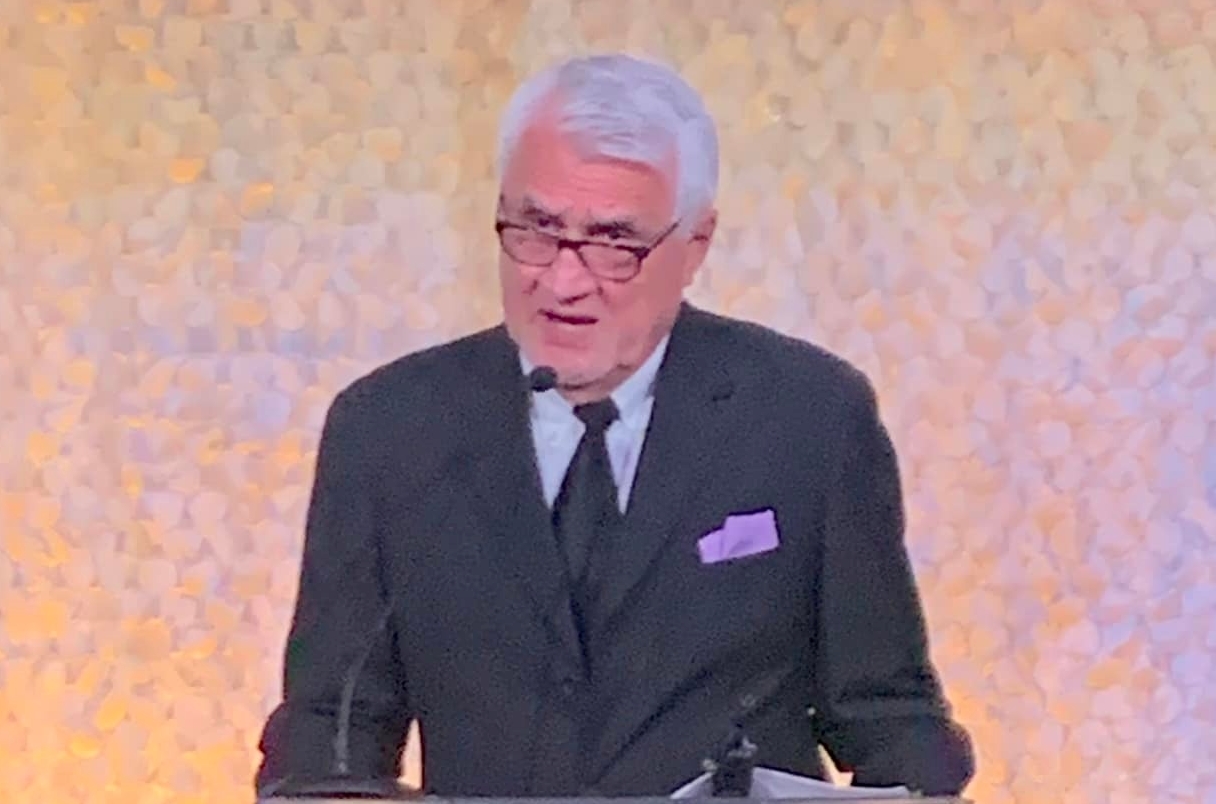 Ray Rogina, former two-term mayor and lifetime educator in St. Charles, has been given the prestigious Charlemagne Award, the highest honor bestowed by the City of St. Charles.

Rogina, co-host of the new-launched Just A Coupla Guys podcast, was presented the award at the 100th Charlemagne Awards Gala at the Q Center Friday evening.

Rogina has been a public servant in St. Charles for over five decades. He taught in St. Charles schools for 30 years, culminating at St. Charles East High School as the head of the business education department. He was an alderman for two terms and then mayor for another two terms. He declined to run for a third term in last year’s mayoral election.

Rogina remains active in the community, advocating and fundraising for the First Street Downtown Development Project, among other activities.

Earlier this year, Rogina teamed up with former Kane County Assistant State’s Attorney and Geneva lawyer Pat Crimmins to launch the Just A Coupla Guys podcast, which aims to educate and entertain listeners about both St. Charles and the Fox Valley as a whole.

“What a great recognition for Ray and his family,” Crimmins commented. “His career in public service spans decades and it’s heartening to see him recognized for it. St. Charles is so very fortunate to have had Ray’s service and now his legacy. His work continues and we are all better for it.”

Rogina was typically humble in accepting the award.

“I’ve been a public servant in this community for five decades and this certainly is a great honor,” he said. “But I will never take any credit personally. Whether it was education and teaching or as alderman and mayor, it was a team effort.”