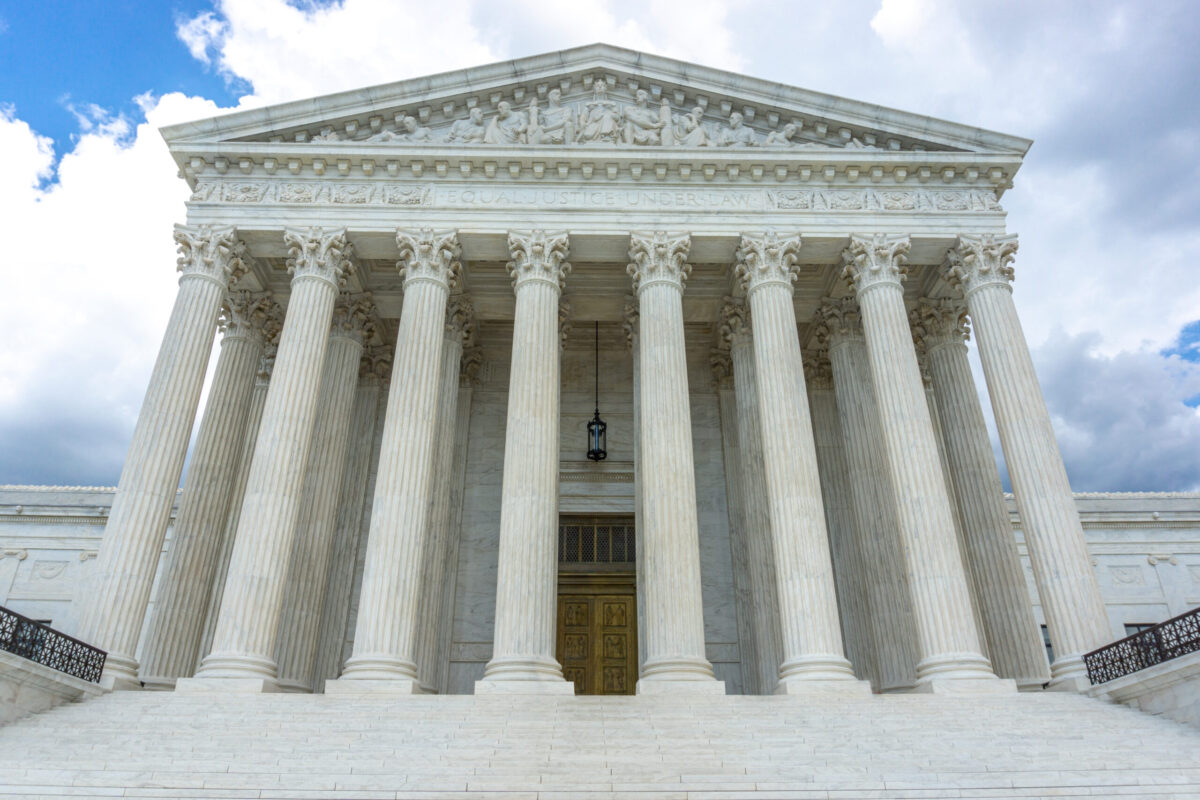 In a stunning turn of events, political journal Politico reported yesterday that it had obtained a draft majority opinion signed by Justice Samuel Alito striking down the Court’s controversial 1973 Roe v Wade decision that declared abortion a fundamental right protected under the Constitution.

A source told Politico that four other justices – Clarence Thomas, Neil Gorsuch, Brett Kavanaugh and Amy Coney Barrett – had voted with Alito in the conference held among the justices after hearing oral arguments in December. The source also indicated that three liberal justices – Stephen Breyer, Sonia Sotomayor and Elena Kagan – are working on dissents.

It is unknown where Chief Justice John Roberts stands.

The opinion is nothing if not categorical in its condemnation of Roe as a judicial decision.

“Roe was egregiously wrong from the start. Its reasoning was exceptionally weak, and the decision has had damaging consequences. And far from bringing about a national settlement of the abortion issue, Roe and Casey [the 1992 SCOTUS decision reaffirming Roe] have enflamed debate and deepened division.”

“It is time to heed the Constitution and return the issue of abortion to the people’s elected representatives.”

While it certainly appears that the Court has a majority of votes to overturn Roe, it is not unheard of for justices to change their positions during the back-and-forth of draft opinions that comprises the deliberation process in the Court. Opinions are not final until formally issued by the Court, in this case expected to be sometime in June or early July.

Almost as stunning as the draft opinion is the unprecedented nature of the leak. As Politico notes, “no draft decision in the modern history of the court has been disclosed publicly while a case was still pending. The unprecedented revelation is bound to intensify the debate over what was already the most controversial case on the docket this term.”

Liberal activists and politicians, largely Democratic, have in recent years attempted to direct intense public pressure on SCOTUS justices to vote their preferred way, going so far as to threaten expansion of the Court from its current 9 members to as many as 23, in an effort to dilute the current ideological balance of the Court (roughly 5-3 in favor of “originalist” justices over “activist” judges – the ninth justice, Chief Justice Roberts, has proven to be something of a chameleon).

In another unprecedented event in early 2020, then-Senate Minority Leader Chuck Schumer (D-NY) stood on the steps of the Court building and screamed “I want to tell you, Gorsuch; I want to tell you, Kavanaugh: You have released the whirlwind, and you will pay the price,” while the justices were hearing arguments in a critical Louisiana abortion case. “You won’t know what hit you if you go forward with these awful decisions.”

Schumer was roundly rebuked for his remarks, including a rare public rebuke from the Chief Justice, and later apologized.