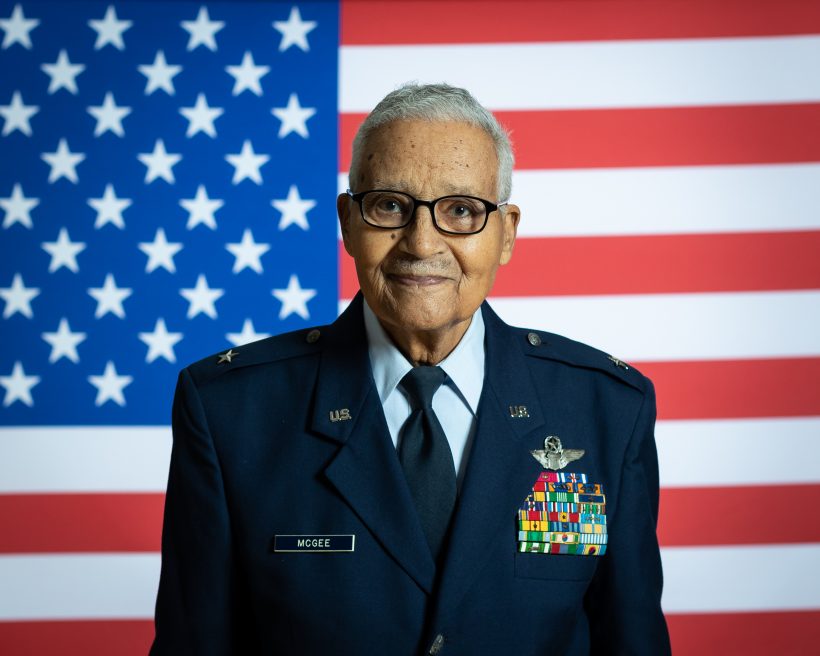 Retired Brigadier General Charles McGee, part of the pioneering all-Black Tuskegee Airmen during World War Two and one of its most decorated pilots, died on Sunday at the age of 102, his family said in a statement.

McGee, who flew 409 combat missions spanning World War Two, Korea and Vietnam, died in his sleep Sunday morning, a family spokesperson said. “He had his right hand over his heart and was smiling serenely,” his youngest daughter Yvonne McGee said in a statement released by the spokesperson.

“Being brought up, they say African-American or Black, but we’re American and our country was at war,” McGee told Reuters in 2016.

“We were just as interested in supporting that effort as anybody else at that time and so we turned our back on the fact that there was segregation, if you will, and took advantage of the opportunity to prove that we can fly airplanes,” he added.

“Today, we lost an America hero,” Secretary of Defense Lloyd Austin said on Twitter. “While I am saddened by his loss, I’m also incredibly grateful for his sacrifice, his legacy and his character. Rest in Peace, General.”

“Today, we lost an American hero, Brigadier General Charles McGee,” Harris wrote in a tweet. “A member of the Tuskegee Airmen, he completed over 400 missions during World War II, Korea, and Vietnam. I had the honor of calling him last month on his 102nd birthday to thank him for his service to our nation.” /

Beyond his extraordinary battlefield service, McGee’s largest accomplishment may have been his, along with the other Tuskegee Airmen, influence on attitudes within the military. He and they have been credited with strongly influencing President Harry Truman’s desegregation of the military just after the end of World War II in 1947.

In 2007, President George W. Bush honored the Tuskegee Airmen with the Congressional Gold Medal, the highest civilian award given by Congress.