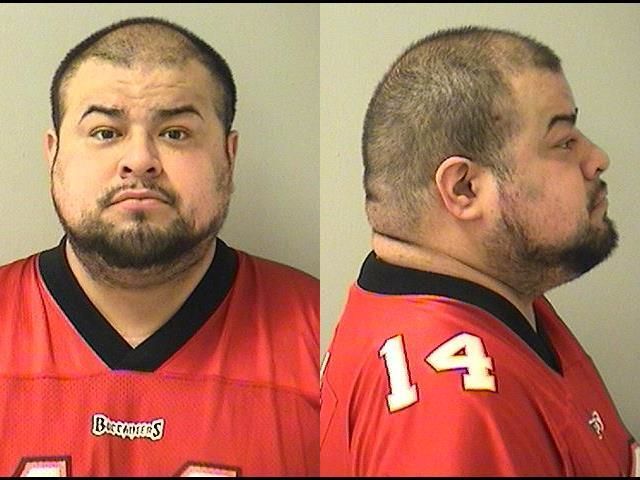 A Kane County jury has convicted 42-year-old Serafin A. Castellanos of Oswego in the March 2017 murders of 35-year-old Jermaine Taylor and 57-year-old Anselmo Fernandez, both of Aurora.

The jury deliberated for about three hours before it reached guilty verdict for the offenses of:

“This was an indiscriminate and intolerant act of violence in the community that we will not stand for,” said Kane County Assistant State’s Attorney Bill Engerman. “My thanks to the Aurora Police Department for working with us to organize the evidence we presented to the jury. They conducted a thorough investigation that did not end when we charged Mr. Castellanos. My thanks also to ASA McCall, and to victim advocates Martha Martinez and Linda Hagemann for their work.”

At approximately 1am on Friday, March 10, 2017, Castellanos approached Taylor, who had just left La Flama de Oro restaurant and bar in the 700 block of South Lincoln Avenue, Aurora, and fired a single shot from a handgun, striking Taylor in the torso. Castellanos then fled on foot east on Simms Street. As he ran, Castellanos turned and fired eight more shots in the direction of the restaurant door as patrons were leaving because the establishment was closing for the night. A bullet struck Fernandez, who was standing outside the door, and another bullet struck a third victim, who was in his car. Taylor and Fernandez were pronounced dead a short time later at a local hospital. The surviving victim was struck in the face and suffered a permanent eye injury.

Castellanos was charged 10 months later after a lengthy and thorough investigation.

Kane County Judge Alice C. Tracy set Castellanos’ next court appearance for 9 a.m. Feb. 22, 2022, in Courtroom 313 at the Kane County Judicial Center for motions and sentencing. Castellanos faces a mandatory sentence of life imprisonment in the Illinois Department of Corrections because he has been convicted of two murders.

Castellanos remains in custody at the Kane County jail, where he has been held in lieu of $5 million bail since his arrest. Judge Tracy revoked bond upon conviction.