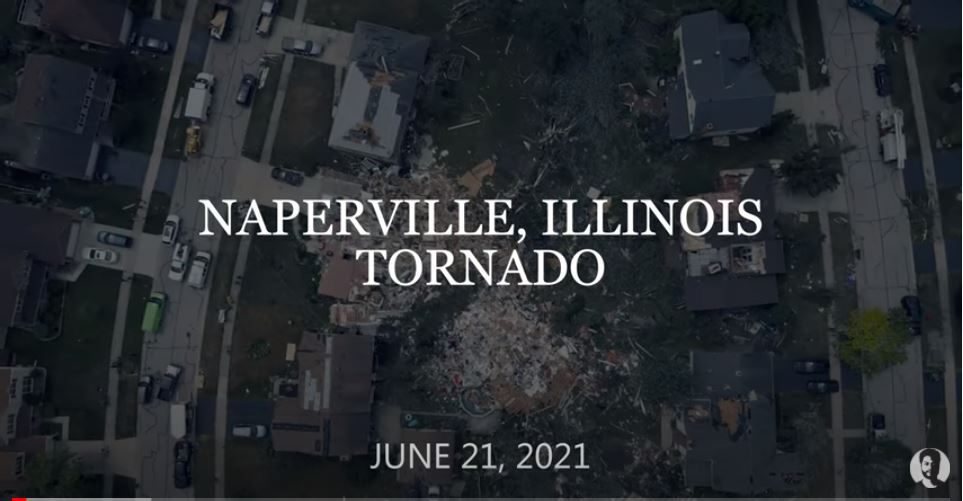 The devastation of large swaths of Kentucky by tornadoes this weekend prompted memories of the  tornado that tore through Naperville and adjacent communities back in June.

To be sure, the events are not comparable in terms of size, damage and loss of life.

But for many, the violence and destruction of a major tornado is simply not to be forgotten.

Here are some visual reminders of that event.

Local cinematographer and entrepreneur James Buzzard used his skills to capture some of the devastation of yesterday’s extraordinary tornado in Naperville and Woodridge.

Chicago & Midwest StormChasers caught what ended up being an F-3 level tornado before it hit Naperville.