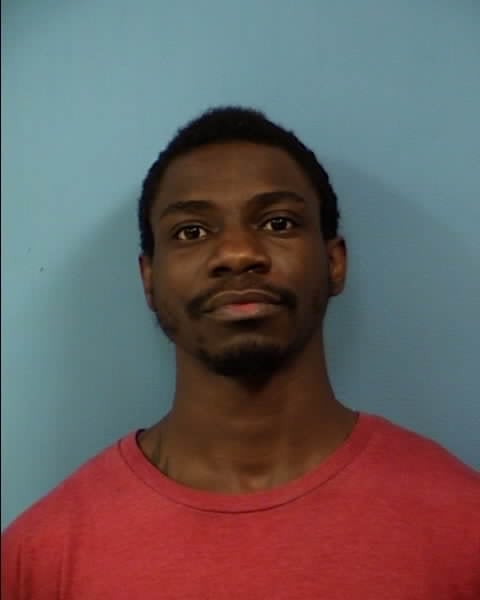 A Hoffman Estates man who, along with an alleged accomplice, pleaded guilty to starving two dogs to death was sentenced to 3 years in prison yesterday, the maximum allowed by state

DuPage County State’s Attorney Robert Berlin announced today the first of two individuals accused of starving two dogs to death has been sentenced to three years in the Illinois Department of Corrections, the maximum available penalty. Andre Norris, 29 of 1768 Queensbury Circle, Hoffman Estates, appeared in court this morning where he entered a plea of guilty to three counts of Aggravated Cruelty to Animals (Class 4 Felony) in front of Judge Michael Reidy, who handed down the sentence. Norris’ co-defendant, a 21 year-old woman of the same address, has also been charged in the case. Her next court appearance is scheduled for November 10, 2021.

“The conditions in which Mr. Norris kept these poor, defenseless animals were just sickening, and the manner in which they died is heartbreaking…With Mr. Norris responsible for their well-being, Otis and Bubba never stood a chance. They both died a horrible, painful unnecessary death, as a result of not being fed or properly cared for.”

On March 2, 2020, Naperville Officers and Naperville Animal Control personnel responded to a trail area regarding the disposal of dead German Shepherd. The German Shepherd, later identified as Meliodas, or “Otis”, was found wrapped in a bed sheet in a storage container in a wooded area near a drainage ditch. He weighed approximately twenty pounds, while this type of dog should normally weigh approximately seventy pounds.

An investigation into the matter led authorities to Norris and his alleged accomplice as the alleged owners of Otis. The investigation also found that the defendants had allegedly owned at least two other dogs, Scooby and Bubba. Through the detectives’ investigation, it was learned that none of the dogs had many visits to the veterinarian.

On March 12, 2020, a search warrant was executed on the defendants’ home. When investigators arrived, they allegedly found Scooby, a German Shepherd/Hound mix, in a rusted dog crate, filled with animal feces, blood, and urine. He weighed approximately twenty pounds, was severely undernourished, could not walk, had massive sores including one where you could almost see his bone, and had feces stuck in his fur.

Bubba, a Corgi, was not located at this time. Through their investigation, authorities learned that Bubba had allegedly died in the first week of March. Investigators subsequently found Bubba in a field wrapped in a sheet where Norris and his accomplice allegedly dumped him. Both Otis and Bubba were sent to the University of Illinois Veterinary School for a necropsy where it was determined that Otis died from canine parvovirus, starvation and rat poisoning. Bubba, who weighed only four pounds when he was found, died of severe starvation.

“The conditions in which Mr. Norris kept these poor, defenseless animals were just sickening, and the manner in which they died is heartbreaking,” Berlin said. “With Mr. Norris responsible for their well-being, Otis and Bubba never stood a chance. They both died a horrible, painful unnecessary death, as a result of not being fed or properly cared for.

“Thankfully, Scooby has made a full recovery and is living happily with his foster family. I thank Naperville Animal Control, the University of Illinois College of Veterinary Medicine, Michigan State University College of Veterinary Medicine, VCA Boulder Terrace and Care Animal Clinic of Plainfield for their assistance on this case. I also thank Assistant State’s Attorneys Alyssa Rabulinski and Jaclyn McAndrew for their efforts on this very sad case.”

Norris was taken out of court immediately following today’s hearing to begin serving his sentence. He will be required to serve 50% of his sentence before being eligible for parole.