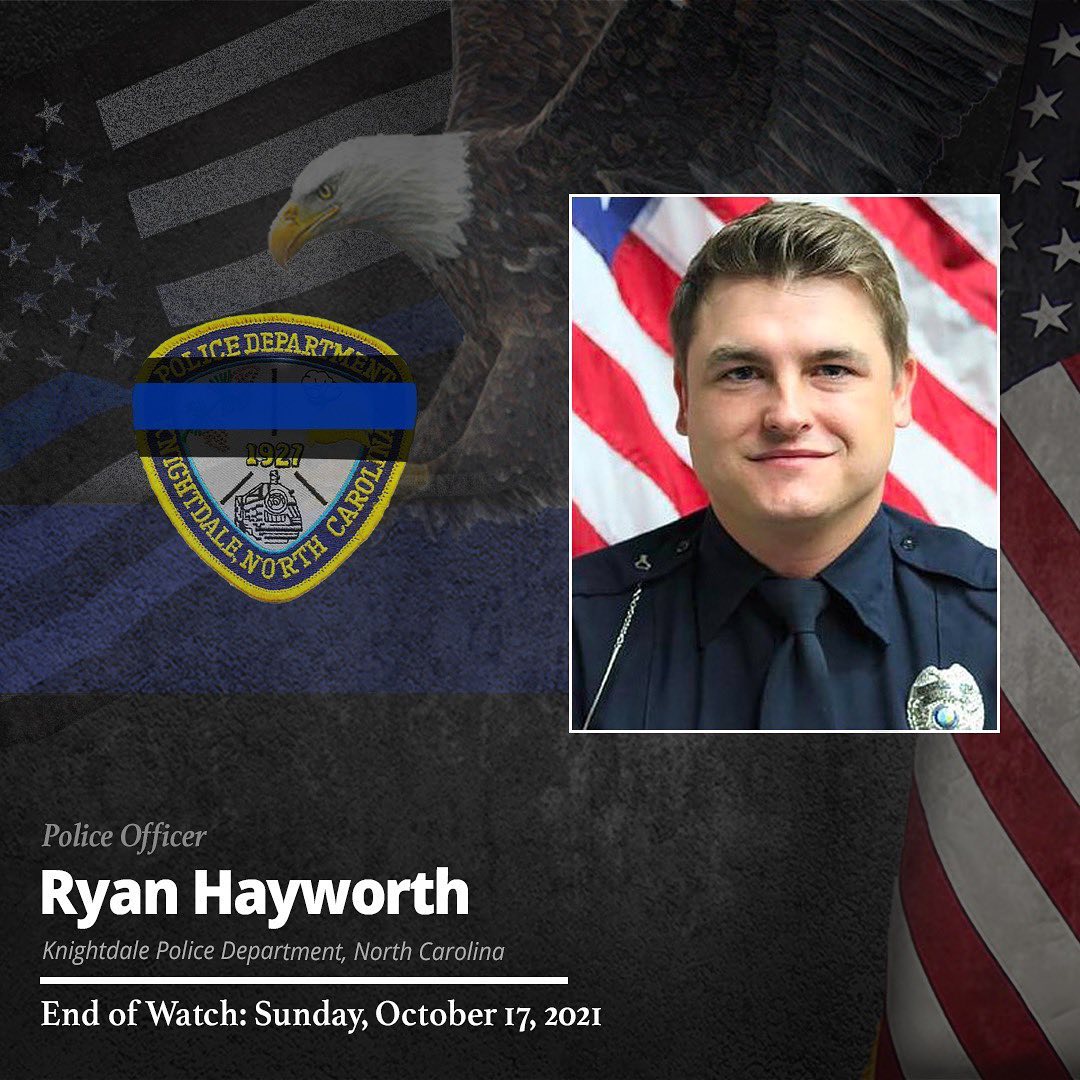 Kane County Sheriff Ron Hain announced yesterday that his office’s flags will be flown at half staff this weekend in honor of the death of North Carolina police officer Ryan Hayworth, who was killed in the line of duty last Monday.

“He may not be a local officer,” Hain wrote, “but he has family that lives locally. Now, more than ever, we need to stand behind those that raise their right hand, take the oath, and wear the badge. They are the thin blue line between peace and anarchy.”

Officer Hayworth, along with his training officer, were at the scene of a crash when their patrol car was struck by another vehicle after the driver failed to move over or reduce speed.

Officer Hayworth suffered fatal injuries in the collision. His training officer, the original accident victim and the suspected drunk driver were all seriously injured.

Officer Hayworth was a U.S. Army veteran. He had served with the Knightdale Police Department for only three months.