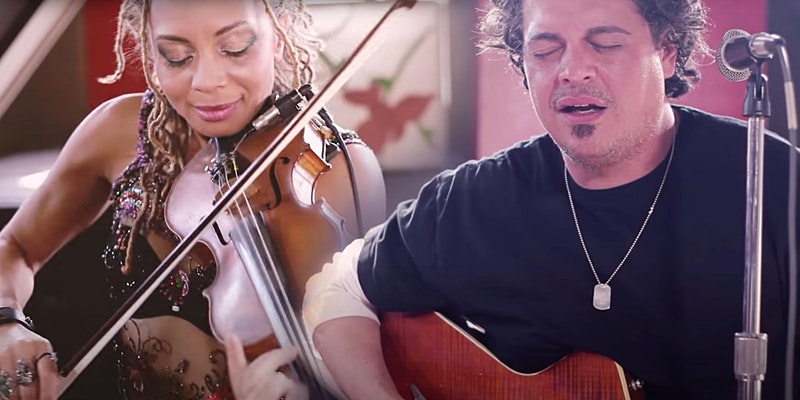 Founding members of The Flat Five, Nora & Casey have been sharing the stages of Chicago and the US for 20 + years!

Both bring a very unique voice to all of their projects. Casey spends his time playing in a number of bands around Chicago, including The Western Elstons. He tours national and international with NRBQ. Nora is currently working on her third solo album and when she’s not playing w/ Casey and The Flat Five she spends time on the road touring with Neko Case, Iron and Wine and most recently The Decemberists. These 2 southsiders have hundreds of songs between them, always a good time!!!

Although it’s been reported that “Anne Harris plays violin like [Buddy] Guy wields his guitar,” (Orange County Register) and her recognition within the Blues community notwithstanding, she is decidedly not a straight-ahead Blues player. “I’m a true hybrid; I guess I’m a true American. I’m influenced by myriad genres,” Harris said. “To me, whatever particular kind of music we’re playing, whatever bin the music is supposed to fit in at the record store; it’s sort of a nebulous thing. Soul music is soul music, and that can come through a classical format, a blues format, a Celtic format or bluegrass.”

In Chicago, blues man Dave Herrero teamed up with his brother, acclaimed hip-hop producer Mike Hero, and old friend and accomplished songwriter, Felix Reyes, who together produced Dave’s second album, “Austin to Chicago,” which garnered a nomination for the 2009 Illinois Blues Blast Award Debut Artist of the Year. During this time, Dave and his brother also started a production company, TrackForce Productions, and began making music for Harpo Productions (The Oprah Winfrey Show / The Dr Oz Show) and he was asked by Chicago Blues / Soul legend Jimmy Burns to co-produce his album, “Stuck in the Middle.”

Since his move from Austin to Chicago, Dave has toured Europe countless times, started a blues in schools program with Foundations of Music and has been blessed to share the stage with many of his heroes, including the man who inspired him to make music his life, Mr. Buddy Guy.

All patrons will need to be fully vaccinated with an FDA emergency use-authorized vaccine in order to attend a show at The Venue. Proof of vaccination must be shown at the Box Office entrance, along with a photo I.D. to enter the event space. Patrons must be masked at all times, including during the show, except while consuming beverages while seated. Masks must cover the nose and mouth.

The Venue is located at 21 South Broadway in Aurora.