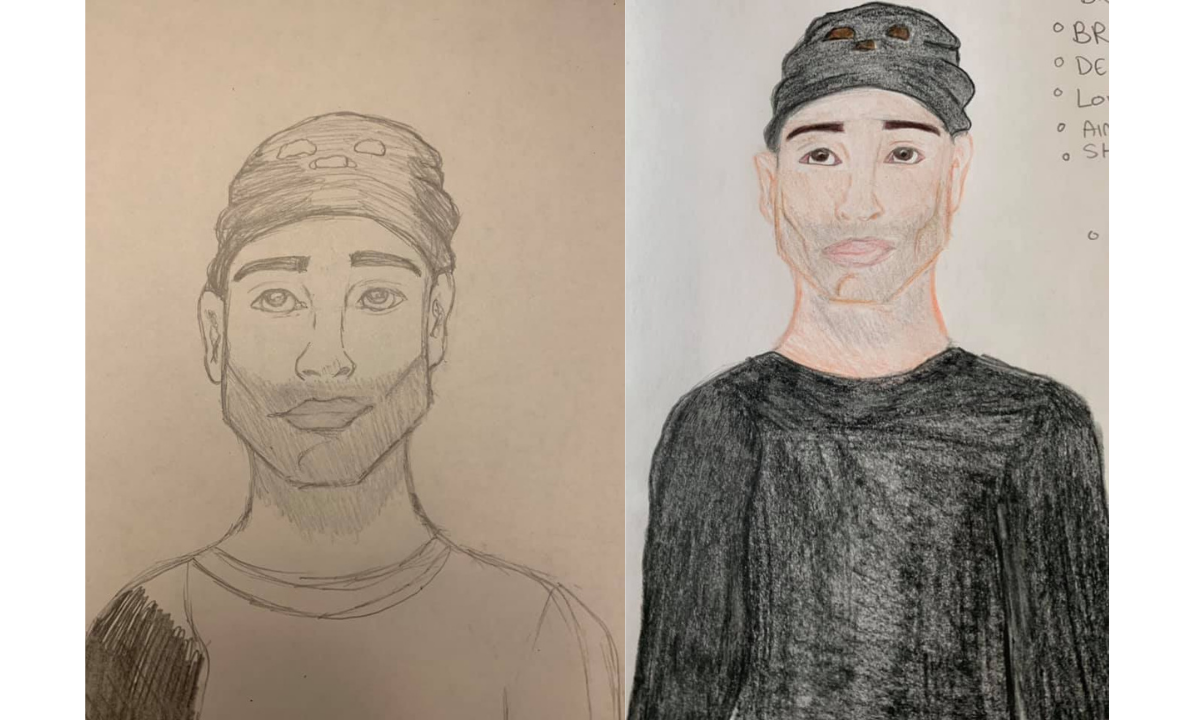 [Note: An earlier version of this story indicated that Winfield police were informed on Tuesday evening and assisted in creating the sketch. We were misinformed by our source. Winfield police were notified, in fact, Wednesday morning at approximately 10am. We regret the error.]

Winfield residents are feeling some anxiety after reports of an alleged child abduction near downtown Winfield Tuesday evening.

WINFIELD : There is a Caucasian man about 6 ft tall, thin, wearing dirty jeans, black hoodie, black ski cap that he pulls down to a mask creeping around Winfield. He tried to abduct my 13 year old near Beecher Ave and East Street Park near downtown Winfield at approximately 7:00 pm tonight.

He almost caught her. He chased her down a path near the woods and East Street Park. She ran to the nearest house on Beecher Avenue looking for help and was hiding in their back yard behind their wood pile. The man trying to find her paced back and forth in front of the house searching for her and she was too terrified to move. The homeowner saw her hiding in his rear yard and came outside. He chased the man. She made it out ok, but this person is dangerous. God only knows what would have happened if he caught her.

There are other reports of him in Winfield walking around parks near the tracks and wooded areas near the tracks. The police need to find him and get him out of here. He’s been seen here roaming around for about a week. He seems to come out of nowhere and he waits in wooded areas near walking paths. Pass it on if you know anyone who lives in the area. Someone is going to get hurt if he is not caught.

Winfield police were notified on Wednesday morning and are investigating.

Anyone having any knowledge of this incident or the whereabouts of the suspect should call the Winfield police at (630) 933-7160.