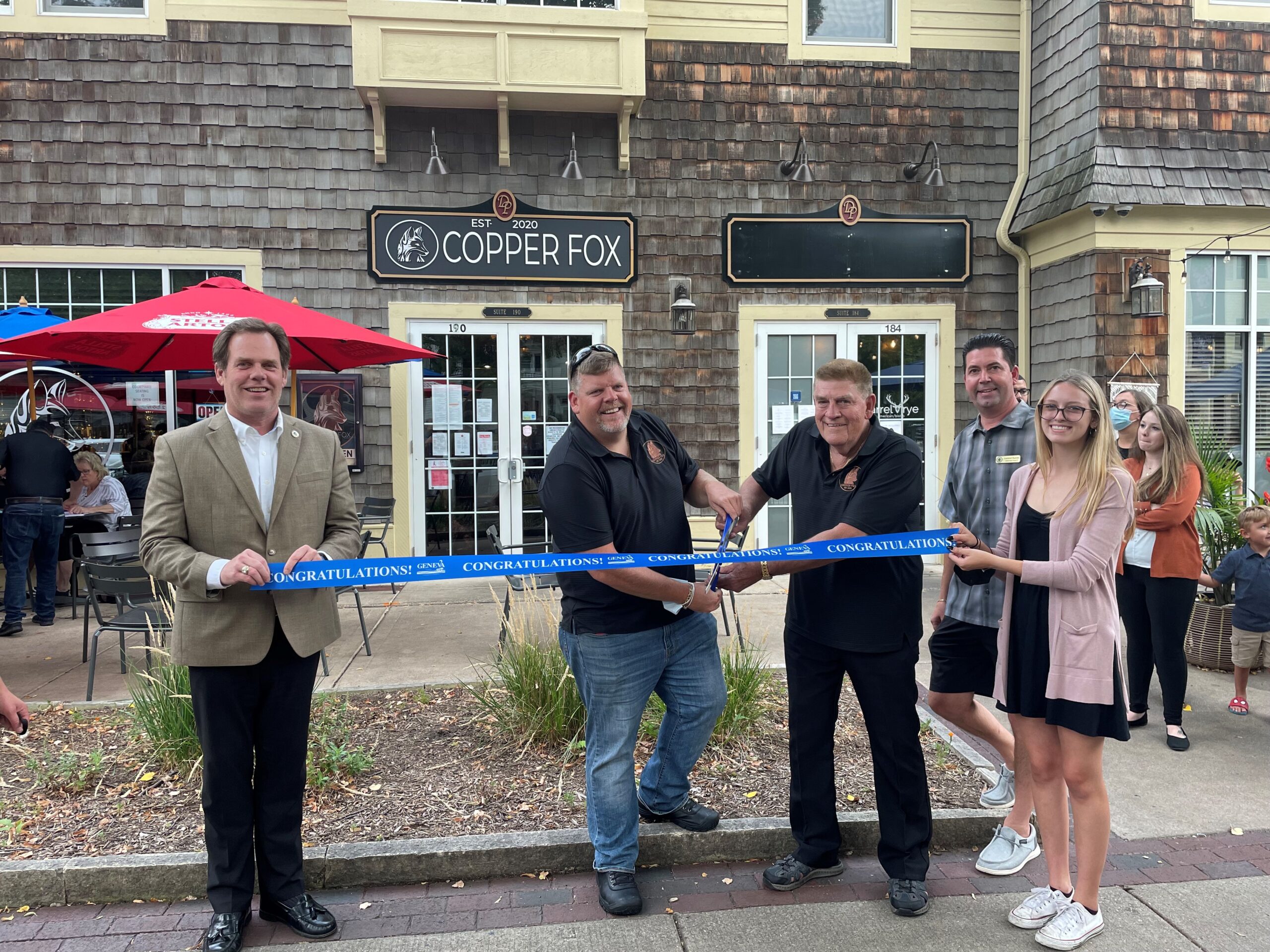 The father and son owners cut the ribbon surrounded by their employees and supporters, including City of Geneva Mayor Kevin Burns and Alderman Gabe Kaven.

Copper Fox, which opened in April, is a combination “craft bar and event space” residing in the former Wildfire venue on Third Street in Geneva. The venture includes an upscale bar open to the public and two event spaces available for group outings, corporate events, weddings and similar gatherings.

“The two event spaces are geared towards anything from family gatherings and pharmaceutical dinners, to weddings and class reunions, family – big-time events,” K.C. Gulbro told Fox Valley Magazine in an exclusive interview. “Future cooking classes, mystery dinners, a whole lot of fun stuff. Kind of giving our chefs and myself a little culinary playground to play with.”

“With the bar area itself, the bar at Wildwood was so popular – everybody seemed to love that – we decided to keep that as a bar, open to the public. We’re going with a craft kitchen and bar concept, where we’re doing some really nice mixology. You get your old fashioned, we’ve got some amazing wine on the wine list. We’re doing some wines by the glass you don’t usually get, that are usually bottle only, such as Prisoner, Unshackled, a couple others that are usually $40 to $60 a bottle are going to be available for $15 to $25 dollars a glass.”

“For the kitchen, we got some international inspiration. It’s me and my sous chef, Nate Gallas. We came together with the menu that features some international flair and some American comfort food. So it’s kind of like “supper club gets a passport.”

“We’ve got a lot of different appetizers we’re bringing in that have some international street food flair. It’s kind of a cool concept.”