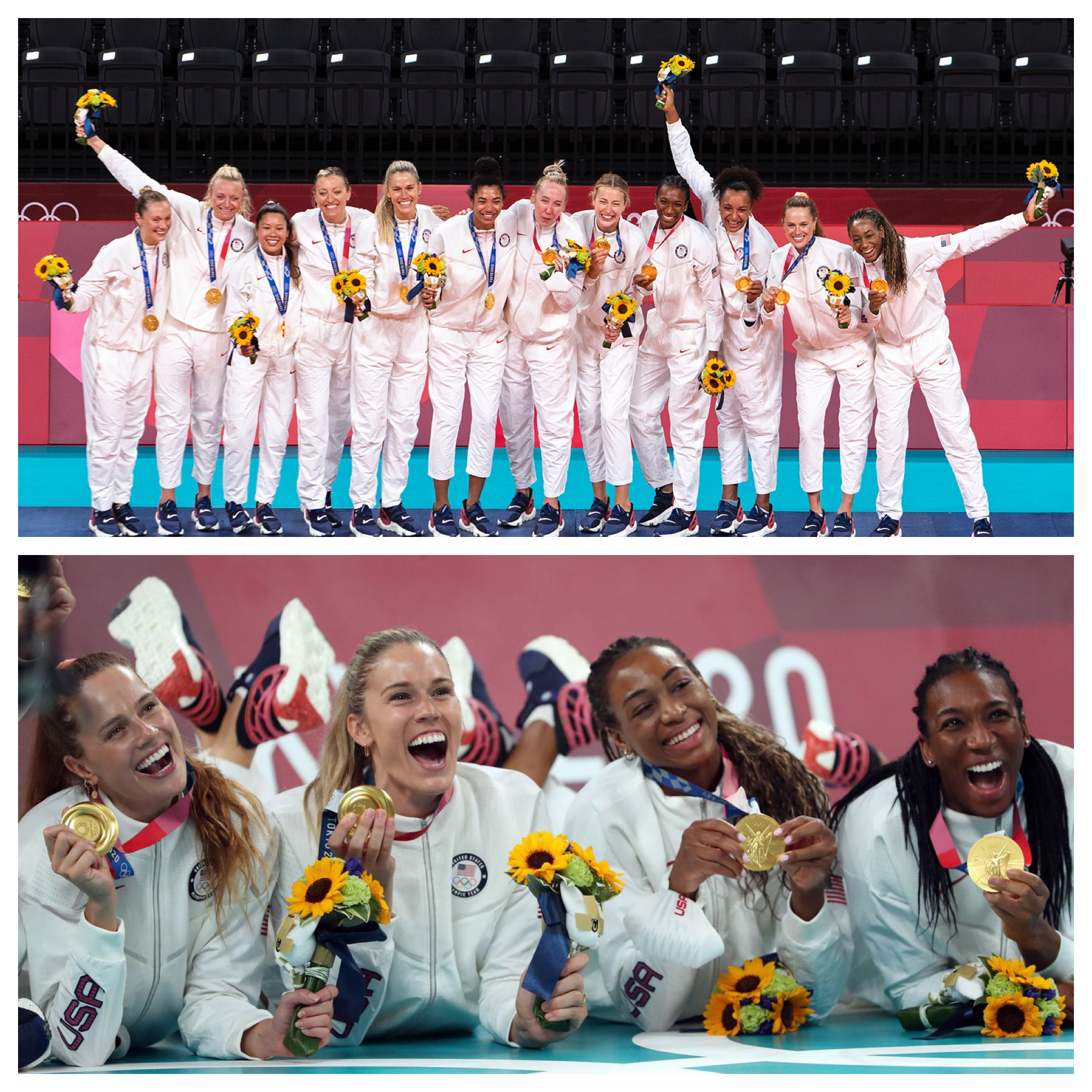 Robinson, an outside hitter playing in her second Olympics, picked up her second medal, adding gold to the bronze the team won in 2016.

Robinson was born in Wheaton but grew up in Bartlett, while going to high school at St. Francis High School in Wheaton, then attending the University of Nebraska on a volleyball scholarship.

Previously, the United States had won three silver medals and two bronze since first getting on the medal stand in 1984. It got to the pinnacle this time by beating the team that denied it a chance at gold in the final match of both the 2008 and 2012 Olympics.

“The goal here was not to help Karch win a fourth gold medal,” said coach Karch Kiraly, himself a former gold medalist for the US men’s volleyball team in 1984 and 1988, during an interview with ESPN. “The goal was to help the USA women become Olympic champions. It was more powerful in some ways for me today than when I was a player, because the first Olympics I played in, we won. We didn’t come close and lose, come close and lose, come close and fall short. It makes it taste and feel much more special when you go through the hard times.”

In the bronze medal game, Serbia beat South Korea 25-18, 25-15, 25-15 to go home with a women’s volleyball medal for the second straight Olympics. The Serbians won silver in 2016 for their first medal in the sport.