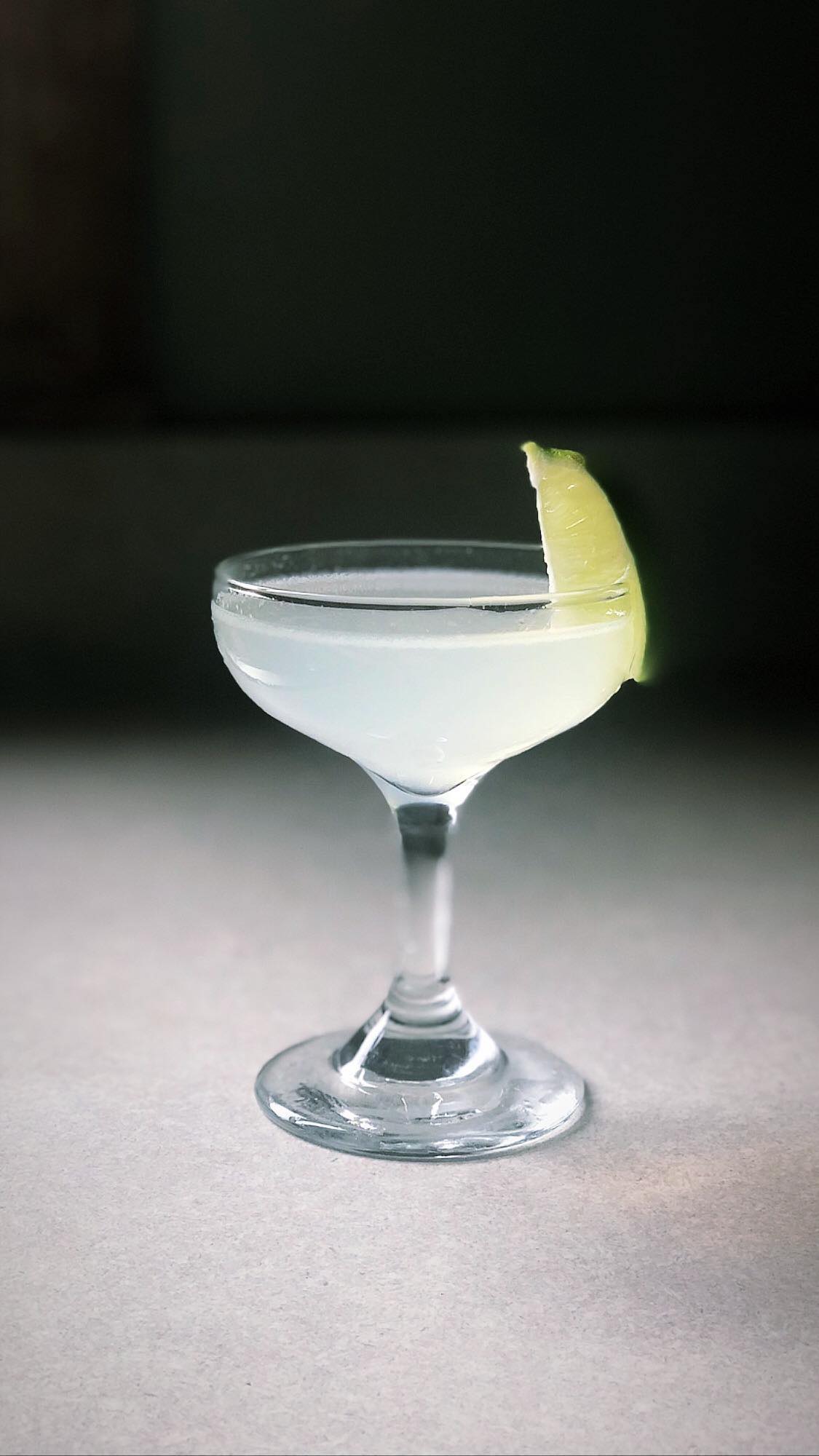 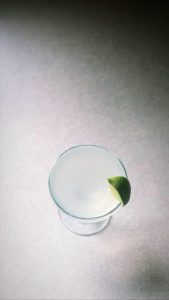 Unlike so many cocktails, most cocktail historians agree on the creator of the daiquiri, Jennings Stockton Cox, and its birthplace, the iron mines of Daiquiri in Cuba.

The American engineer, who came to Daiquiri following the American-Spanish war of 1898, established a rum and tobacco ration for the workers in the iron mines. The original recipe for the daiquiri did not feature limes.
According to The Alcohol Professor, Cox combined sugar, rum, mineral water, crushed ice, and lemon juice in quantities large enough to create a punch designed to serve six people, calling the concoction a “daiquiri” in honor of its birthplace.

However, there is another version that comes from Jennings Cox’s granddaughter. She relates that this cocktail was invented when Cox received American guests, and ran out of gin, but did not want to offer a dry rum, so he made a cocktail with ingredients he had.

What we do know is the daiquiri is ridiculously good and refreshing!

Garnish with lime wedge, or not. Add lots of ice and all ingredients to your shaker tin, then shake vigorously for 15 seconds, fine strain into chilled coupe and enjoy the good vibes!