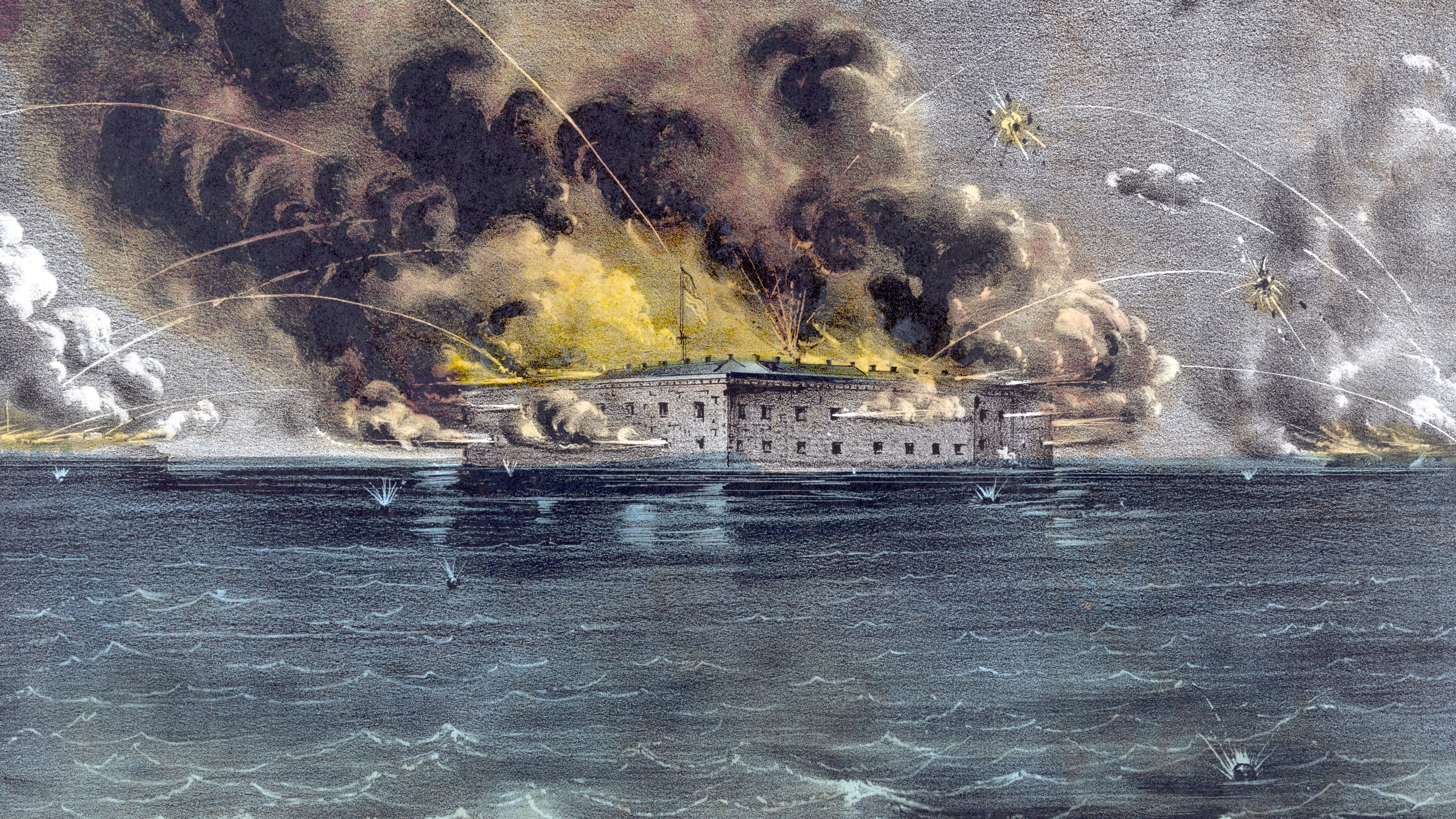 The surrender concluded a standoff that began with South Carolina’s secession from the Union on December 20, 1860. When President Abraham Lincoln sent word to Charleston in early April that he planned to send food to the beleaguered garrison, the Confederates took action. They opened fire on Sumter in the predawn of April 12. Over the next day, nearly 4,000 rounds were hurled toward the black silhouette of Fort Sumter.

On April 13, 1970, disaster strikes 200,000 miles from Earth when oxygen tank No. 2 blows up on Apollo 13, the third manned lunar landing mission. Astronauts James A. Lovell, John L. Swigert, and Fred W. Haise had left Earth two days before for the Fra Mauro highlands of the moon but were forced to turn their attention to simply making it home alive.

Mission commander Lovell reported to mission control on Earth: “Houston, we’ve had a problem here,” and it was discovered that the normal supply of oxygen, electricity, light, and water had been disrupted. The landing mission was aborted, and the astronauts and controllers on Earth scrambled to come up with emergency procedures. The crippled spacecraft continued to the moon, circled it, and began a long, cold journey back to Earth.

On April 13, 1964, Sidney Poitier becomes the first African American to win the Academy Award for Best Actor, for his role as a construction worker who helps build a chapel in Lilies of the Field (1963).

Poitier was born in 1927, while his parents were visiting the United States from the Bahamas, where his father was a tomato farmer. As a teenager, Poitier dropped out of school and returned to America to enlist in the U.S. Army during World War II. After his military stint, he became interested in theater and applied to the American Negro Theatre in New York City. Rejected initially because of his strong island accent, Poitier trained himself in American enunciation and reapplied, this time successfully. He debuted on Broadway in 1946 in an all-Black production of Lysistrata, and by 1950 he was appearing in Hollywood films, beginning with No Way Out.