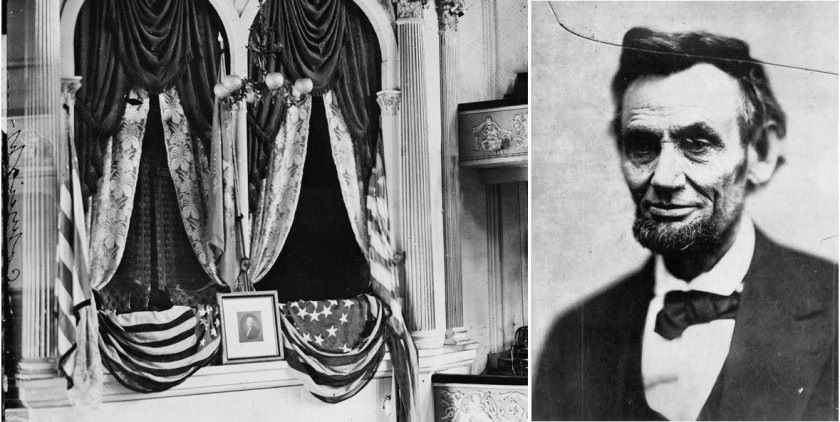 President Abraham Lincoln is shot in the head at Ford’s Theatre in Washington, D.C. The assassin, actor John Wilkes Booth, shouted, “Sic semper tyrannis! (Ever thus to tyrants!) The South is avenged,” as he jumped onto the stage and fled on horseback. Lincoln died the next morning.

Booth, who remained in the North during the war despite his Confederate sympathies, initially plotted to capture President Lincoln and take him to Richmond, the Confederate capital. However, on March 20, 1865, the day of the planned kidnapping, the president failed to appear at the spot where Booth and his six fellow conspirators lay in wait. Two weeks later, Richmond fell to Union forces. In April, with Confederate armies near collapse across the South, Booth hatched a desperate plan to save the Confederacy.

Leading Quaker educator and abolitionist Anthony Benezet called the society together two years after he persuaded the Quakers to create the Negro School at Philadelphia. Benezet was born in France to a Huguenot (French Protestant) family that had fled to London in order to avoid persecution at the hands of French Catholics. The family eventually migrated to Philadelphia when Benezet was 17. There, he joined the Society of Friends (Quakers) and began a career as an educator. In 1750, Benezet began teaching slave children in his home after regular school hours, and in 1754, established the first girls’ school in America. With the help of fellow Quaker John Woolman, Benezet persuaded the Philadelphia Quaker Yearly Meeting to take an official stance against slavery in 1758.

Soviets agree to withdraw from Afghanistan

In 1978, a Soviet-backed coup in Afghanistan installed a new communist government under Nur Mohammad Taraki. However, in 1979, a second coup toppled Taraki’s government in favor of Hafizullah Amin, a Muslim leader less favorable to the Soviets. In December 1979, Soviet tanks and troops invaded Afghanistan, and Amin was murdered in a Soviet-backed coup. Babrak Karmal, a product of the KGB, was installed in his place.