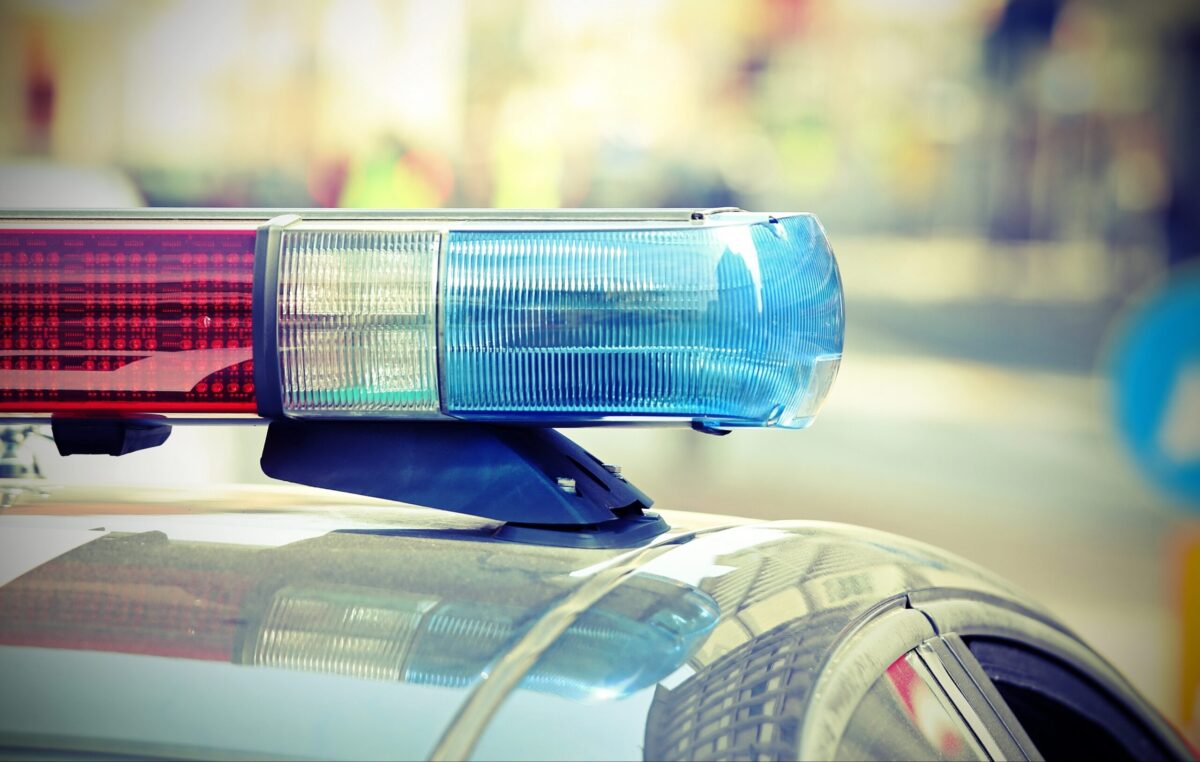 A wild series of events in St. Charles Friday culminated in the arrest of a 32-year-old Elgin man who was found locked in a gas station bathroom in the 300 block of West Main Street in St. Charles.

The incident started Friday morning around 6:30am when a Kane County Sheriff’s Office Lieutenant attempted to stop a Silver Ford Escape for traffic violations in the area of Randall and Crane Road in Saint Charles. The suspect vehicle did not stop and continued south on Randall Road and turned East on Dean Street. The suspect vehicle continued East on Dean Street where it lost control and struck two parked, unoccupied vehicles (a Nissan Rogue and a Chevrolet Aveo) on the East side of North 9th Street.

The driver of the Ford Escape fled the area on foot. A perimeter was established with K-9s and the local drone team to pinpoint direction of travel of the single suspect.

At approximately 9:55 hours a.m., the St. Charles Police Department received information on a subject matching the description of the offender locked in a Shell Gas Station bathroom at the 300 block of West Main Street in St. Charles, Illinois.

The Kane County Sheriff’s Office and members of the St. Charles Police Department responded with a K-9 unit and found that the individual was locked in the bathroom. Police announced their presence and the male exited the bathroom and was taken in to custody. The male subject has been positively identified as the same individual that had fled from the Kane County Sheriff’s Office Lieutenant during the traffic stop.

No one was injured during this incident and there is no threat to the public.

The suspect has been been charged with the following:

The suspect is currently being held at the Kane County Adult Justice Center. Bond information is not available at this time.