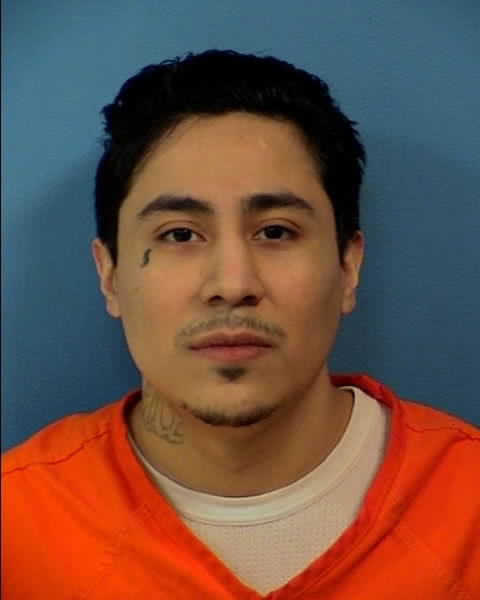 In the evening of November 8, 2018, Alexander Nicolas was near his vehicle on E. Forest Avenue in West Chicago when he was approached by two men, Juan Calderon of Aurora and Emilio Guillen of Rockford. The two men physically attacked and ultimately shot Nicolas in the head, with Guillen giving the order to shoot Nicolas and Calderon pulling the trigger.

After shooting Nicolas, the men got into Guillen’s car and fled the scene.

Nicolas was found in a pool of blood, dead, early the next morning. He was 26 years old.

On Thursday, DuPage County State’s Attorney Robert Berlin announced that Guillen, 31, was sentenced to fifty years in the Illinois Department of Corrections for the killing. The sentence follows a three-day double-jury trial against Guillen and his co-defendant Calderon, 25. Both men have been held in custody at the DuPage County Jail since the murder on bonds of $4 million with 10% to apply for Calderon and $2 million with 10% to apply for Guillen. The bonds for both men were revoked following the guilty verdicts.

“After being presented with overwhelming evidence of the defendants’ guilt, two independent juries found Juan Calderon and Emilio Guillen guilty of brutally beating and shooting Alexander Nicolas in the back of the head simply because they believed he belonged to a rival gang,” Berlin said. “This senseless killing has left a permanent void in the lives of Alexander’s family and friends and I offer my condolences to them on their loss. Judge Reidy’s sentence of fifty years behind bars virtually ensures that Mr. Guillen will never again be a free man. I thank the West Chicago Police Department whose outstanding work led to charges against Mr. Calderon and Mr. Guillen. I also thank Assistant State’s Attorneys Kristin Sullivan, Matthew Dambach, Christina Kye and Jim Scaliatine for the enormous amount of work they have dedicated to the pursuit of justice in the name of Alexander Nicolas.”

Guillen will be required to serve 100% of his sentence before being eligible for parole. Calderon’s sentencing hearing is scheduled for February 3, 2023.