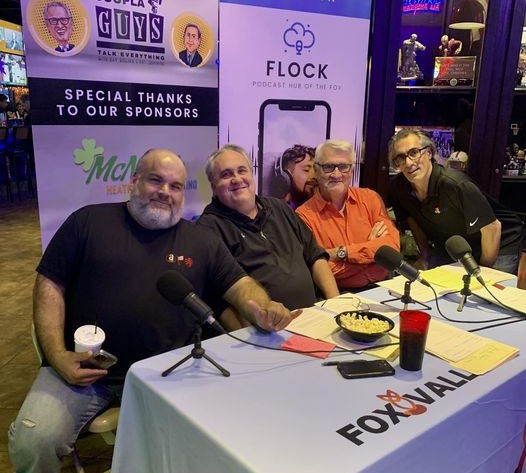 On Monday evening, the Chicago Bears put a beatdown on the New England Patriots, winning 33-14 in a game that wasn’t even that close. It was the first time ever that the Bears have won in Foxborough.

Experts aren’t so sure.

“There’s really no other possible explanation,” stated a Geneva lawyer who requested anonymity to discuss the situation. “I mean, the Bears stink, right? They’re going up against Belichick IN Foxborough, on Monday Night Football. Seriously, what are the odds?”

Co-host Ray Rogina refused to take full credit for the victory, however.

“Well, it was raining, after all. And Pat helped, of course,” he said, referring to co-host Pat Crimmins.

“Maybe now those knuckleheads at the White Sox will finally answer my calls,” he added.

After the game, the podcast was besieged with calls from all around the country, requesting remote livestreams in support of local contests. The Detroit Lions, the Notre Dame Fighting Irish, the US Men’s Soccer Team and CNN+ were reportedly among the organizations desperate for a repeat performance.

Rumors that the podcast received a call from the White House inquiring about the evening of November 8 remained unconfirmed at press time.