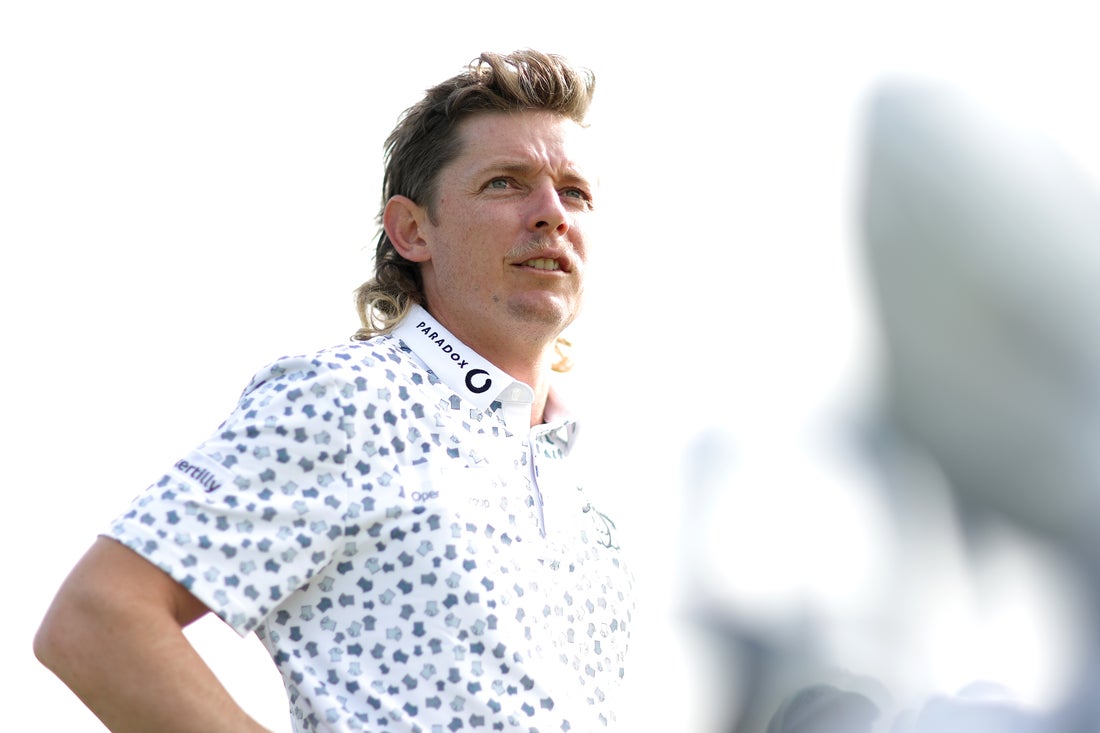 Despite the controversy surround the LIV tour, large galleries and compelling golf have marked the first two days of the LIV Invitational Chicago in Sugar Grove.

Thanks to a 4-under 68 in sometimes difficult scoring conditions Saturday at Rich Harvest Farms, Cameron Smith has a two-shot lead over Boston winner Dustin Johnson on the individual leaderboard. Meanwhile, his all-Australian Punch GC is just one shot behind Johnson’s 4 Aces GC, which is seeking its fourth consecutive champagne finish as team champions.

Smith is just five rounds into his LIV Golf career, so he’s still trying to figure out how to balance the individual competition and the team component.

On Sunday’s final round at LIV Golf Invitational Chicago, the reigning Open Champion will get a crash course in the chase for two trophies.

“It’s a very unique situation, one that I’m probably not used to yet,” said Smith, who is 10 under through two rounds. “I find myself looking at the team score more than the individual score.”

On Sunday, Smith and Johnson (8 under) will play in the lead group for the second consecutive day. The duo will be joined by Peter Uihlein, who had the low round on Saturday with a 6-under 66 to move into solo third at 7 under.

While the large crowds at Rich Harvest Farms were definitely having fun, the players had to battle windy conditions on a day that tested their patience. The field scoring average of 71.771 was more than a half-stroke higher than the first round. “It got quite tricky,” said Smith, who finished with birdies on his last two holes.

Johnson, the most consistent player this season, suffered his first over-par score in his 14 LIV Golf rounds, shooting a 1-over 73. It was also the first time one of his rounds had not counted for 4 Aces. Having started the day with a 3-shot lead following his opening 63, he’s now chasing Smith after a round in which he was 2 over without a birdie in his last 10 holes.

The good news for Johnson is that he’ll be in the lead group for the fourth consecutive event. That will give him an up-close view on what he needs to do to chase down Smith and post a second straight victory.

“He’s definitely one you want to beat for sure,” Smith said of Johnson. “He’s been one of the best players for the last 10, 15 years, so someone to go up against and someone to try and beat.”

Uihlein will hope to recapture the magic he produced in the inaugural event in London. Not only did he finish fourth on the individual leaderboard, he captained Crushers GC to a second-place finish in the team standings. He’s now a member of Brooks Koepka’s Smash GC, which is in third place, just one shot being Punch GC.

Not only is he happy playing for Koepka, whom he’s known for several years, Uihlein was also happy to see the tough scoring conditions Saturday. “I want to have championship tests,” Uihlein said. “You don’t really kind of want to have these 25 under par shootouts. Good, tough courses is kind of what we enjoy playing.”

Tied for fourth on the individual leaderboard at 6 under is England’s Laurie Canter (Cleeks GC) and South Africa’s Charl Schwartzel (Stinger GC), who won the inaugural event in London. Another stroke back are the trio of Bryson DeChambeau (Crushers GC captain) and his teammate Charles Howell III, along with Lee Westwood (Majesticks GC captain).

While Smith will try to successfully toggle between the individual and team races, one thing he has grown accustomed to is feeding off the energy of the LIV Golf crowds.

“It’s really cool,” he said. “It’s something that I’ve got used to over the last couple of weeks, and I can’t wait to keep this going. It’s unreal out here. I love the energy. Like I said last week, I think the course has a heartbeat. Everyone is really engaged and everyone is really watching what you’re doing. Yeah, it’s awesome.”

UIHLEIN HAS COURSE KNOWLEDGE – FROM 18 YEARS AGO

In 2004, Peter Uihlein played an AJGA junior event at Rich Harvest Farms. That makes him one of the few players who had seen the course prior to this week.

Not that it helped in his prep work. After all, it was 18 years ago.

“I’ll tell you what, it’s a lot wider than I remember,” he said. “There used to be a lot of trees out there. It was pretty nasty. It’s a little bit more generous off the tee than what I remember. There used to be an AstroTurf tee on one of those holes. I think we’re playing it the 4th hole, but I think that hole used to have an AstroTurf tee. But now I guess they’ve removed some trees so grass can actually grow.”

Still, Uihlein looked quite comfortable at the course on Saturday as he shot a 6-under 66, the low round of the day.

If there was any course knowledge to be had, it probably came from his caddie Zach Guthrie, who spent six years as the assistant coach of the University of Illinois golf team before carrying a bag. The Illini practiced and competed at Rich Harvest Farms.

In addition, Guthrie played the course himself during his college days at Western Illinois.

“He was telling me how many times he played out here when he was in college and growing up,” Uihlein said. “Yeah, he’s been awesome, and great to have on the bag. He’s got a Cubs yardage book, and a lot of guys keep screaming ‘Go Cubs’ out there for him, so he’s got a lot more support than I do, I think.”