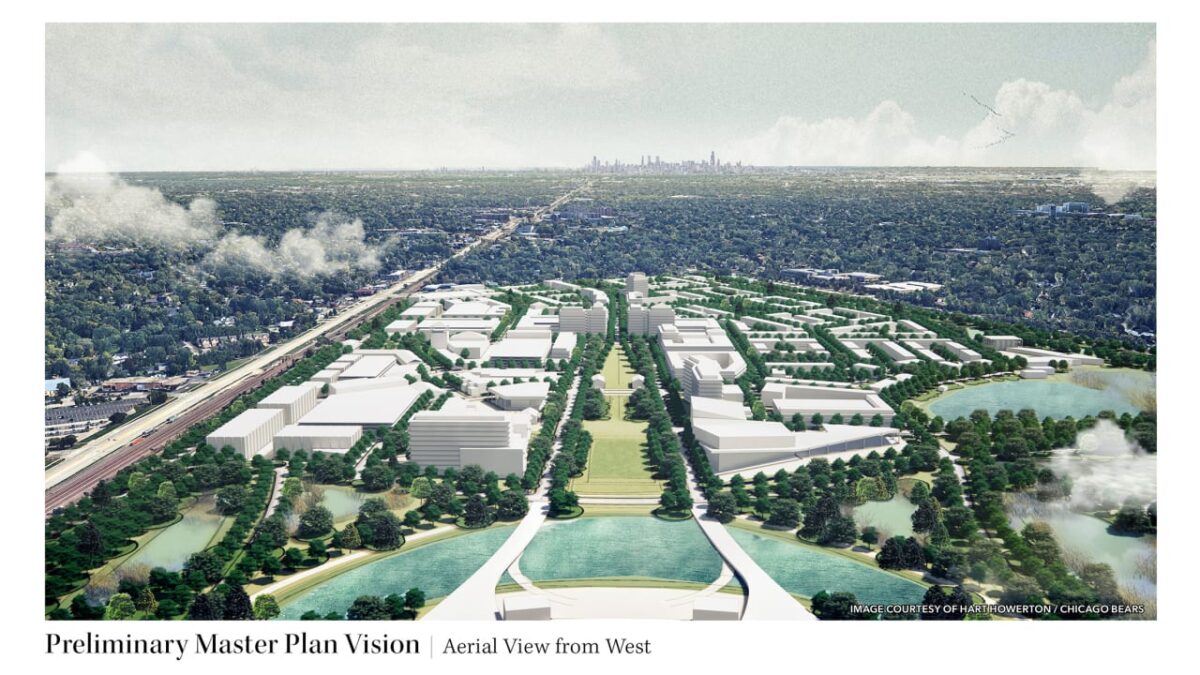 In what the team describes as “one of the largest development projects in Illinois state history” should it come to fruition, the Chicago Bears announced their plans yesterday to build a new, domed stadium and massive entertainment district on land they have contracted to purchase in Arlington Heights.

“We envision a multi-purpose entertainment district anchored by a new, best-in-class enclosed stadium, providing Chicagoland with a new home worthy of hosting global events such as the Super Bowl, College Football Playoffs, and Final Four,” the team said in a statement issued yeterday.

“Make no mistake, this is much more than a stadium project. Any development of Arlington Park will propose to include a multi-purpose entertainment, commercial/retail, and housing district that will provide considerable economic benefits to Cook County, the surrounding region and State of Illinois. The long-term project vision for the entire property is an ongoing work-in-progress, but could include: restaurants, office space, hotel, fitness center, new parks and open spaces, and other improvements for the community to enjoy.”

The Bears indicated that they will seek no public funding for direct stadium structure construction. However, “given the broad, long-term public benefits of this project, we look forward to partnering with the various governmental bodies to secure additional funding and assistance needed to support the feasibility of the remainder of the development.”

‏‏‎Public assistance in the funding of the entertainment district is justified, the team says, by what it projects to be significant economic benefits to Chicagoland.

“Construction of the proposed project is projected to create more than 48,000 jobs, result in $9.4 billion in economic impact for Chicagoland, and provide $3.9 billion in labor income to workers across the region, while the completed project will create more than 9,750 long-term jobs, result in $1.4 billion in annual economic impact for Chicagoland and provide $601 million in annual labor income to workers across Chicagoland. We also anticipate that the development will generate $16 million in annual tax revenue in addition to property taxes for Arlington Heights, $9.8 million for Cook County, and $51.3 million for the State of Illinois,” according to the statement.

‏‏The Bears made clear that its plans are preliminary and “much needs to be done” before the team is ready to commit to completing the land acquisition and commencing construction. It also indicated that it will honor its remaining lease of Soldier Field.