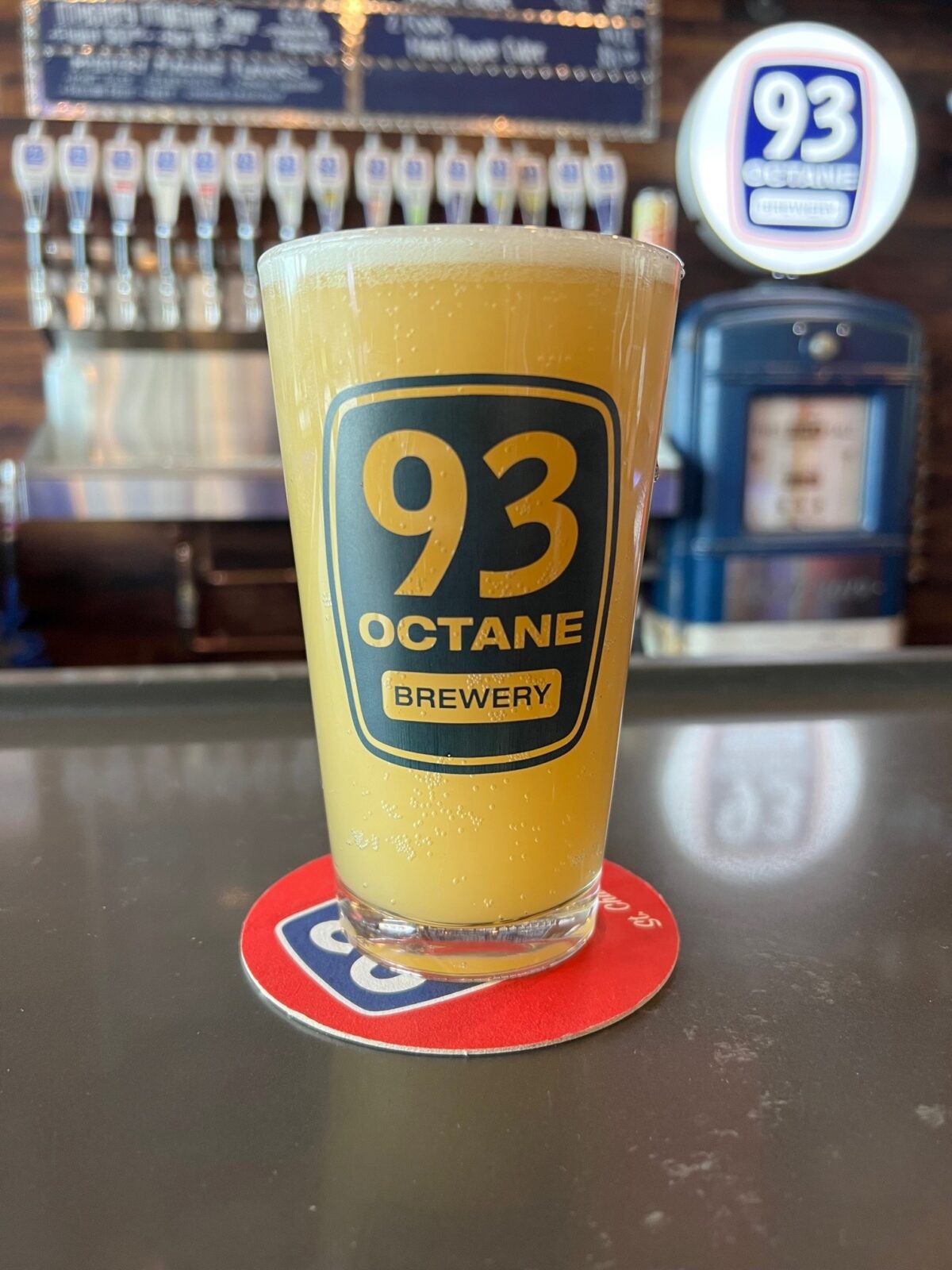 For over 40 years, second-generation family-owned business The PRIDE Stores have been servicing the Chicagoland area through its gas stations, convenience stores and restaurants.  Mario Spina, the owner, takes pride in every community of which they are a part.

The PRIDE Stores consist of 16 gas station, 3 different restaurants (Urban Counter, Taco Urbano, and The PRIDE Café), plus a boutique liquor store that carries some of the best local breweries in the area. The PRIDE Stores have a passion for Craft Beer and are constantly on the hunt to find the best local breweries to carry at each location, not just the liquor store. A joke was tossed out at a meeting … You love craft beer so much, why not make your own.  The spark to dive into the craft beer industry was lit and a plan was created then put into action.

With their roots based in the gas station industry, the name 93 Octane Brewery was born and the tap room opened for business at the end of 2019.

A lot has happened over the last few years and the brewery has still been able to brew great beers and expand their facility.  The Head Brewer for 93 Octane, Alex Makowski, was the youngest to pass the Cicerone exam at the age of 21. His experience spans across several breweries and he is a certified Master Brewer.  Alex has made 93 Octane Brewery his home and brews world class American and German-style beers.

The PRIDE Piper is 93 Octane’s flagship beer. This tropical Hazy New England IPA is well balanced and has notes of Orange, Apricot and Melon.  It is made with Mosaic & Simcoe hops (6.5% ABV).  A definite palette pleaser that will satisfy your New England IPA thirst.

Their IPA series was one of the first put out by the brewery. It started with #1, a Dry Hop IPA, and lead to 7 other beers and finally finishing off at #8, a Double Dry Hopped Black IPA. The newest IPA series release is Chop Shop.  This rotating dry hopped series of hazy IPAs was brewed utilizing zero hops in the boil, creating a Hazy IPA with little to no IBUs and a tropical palate.

Other great beers on offer include Hugger Whip. Inspired by the classic muscle car color Hugger Orange, this American orange wheat ale reminds us of another nostalgic piece of Americana…the Dreamsicle.  Cherry Red Vette is a blonde Ale with tart cherries only available in limited releases.

Clown Car is one of their more unique brews.  It is a Cream Ale with vanilla cake batter, and it truly does taste like a piece of vanilla cake.  A variant of this beer was recently made called German Chocolate Cake. It’s virtually a German Chocolate Cake in a can with its sweetness and creamy mouthfeel leaving you with chocolate and coconut flavors!

Let’s not forget the sours.  Out of a collaboration with TV Host Dom Brown from Wake and Bake, Mango Sour Diesel was born.  This beer is perfectly balanced between mango and sour, making it a palate pleaser when you are in the need for something refreshing. For the more adventurous beer drinker, the Brewery offers Double Sour Jam, which is the second in the Traffic Jam series and is double fruited with peach and apricot puree and double the sour, only available for a limited time in the taproom.

And we cannot forget Mystery Machine which is a create your own Sour with up to 6 different made in house Flavor Syrups to choose from, like Blackberry Jalapeño or Earl Gray.

Stop by the tap room today at 1825 Lincoln Highway in St. Charles.