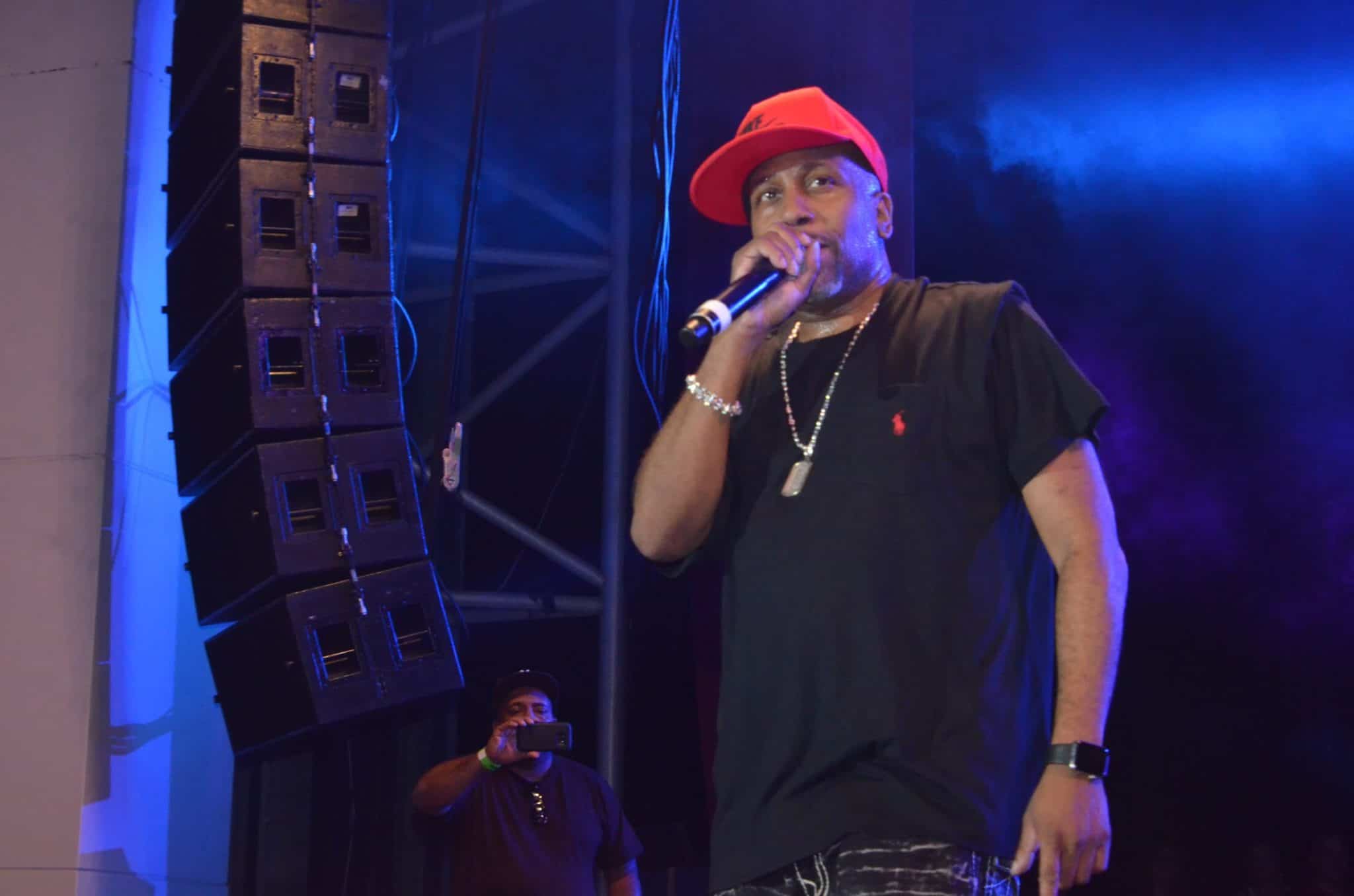 The biggest names from the ’90s unite for a powerhouse concert sure to bring you back in time.

The iconic Robert Van Winkle aka Vanilla Ice exploded on the Rap/Pop music scene in 1990/91 selling 10 million albums in 4 months and hitting number one on the Billboard charts with the number one single “Ice Ice Baby and number one album positions.   His worldwide album sales are over 25 million and individual songs total over 160 million and are still selling.

With over 20 million records sold worldwide, Grammy award-winning and multi-platinum recording artist Coolio is an artist known around the world as a musical and cooking master of extraordinary reinvention.

Rob Base from Harlem New York, first began performing with various group; Sure Shot Seven, Cosmic 3 MC’s, Freedom Force and Disco Enforcers. He and partner DJ EZ Rock, (whom he has known since the 4th grade) would eventually separate from the groups to form Rob Base and DJ EZ Rock. Their first single “DJ Interview” came out on Mike and Dave’s label Star Maker’s Records in 1986. World to World Records would produce their second single “Make it hot” in 1987. Rob Base and DJ EZ Rock’s music began to gained momentum and they would receive a distribution deal with Profile Records by 1988.

Color Me Badd is one of the top R&B vocal groups of all time. The group has sold 12 million records in the United States. The group is well known in Australia, Philippines, Indonesia, parts of East Asia, Thailand, the United Kingdom and New Zealand. Their debut album, C.M.B., sold over 6 million copies worldwide and became certified Triple platinum in the United States. They have 3 number 1 singles and 17 top 20 singles.

TONE LOC soared from obscurity into pop stardom in 1989 when his hoarse voice and unmistakable delivery made the song “Wild Thing” (using a sample from Van Halen’s “Jamie’s Cryin’”) a massive hit, winning Grammy’s and countless other awards. The song Wild Thing was co-written by Marvin Young, better known as Young MC, as was the second single smash, “Funky Cold Medina.” The album “Loc-ed After Dark” became the second rap release ever to top the pop charts and one of the most popular of all time.

Rapper Marvin Young grew up middle-class and earned a degree in economics from USC, where he met Michael Ross and Matt Dike, co-founders of the fledgling Delicious Vinyl rap label. He made his debut as Young MC on the single “I Let ‘Em Know.” In 1989, Young collaborated with Tone-Loc on “Wild Thing,” the first Top Ten pop hit for a black rapper, and the follow-up smash “Funky Cold Medina.” Young stepped out on his own later in the year with the Top Ten smash “Bust a Move,” a good-natured examination of romantic successes and failures spiced by his sense of humor and quick-tongued rapping. The song won a Grammy for Best Rap Performance, and its strong pop appeal helped the attendant album, Stone Cold Rhymin’, go platinum. The follow-up, “Principal’s Office,” was a humorous, everyday high-school tale resembling a Chuck Berry plot, and also climbed into the Top 40.

RiverEdge is located at 360 N. Broadway in Aurora. For more information, click here.