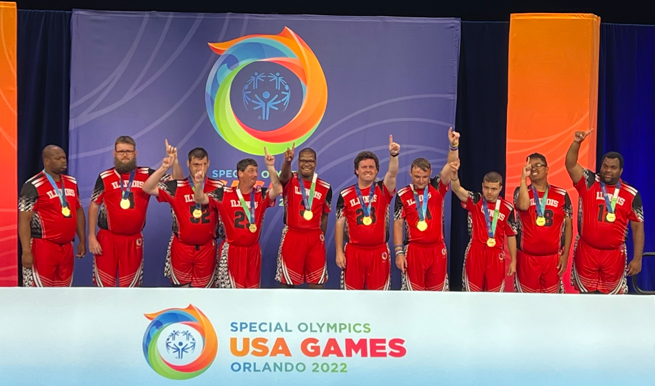 Ryan “Gronk” Gronowski is a 2016 graduate of Neuqua Valley High School where he was an avid fan of all sporting events. In addition to Special Olympies Flag Football, Ryan plays Basketball, Softball, Swimming, Bowling, Floor Hockey, Track and Field and Unified Soccer.

Peter Silagi is a 2008 graduate of Waubonsie Valley High School and earned his bachelor’s in history from Northern Illinois University. In high school he participated in Basketball, Swimming, Track and Bowling. Peter currently competes with WDSRA (Western DuPage Special Recreation Association) in Basketball and Softball and flag football with DVSA.

The Naperville Jaycees are committed to providing a safe and enjoyable experience for all attendees of the Last Fling. As in prior years, the organization is working closely with Naperville Emergency Response Teams to ensure the most up-to-date security measures are instituted in an effort to achieve a secure and enjoyable Labor Day Weekend for volunteers, participants and patrons. Please contact Naperville Last Fling – Public Relations with any questions or concerns.