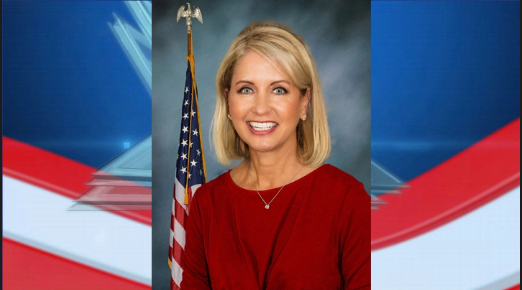 US 15th District Representative and Naperville native Mary Miller (R) is facing extreme criticism over a remark made at a county fair near downstate Quincy on Saturday.

Miller, who has been endorsed by former President Donald Trump, was speaking about the recent decision of the Supreme Court to overturn its controversial 1973 ruling in Roe vs Wade when she said that the reversal was “a victory for white life.”

Critics immediately pounced on the phrase in social media and other outlets, denouncing the comment as “blatantly racist.” Outgoing Republican US Congressman Adam Kinzinger also denounced the comment, as did her primary opponent, US Rep Rodney Davis.

Miller’s staff responded that Miller meant to say “right-to-life,” and that the slip was much ado about nothing. “The fake news vultures are out.”

This is not the first time Miller has prompted criticism for controversial remarks.

Just after her swearing-in in 2021, Miller addressed a Washington, DC, rally saying “Hitler was right on one thing. He said, ‘Whoever has the youth has the future.'” The comment sparked immediate criticism from both sides of the political spectrum.

Miller later apologized for her remarks.