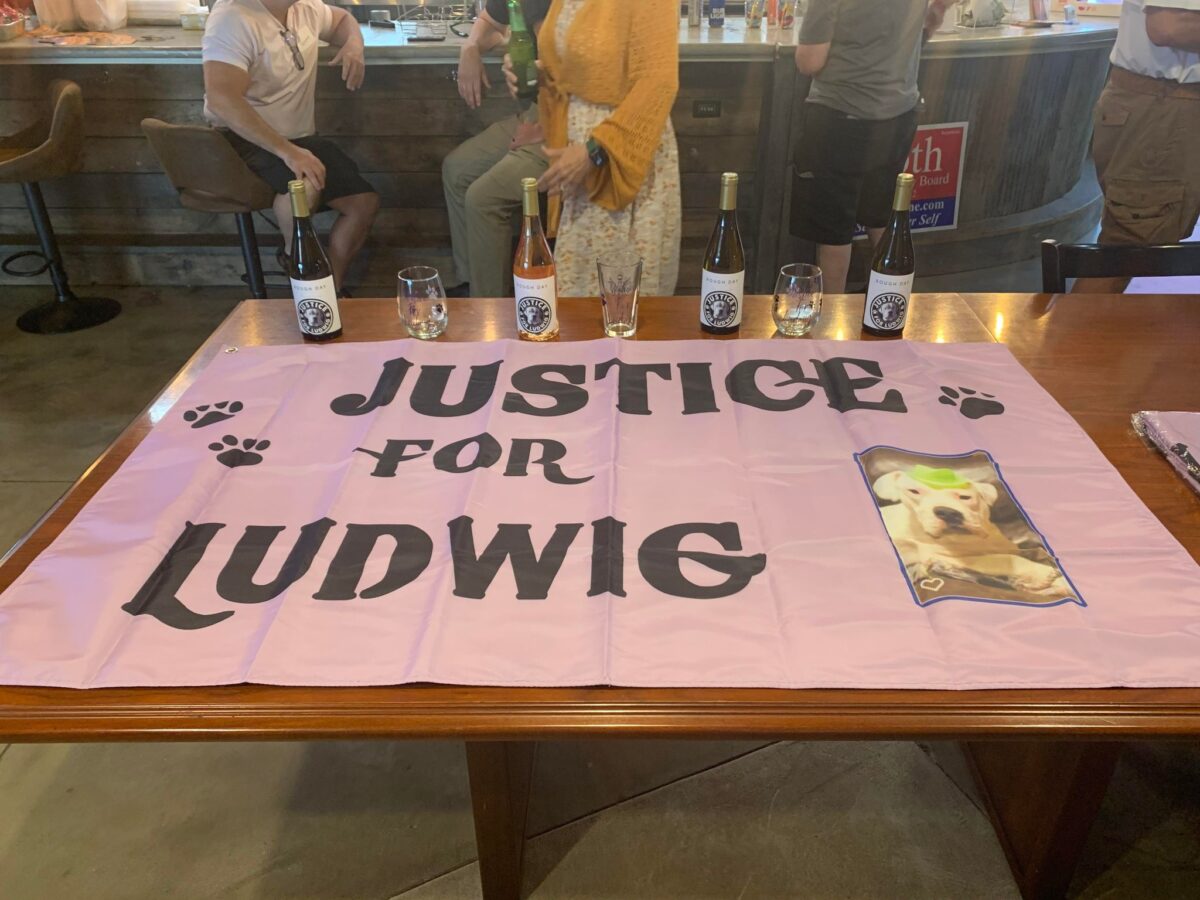 Wayne’s Joe Petit, the owner of Ludwig, the dog who was shot and killed by Petit’s neighbor in Wayne, held a fundraiser Saturday at Emerald Acres just north of Elburn.

The fundraiser was held to raise funds for Petit’s legal challenge to the dismissal of charges by Kane County State’s Attorney Jamie Mosser against the neighbor who shot Ludwig.

Petit has hired attorney Scott Sheen to represent him in the case.

Sheen has had some initial success, petitioning for and being granted a review of the case by a Grand Jury by Mosser.

On Aug. 10, 2021, Hal Phipps of Wayne shot and killed a Dogo Argentino named Ludwig, which belonged to his neighbor, Petit. The incident parked an immediate uproar in communities around the Fox Valley, and particularly on social media, giving rise to numerous and frequent protests and the now-legendary “Justice For Ludwig” rallying cry.

Several weeks later after an investigation by the office of Kane County Sheriff Ron Hain and a review of the facts and the law, Mosser held an unusual press conference and announced that criminal charges were not appropriate, citing evidence that Phipps had acted out of necessity. In her assessment of the case, she pronounced that, according to the law, Mr. Phipps reasonably believed his life or safety was at risk when he fired a single, fatal shot at Ludwig.

However, since that decision not to file criminal charges was made public in September 2021, questions about the fairness and transparency of the investigation and review have persisted from Mr. Petit and Ludwig’s supporters.

This has prompted Mosser to bring the matter before a grand jury.

“I will bring the case before the grand jury for an independent review and in conjunction with Mr. Petit’s attorney,” Mosser stated in the press release. “Although I am in no way bound to revisit this case, I have agreed to do so based on a number of requests regarding the evidence and the law. It is my hope that once the grand jury process is complete, regardless of the outcome, that everyone will abide by the grand jury’s decision and conclude that the process has been fair, neutral and transparent.”