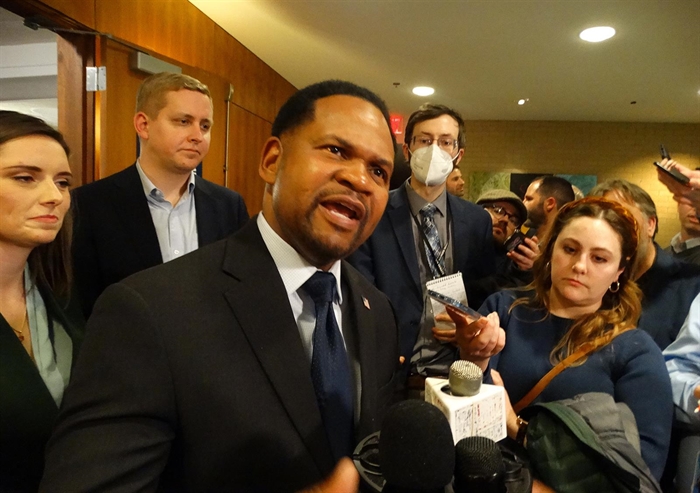 Trailing in the most recent polls and suffering under a withering attack from well-funded Democratic negative ads, Aurora Mayor Richard Irvin must feel like he’s under siege.

Now, with one week before the primary, Irvin received another body blow, this time from fellow Republicans in his home town.

A few days ago, the Aurora Township Republican Central Committee issued a scathing renunciation of Irvin’s Republican credentials in a highly unusual public attack against a GOP candidate.

Here is its statement in full.

As documented by his official Kane County voter record, Richard C. Irvin is not a Republican. Additionally, he has and continues to financially support Democrat candidates. Based on his voting record, Richard Irvin could not be seated as a member of the Illinois Republican State Central Committee.

We have not heard from Mr. Irvin. He has not attended any of our meetings. He has never served as a Republican precinct committee person in Aurora and has never been a member of our organization.

Mr. Irvin has demonstrated himself to be an Opportunist. He has often sought the support of people by pretense in order to further his political aspirations.

Our organization traditionally does not endorse candidates, but we have a proud history of upholding the Illinois Republican Platform and therefore, we refuse to further sit quietly and watch Richard Irvin pretend to be a Republican Primary Candidate for Governor.

We sincerely hope that voters will listen to the voice of the people who know Mr. Irvin and have watched him operate for years.

Irvin, once considered the front-runner for the nomination, with huge financial backing from hedge fund billionaire Ken Griffin, has seen his lead reversed by downstate State Senator Darren Bailey in recent weeks, largely due to questions about Irvin’s Republican bone fides. Fox Valley Magazine’s “Just A Coupla Guys” podcast will be interviewing Irvin tomorrow about his view of the state of the race.