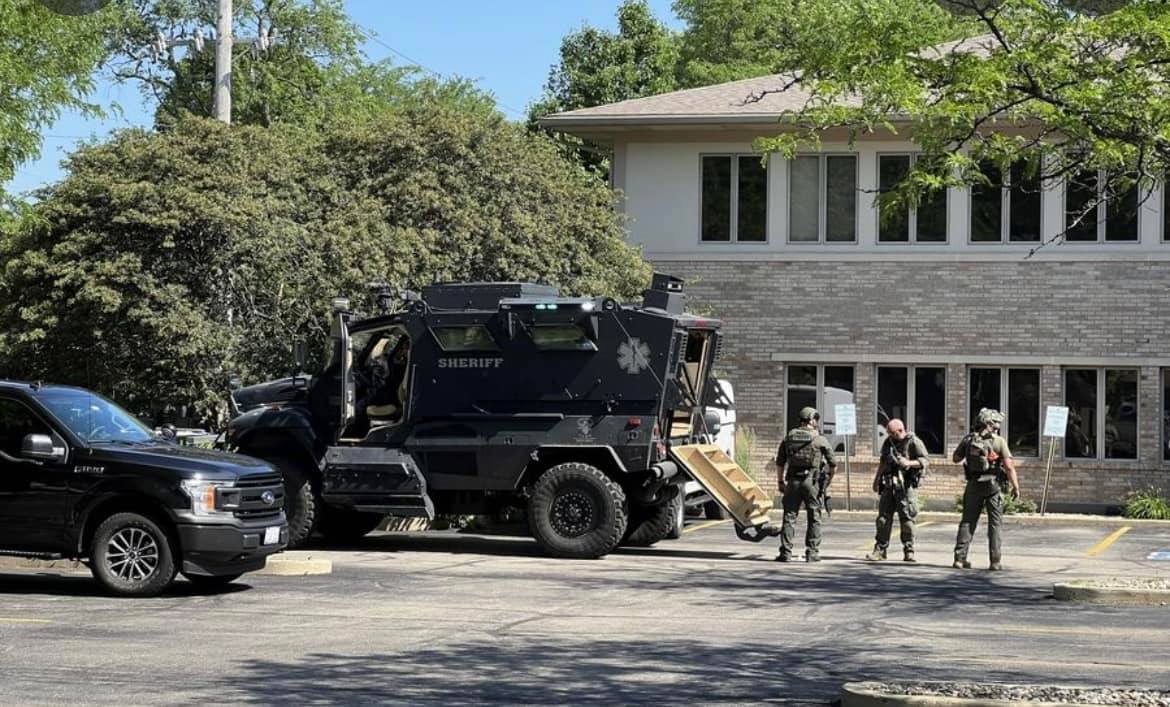 On Thursday morning at approximately 9:00 AM, Kane County Sheriff’s Court Operations Detectives attempted to serve a court ordered eviction on a residence in the 0-100 block of N. Weston Ave, Elgin.

The occupants refused to open the door and when detectives advised they needed to enter to execute the eviction order, an occupant insinuated they were arming themselves with a rifle.

Detectives backed away from the residence and requested additional resources. The Kane County SWAT Team and negotiators responded, along with personnel from the Elgin Police Department.

During the course of the negotiations, it was learned that there were at least two adults and two children in the home at the time. The occupant remained agitated during the conversation with negotiators and continuously refuted the court order and refused to exit the residence.

Sheriff Ron Hain spoke directly with the primary occupant, who agreed to meet at a neutral location to discuss the court order so they have a better understanding. Sheriff Hain made the determination to stand down and to not show or implement any use of force as seeing it would agitate the situation further.

Hain continued to work with the primary occupant to bring him in line with the civil order and the incident was peacefully concluded.