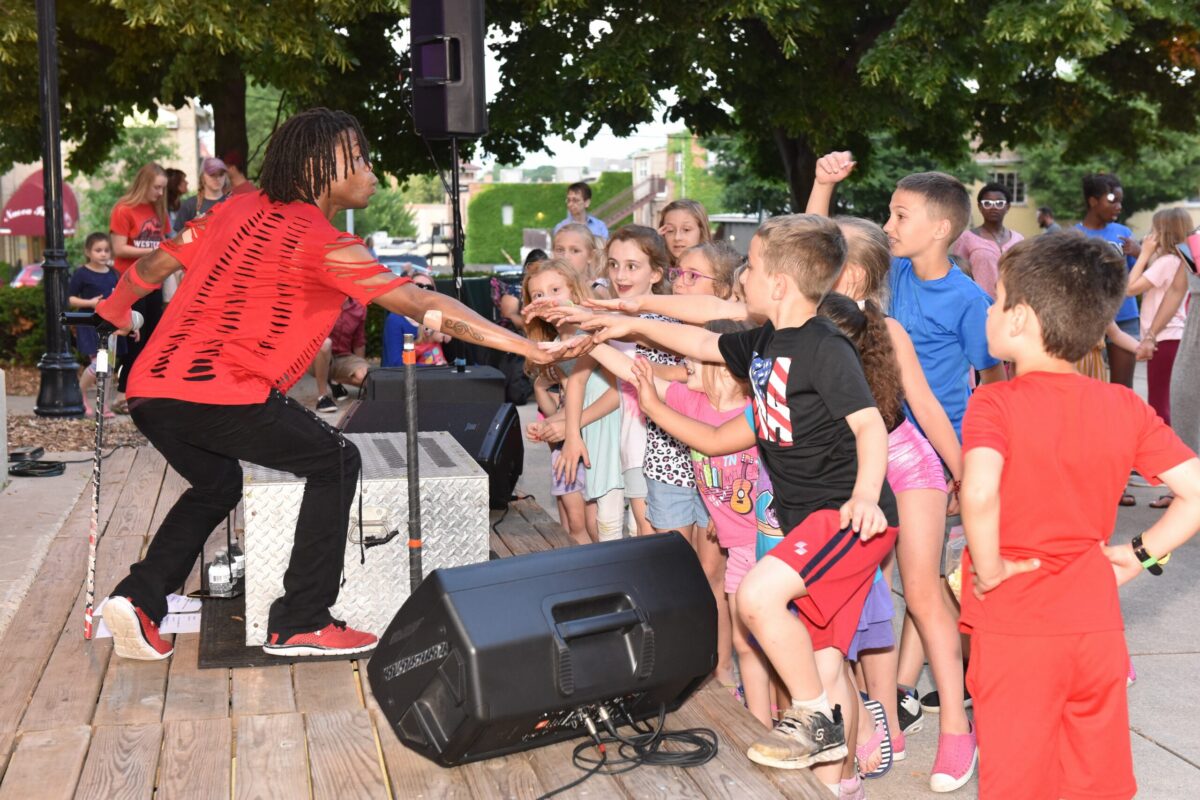 The St. Charles Park District’s “Concerts in the Park” series returns this summer with performances every Thursday at 7pm in Lincoln Park. The series commences Thursday, May 26.

What gets your toes tapping? Beach music? Motown? Country? Blues?  Whether it’s a country-and-western band with its own Nashville sound or an out-a-site party band playing the grittiest, grooviest garage rock hits, there is something for every musical taste on tap during the series.

The annual Tyler Brett Caruso Memorial Concert kicks off the concert series on May 26. June 2 you can get a taste of your favorite fizz from the band “Soda” who play everything from the Zac Brown Band to LMFAO. “Classical Blast”, takes the stage on June 9, when classical meets rock with songs from Beethoven and Bach to classic rock, metal and pop. The following week, on June 16, the “Kari Lynch Band” will deliver an exciting, powerful and unforgettable performance with their powerhouse lead vocals and solid harmonies. On June 23, enjoy the best of the 80s, 90s and today with “Student Body.”

There will not be a concert on June 30 because on July 4 you can get a dose of the fun with the energetic tribute band, “Feel Good Party Band” at 6pm in Pottawatomie Park.

The concert series resumes on July 7 and showcases “Tropixplosion,” the ultimate Island party, with a variety of reggae classics, calypso tunes and pop/rock party songs. “Moonshot” entertains the crowd on July 14 playing all your favorite hits from The Beatles, ZZ Top and Justin Timberlake to Tom Petty, Aerosmith and the Eagles. On July 21, “Howard & the White Boys” will keep you movin’ and groovin’ all night long with their funky tunes. Music delivered at a frenetic pace will drive audiences to literally be dancing in the streets courtesy of “7th Heaven” on July 28. This band plays dead on renditions of Def Leppard, The Beatles, Bon Jovi, Journey, U2 and more.

And the summer ends on a high note on August 4 with “The PriSScillas” and their eclectic setlist, off-the-charts chemistry and witty sense of humor. Cranking out popular hits spanning numerous decades and genres, this is one musical journey you won’t want to end.