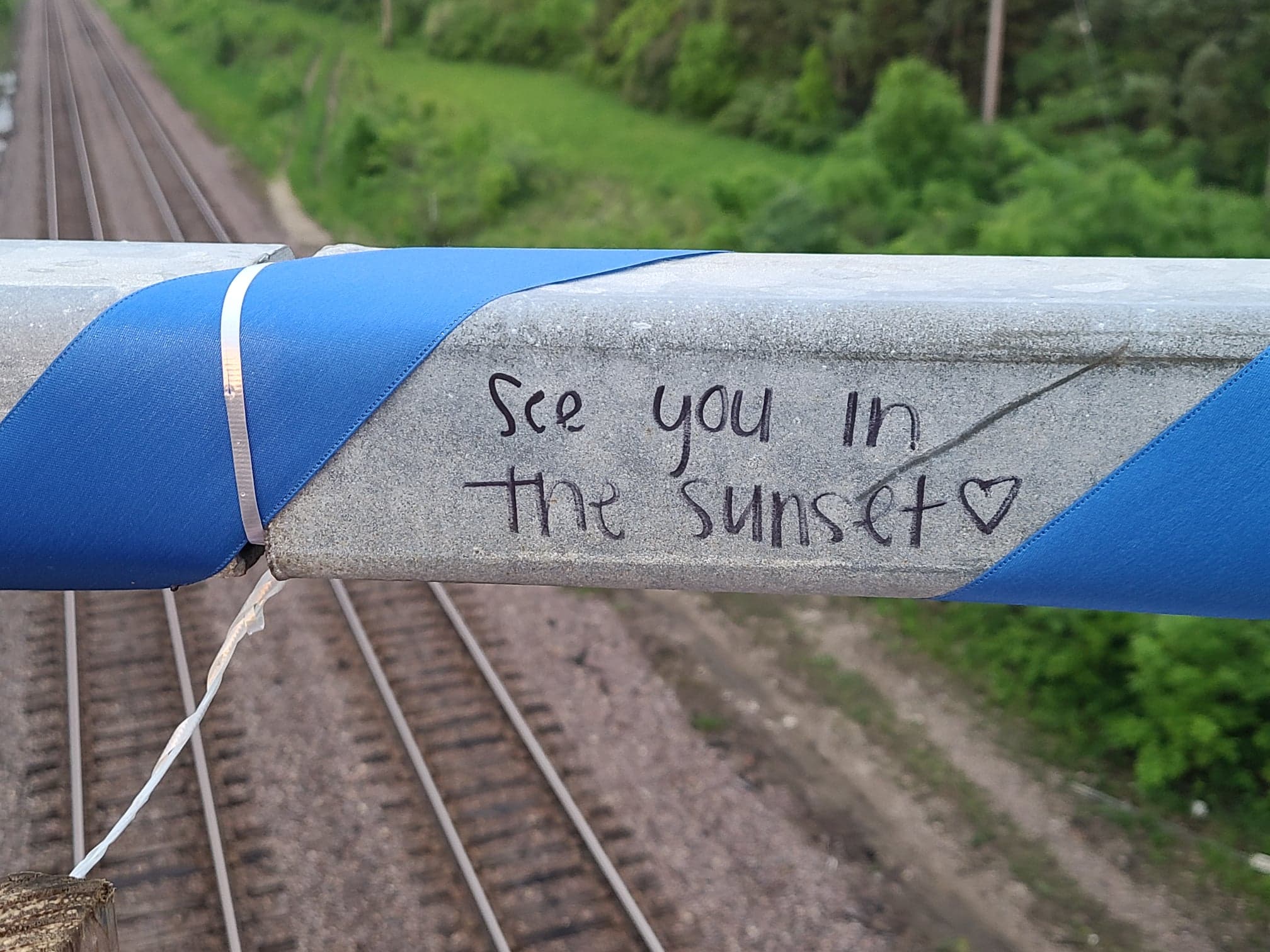 Driving on Route 25 in either direction just south of East State Street in Geneva, it’s easy to miss.

But if one looks closer, one discovers an understated but deeply moving memorial to Caitlin Gallagher, the 17-year-old Geneva High School junior who lost her life Tuesday morning on the train tracks just beneath the underpass now adorned with messages of hope and sorrow, and mementos to a life cut short.

On Tuesday, Geneva Police and Fire Department personnel were dispatched to the scene around 6:20 a.m. for a train accident involving a pedestrian. Upon arrival, emergency responders located the victim, later identified as MS. Gallagher, a junior at Geneva High School, on the railroad tracks. Paramedics administered first-aid measures but could not revive her.