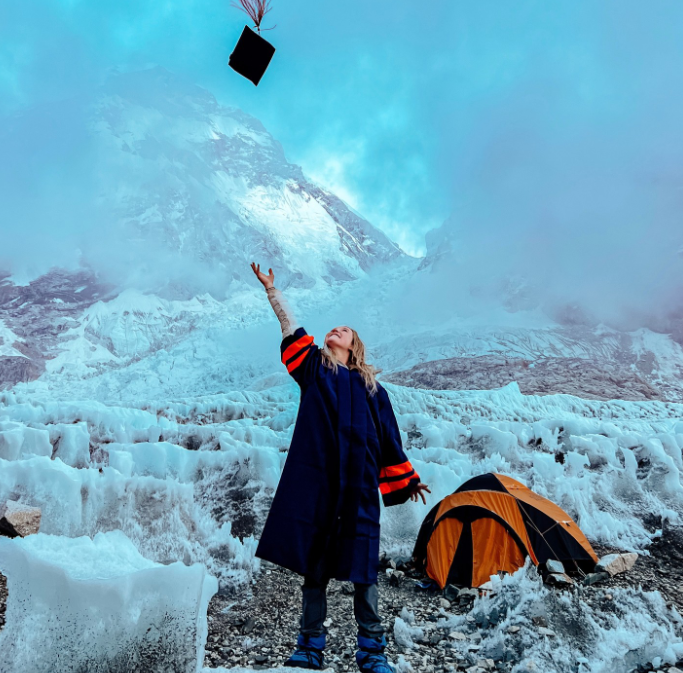 A Naperville teenager has become the youngest American woman to summit Mt. Everest.

18-year-old Lucy Westlake “stood on top of the world at 5:40am (Nepal time)” yesterday according to a post on her Instagram accounts.

Westlake, who graduates from high school on May 22, has already set records in climbing, having reached the highest point in all 50 states, a quest she started at the age of 7.

Incredibly, Westlake’s accomplishment is only one element of her overall goal. What could be greater than conquering Everest?

To complete the “Explorers Grand Slam,” which requires summiting the 7 highest mountains of every continent and skiing to the North and South poles.

Still to come are New Guinea’s Carstensz Pyramid (continent of Australia), the tallest island peak on the planet, and Mt. Vinson (Antarctica) where, after her descent, and with temperatures averaging -20°F, she will ski all 60-miles of the “Last Degree” to reach the South Pole.

At which point she will become the youngest woman ever to complete the Explorers Grand Slam.

But for now, she’ll have to “settle” for just being an American legend.