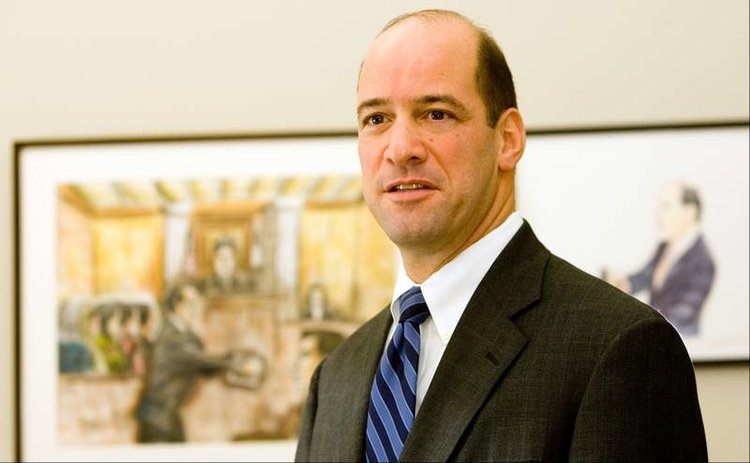 In the course of a wide-ranging, exclusive interview on the new Just A Coupla Guys podcast, DuPage County State’s Attorney Bob Berlin expressed his frustration and concern about a series of bills rushed through the Illinois legislature at the last minute – literally in the dead of night – and signed by Governor Pritzker that will drastically reduce his ability, and that of law enforcement across the state, to keep dangerous criminals off the streets.

Following are a few lightly edited excerpts from the discussion.  The entire interview can be heard beginning Friday here.  (Subscribers have access tomorrow via their exclusive RSS feed. Visit Patreon to subscribe.)

“The response to violent crime has to be prosecution and incarceration”

Pat Crimmins: Bob, your job basically is to avoid what’s happening in Cook County. Why don’t you tell us a little bit about how you’re doing that?

Berlin:  Well, I think when it comes to violent crime the main solution is prosecution and holding people accountable. I’m all about anti-violence programs. I support programs that prevent crime from taking place in the first place, but the response to violent crime has to be prosecution and incarceration. And the data’s out there. The research shows that it works. It is a deterrent effect, and I believe that that approach has worked very well in DuPage County. And it is deterring violent crime. We’re doing far better than Cook County when it comes to carjackings, armed robberies and shootings and crimes that really destroy communities.

Crimmins: Bob, I wanted to talk a little bit about this concept of defunding the police. What is that? What does it mean and where do you stand on the concept?

Berlin: My interpretation of defunding the police is taking tax money that would be going to police departments and putting it elsewhere and depriving police departments of the necessary means to operate, depriving them of critical training and equipment. And I think we’ve seen the result of this whole “defunding the police,” because, in my opinion, that’s one of the reasons we saw such a drastic increase in violent crime, not only in Chicago, but really across the country.

I think police departments need greater funding. We ask a lot more of our police departments. We’re  demanding a level of professionalism, a level of training, but all that costs money and takes resources. Body cameras are a great example.  I’m a huge proponent of body cameras, but the cost has been immense. And it’s not just for the cameras in the storage, but it’s personnel costs.

“What we have with the elimination of cash bail (starting January 1st, 2023), is a very weak preventive detention statute.”

Crimmins: The SAFE-T Act. Part of it is in place now, and part of it is coming down the pike. Were you involved in this legislation in terms of giving testimony or input?

Berlin:  I was involved when they had what are called “subject matter only” hearings a year before the legislation was passed. At that time, we didn’t know what bills were going to come out of it. So we were just talking about general topics, but I will say this: part of the safety act is the police licensing. And that was actually a separate bill until just a few hours before the deadline of the legislative session when they lumped everything together.

But the police certification provision, in my opinion, was handled the right way. Our attorney general Kwame Raul took the lead on it. And we had many, many zoom calls with the Chiefs of Police and Sheriff’s Association and prosecutors across the state of Illinois. And we all had input. We shared ideas and language back and forth. And at the end of the day, for that part of the bill there was actually agreement. And then of course, as I said, they took that separate bill and they lumped it in with the SAFE-T Act, which has a number of problematic provisions.

Crimmins: The bill itself has a variety of policing reforms. We obviously can’t talk about all these things, but standardized use of force, unconstitutional patterns or practice, limits on military equipment, whistleblower protection, just a wide variety of things that kind of affect police, police reforms, et cetera. What I wanted to talk about Bob, and what I think scares the average citizen. And I think that’s really what we wanna talk about is the scary part of reform is what they’ve done with cash bail and, and the idea of pretrial detention. Can you tell us a little bit about the issue and the bill as it relates to that issue?

Berlin:  Unfortunately, what we ended up with when we have the elimination of cash bail (starting January 1st, 2023), is a very weak preventive detention statute that really takes away most discretion from judges. And we have a statute that is internally contradicting – there are different provisions that contradict each other.

We’re going to do everything we can to make sure that violent criminals are detained, but under the statute, I can tell you it is going to be a real challenge.

And unfortunately, there’s a whole list of offenses where, unless the person has a high likelihood of willful flight, they can never under any circumstance be detained. Those would include robbery, burglary, arson, kidnapping, hate crimes, threatening public officials, aggravated DUI involving death. These are serious offenses where under no circumstance will a defendant be detained unless they have a high likelihood of willful flight, which pretty much means that we can prove they have an airline ticket to leave the country.