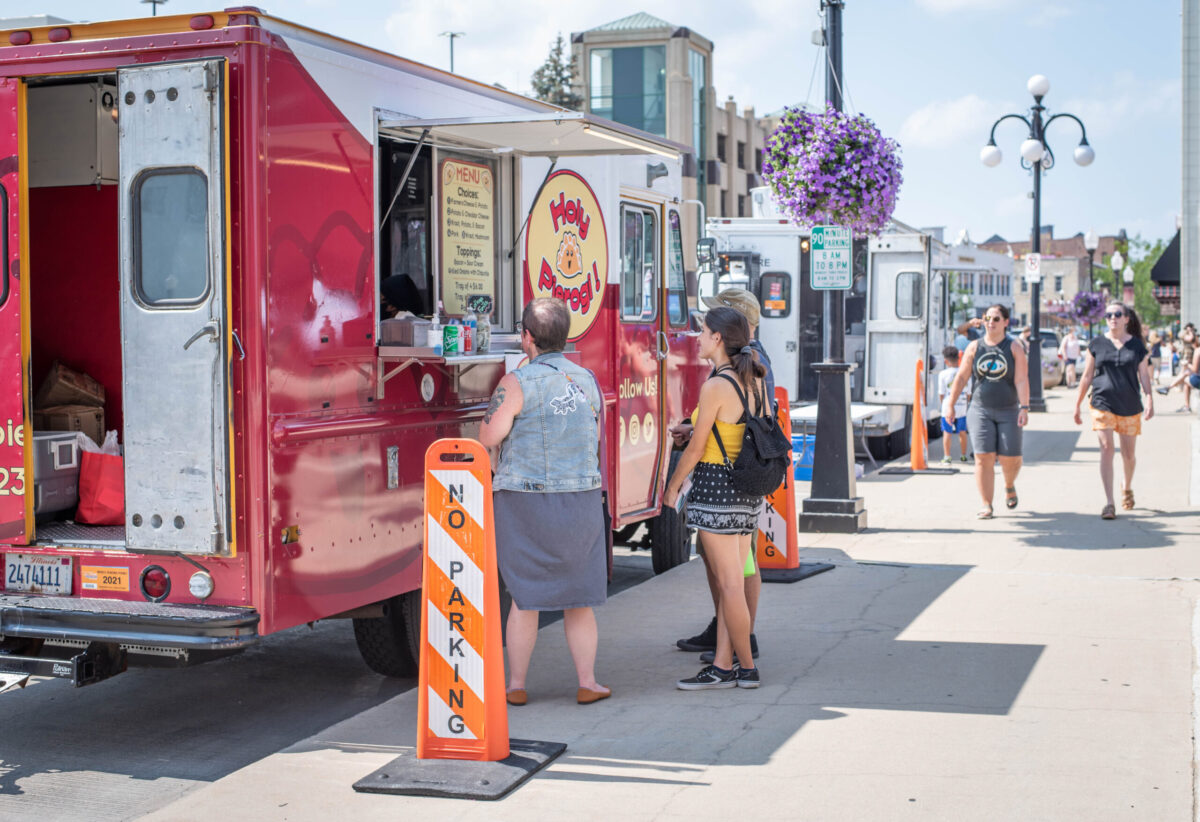 This Friday, May 6, First Fridays brings nearly 30 food trucks to Benton Street in downtown Aurora. The popular festival is returning after a two-year hiatus due to the pandemic.

Held by the Aurora Downtown group, the Food Truck Festival will fill Benton Street from River Street to Broadway with a wide variety of food vendors from 5 to 9 p.m.

This will be the fifth time the organization will host the event with food vendors ranging from Auntie Vee’s cupcakes to Wurst Kitchen’s famous bratwursts. A few local favorites include Grumpy Gaucho, Holy Pierogi, and Strawberries BBQ. Chicagoland and regional trucks also travel to downtown Aurora for the event.

This year, Tapville Social will offer a beer garden in conjunction with the festival.

“We’ve worked hard to continue the local vibe of the festival as it’s grown over the years. It’s welcoming with no fee to enter, and we feature local nonprofits in lieu of corporate sponsors,” said Marissa Amoni, manager of Aurora Downtown, a nonprofit organization that oversees Special Service Area One, which encompasses the city’s downtown business district.

The festival coincides with the group’s monthly First Fridays event which opens up about two dozen venues throughout downtown with art shows, live music, and more.

“It’s important for us to keep the event as part of First Fridays, so that people can come down and see everything that’s happening downtown. There’s been incredible growth in the past few years that we’re excited to highlight,” Amoni said.

The festival originated on Downer Place and then moved to Benton Street where Amoni said it plans to stay due to its “perfect” layout. About a dozen food trucks will be staged on each bridge.

The event is free to enter. DJ Suavesmooth will be spinning tunes. Aurora Public Library’s Bookmobile will be parked along Benton Street as well.