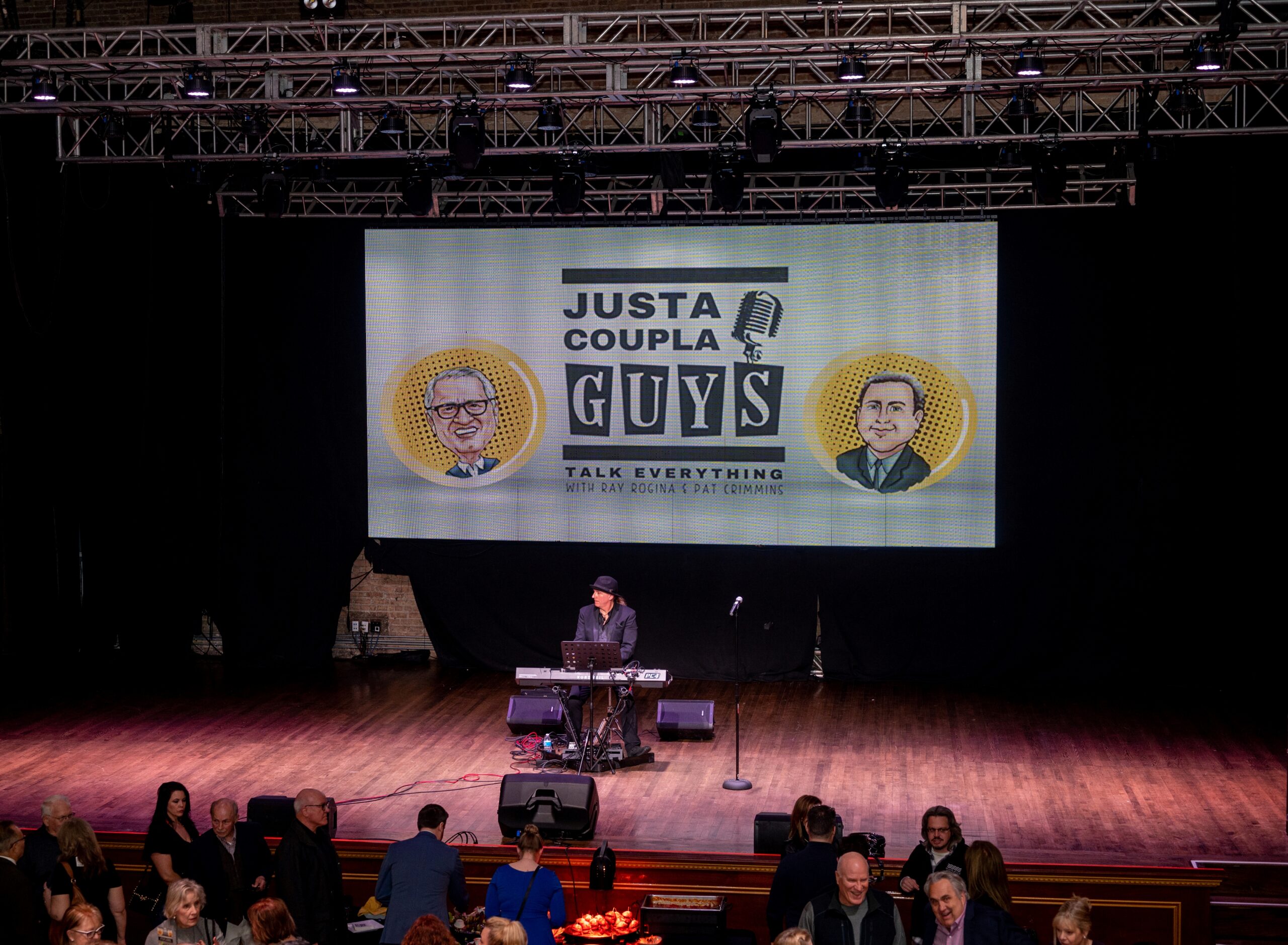 A new podcast focused on the Fox Valley, “Just A Coupla Guys,” premiered at a launch party at the Arcada Theater Thursday evening.

“We’re here primarily to be storytellers,” said Rogina. “This region has so many fascinating people in it, so many incredible places and things to do, we really want to tell that story.”

Crimmins related how the idea came about many years ago.

“We were both involved in coaching the mock trial team at St. Charles High School (later changed to St. Charles East High School) for many years,” he recalled. “We would have these long road trips to meets, and basically Ray and I were the entertainment during the trip, bantering back and forth about pretty much everything, and the students and parents would basically laugh at us the whole way.”

“It’s been something we’ve wanted to do for a long time,” Rogina agreed.

Also in attendance were hosts for a collection of Fox Valley-related podcasts being featured on a new platform devoted to Fox Valley podcasting, Flock. The podcasts, “Know Your Neighbors,” hosted by Kristine Clemens, “Naperville Real Talk,” hosted by Chris Grano, “Decisions, Opinions and Analysis (DOA),” hosted by Jeff Ward and Fox Valley Magazine’s own “Route 25” can all be found, along with “Just A Coupla Guys,” at www.foxvalleymagazine.com/flock.

The podcast had a pre-launch sneak-peek earlier last month with the publication of its interview with actor and comedian Jim Belushi, and chose as it’s official launch episode a discussion with Kane County Cougars’ General Manager Curtis Haug.

The podcast can be found at www.foxvalleymagazine.com/couplaguys, and is currently also available on Spotify and Stitcher. It will soon be available on Google Podcasts and Apple Podcasts.