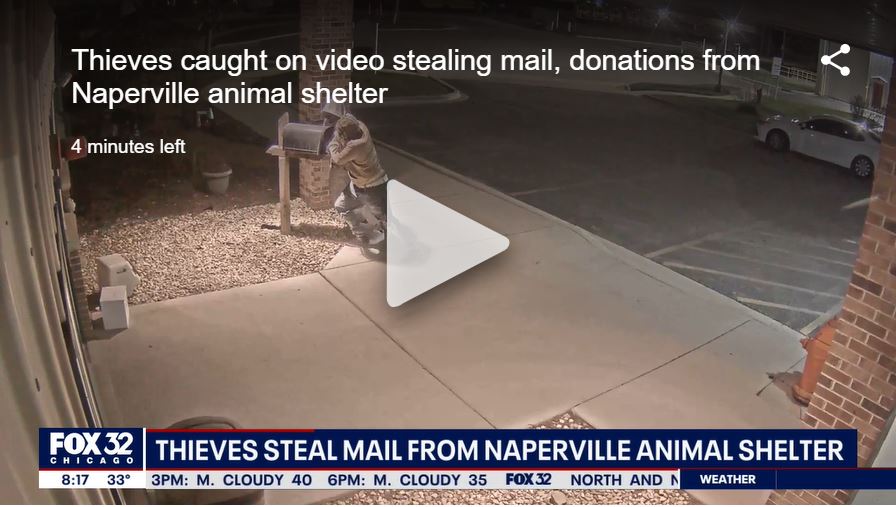 Two as yet unidentified men were caught on camera over the weekend breaking into the sealed mailbox of Naperville’s A.D.O.P.T Pet Shelter.

As first reported by Fox32 Chicago, A.D.O,P.T’s Executive director Chris Stirn said she initially thought the wind had damaged their mailbox until she reviewed the surveillance footage from overnight.

“It’s really disheartening, really sad that anybody would steal from any nonprofit organization, especially this time of the year when we receive the majority of our donations, and it’s really sad to see that those donations won’t be going to the animals that they’re intended to go to,” Stirn told Fox 32.

According to Stirn, the shelter receives the vast majority of its donations during the Christmas season, and it is impossible to know just how much was lost.

Anyone wishing to donate to A.D.O.P.T. can do so online at www.adoptpetshelter.org.

Anyone having any information regarding this incident should contact the Naperville police.