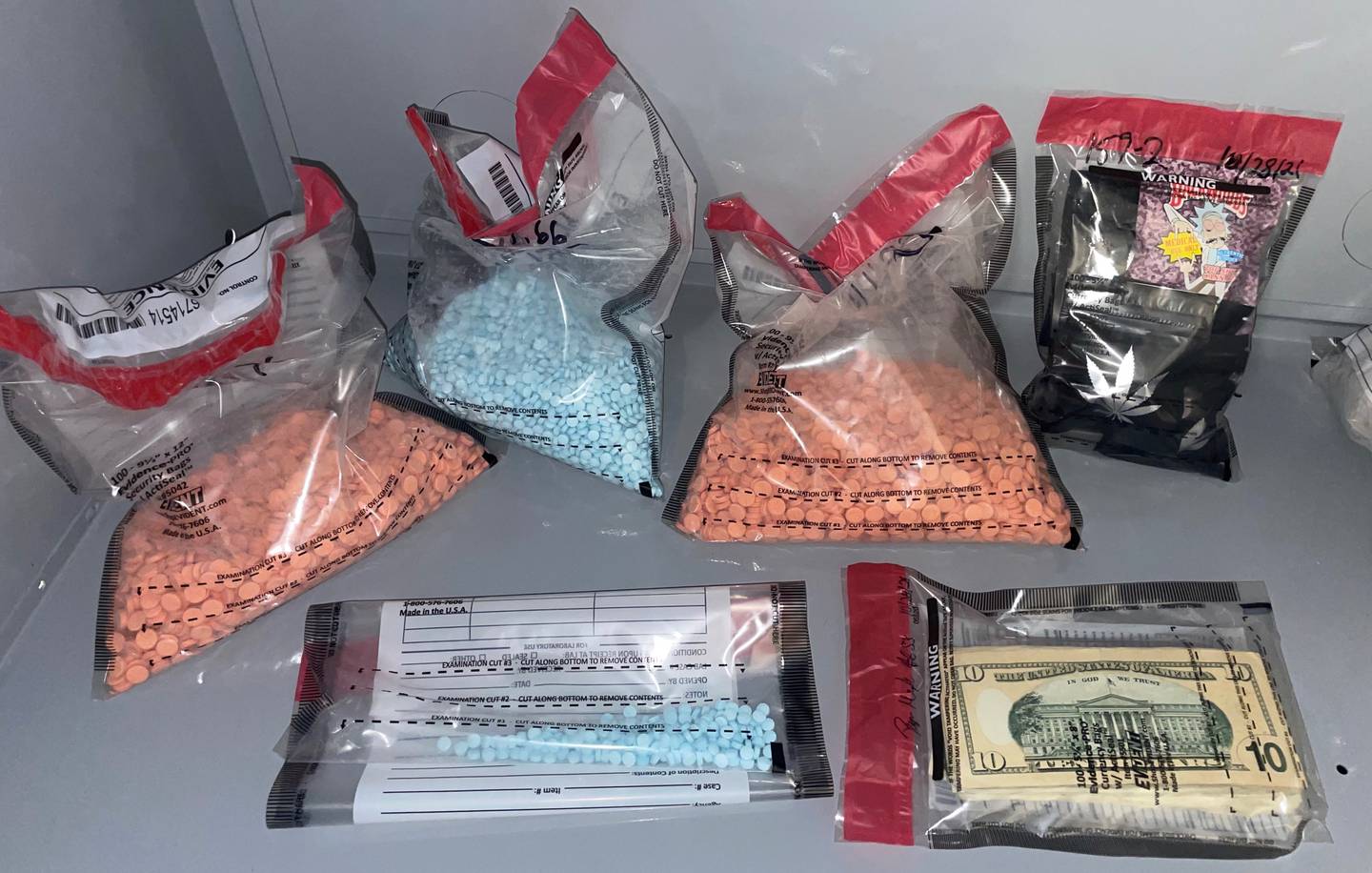 A Hoffman Estates man is in custody after having been arrested in Elgin on charges of Fentanyl and meth trafficking.

On Sunday, October 28th, Kane County Sheriff’s Detectives and US Postal Inspectors conducted a traffic stop in the area of Dundee Ave and Seneca Ave in Elgin involving a Hoffman Estates man who took possession of a suspicious package during the investigation.

During the course of the stop, probable cause was gained and a search of the vehicle yielded two pounds of M-30 OxyContin pills and over one kilogram of AD-30 “Adderall” pills. It was discovered that these pills were manufactured on the black market and not by a legitimate pharmaceutical company. The M-30 pills actually contained Fentanyl and the AD-30 pills contained methamphetamine.