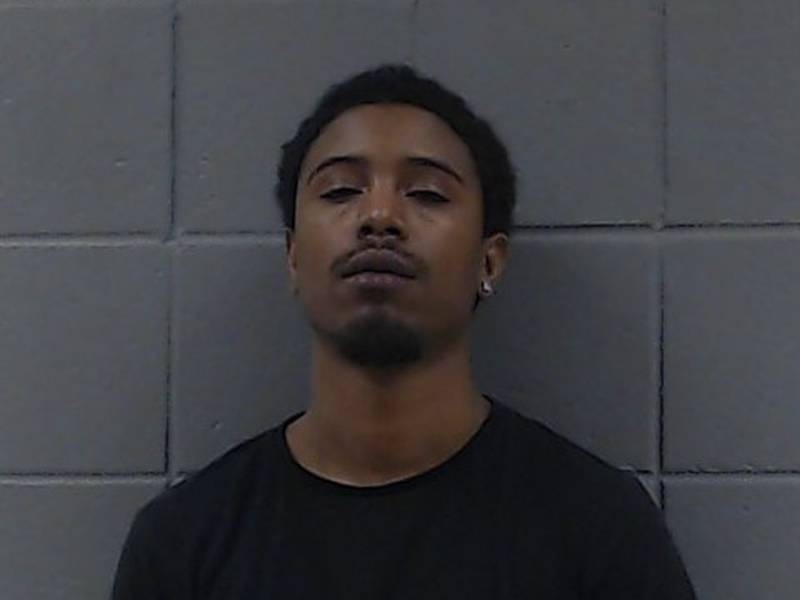 Such is the biblical injunction.

For accused rapist Antoine Truesdell, this injunction may be too close for comfort.  After having allegedly lured young women through social media to ultimately assault them, his profile is being raised considerably by social media emanating from his former victims seeking justice.

Antoine Truesdell of East Dundee has made quite a name for himself with Chicagoland law enforcement officials.

Truesdell has a rap sheet that stretches back at least eleven years when, as an 18 year-old, he was convicted on misdemeanor drug charges, for which he received police supervision.  That supervision was revoked in the fall of 2011 when he was arrested in Elgin on charges of possession of 2.5 grams to 10 grams of marijuana. He served 10 days in jail subsequent to that arrest.

In 2014, Truesdell once again ended up on the wrong side of the law when he was arrested and charged with felony charges of marijuana possession and possession of a look-alike substance with intent for sale, the latter charge reflecting his being caught with individually-wrapped small bags of fine white powder which, he told police, was crushed Advil, but which police believed was meant to be sold as powdered cocaine.

Truesdell, who often goes by the nickname “Tweezy,” apparently graduated from drug-related crimes in 2017, when he was subject to an order of protection related to a teenaged girl in McHenry County, although apparently no charges were brought by authorities.

In February of this year, Truesdell, now a resident of Woodstock, once again ran afoul of the law when he was arrested and charged with criminal sexual assault, a Class 1 felony; criminal sexual abuse, a Class 4 felony; and battery resulting in bodily harm, a Class A misdemeanor.

These charges related to what police describe as a roughly 6-month period in 2020 and into 2021 wherein Truesdell would allegedly befriend young women, usually teenagers, over social media and lure them to his residence or other locations in the suburbs and sexually assault them.

Police believe that the assaults took place in both McHenry and Kane counties.

Now, Truesdell’s accusers are using social media to spread the word to other women who may have been abused to come forward.

Through various Facebook groups, the word is getting out.

One alleged victim, Kelli (not her real name), described it this way.

“He’s from Elgin and was known to have parties at the Holiday Inn.  He’s 30 and tells these younger victims he is 17.  He would have girls come over, multiple a night, to have sex with and then they would leave.”

Kelli, who was 24 when Truesdell allegedly raped her, believes that he also used drugs to incapacitate women prior to assaulting them, although she is quick to say that she can’t prove that.

Kelli is passionate about encouraging more of Truesdell’s alleged victims to come forward, either by openly filing charges or anonymously.

“He is a predator and we don’t want there to be another victim,” she says, “let alone another underage girl. The more people that come forward will give his other victims the courage to come forward.  Be aware. And remember you can do something and still remain anonymous if you choose to.”

“We believe there are more victims out there,” he said during a phone interview. “We encourage victims to first reach out to the police agency for the location the alleged assault took place.  If that isn’t possible or the victim is uncomfortable, they can reach out to me directly at 815-338-2131, extension 12224.  My email is rdolan@woodstock.il.gov.  All communications will remain completely confidential.”

The concern for future assaults was apparently borne out this summer, as Truesdell, out on bond from his Woodstock case, broke the requirements of that bond and went into Cook County where he was arrested in August on suspicion of raping at 14 year-old.

Truesdell is current in Cook County Jail and his next court appearance is on November 8 in Rolling Meadows.