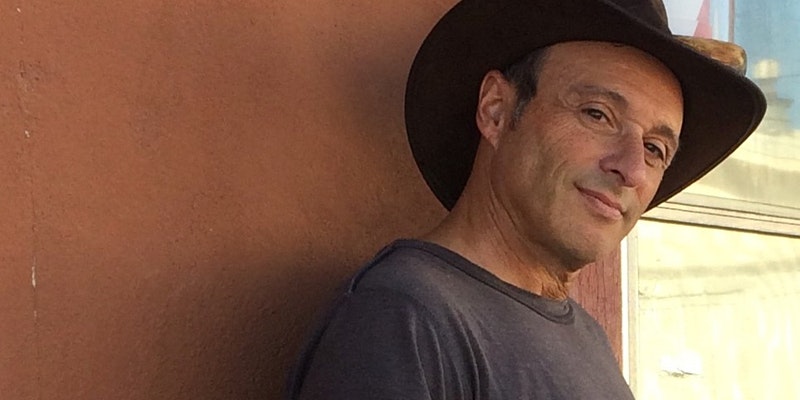 Dan Bern’s music has been compared to that of Bob Dylan, Woody Guthrie, Bruce Springsteen, Phil Ochs and Elvis Costello.

He is a prolific composer, having written over one thousand songs. He wrote the novel Quitting Science under the pen name Cunliffe Merriwether and wrote the preface under his own name.

Bern’s song “Talkin’ Woody, Bob, Bruce, and Dan Blues,” from the album Smartie Mine, offers a joking take on this influence, presented in the style of a Guthrie or Dylan talking blues song, and containing a spoof of a Springsteen song as well. When asked about the similarity between himself and Dylan, he once quipped, “I guess Bob Dylan was sort of the Dan Bern of the ’60’s.” Bernstein has toured with Ani DiFranco. He is known for sardonic, literary lyrics, a range of musical styles, and a folk music style paired with rock instrumentation.

Although a vein of social and political humor runs through even his earliest work, Bern’s songs became more explicitly political during the 2004 US presidential election campaign, with songs such as “Bush Must Be Defeated” and “President” highlighting his sometimes surreal political takes. His work often deals with his Lithuanian Jewish ancestry, as in songs like “Lithuania.” The name Bernstein is a reference to this ancestry; on a trip to Lithuania, he learned it was his family’s name before immigration to the United States.