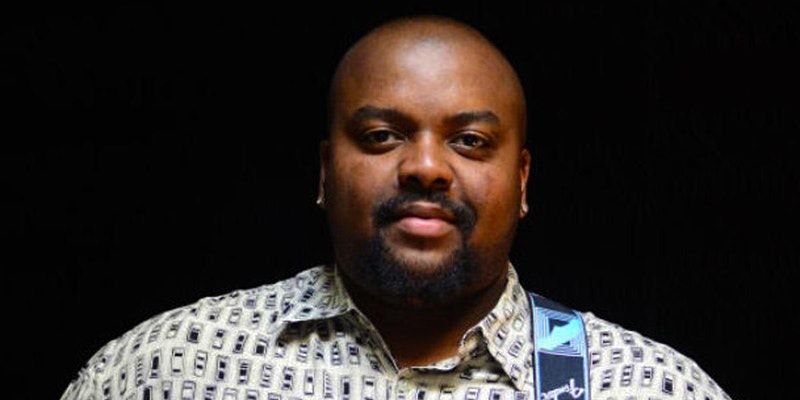 Blues man Shawn Holt kicks off another unique weekend at Aurora’s The Venue.

Shawn Holt is the son of legendary Blues Legend Magic Slim. The high energy, hard-driving sound of The Teardrops is still alive and well and if you like what Magic Slim and The Teardrops have been doing for the last 35 years, you can continue to enjoy that unique sound and energy with Shawn Holt, a chip off the old block, fronting his dad’s band. In 2014 Shawn Holt and The Teardrops won the Blues Blast Music Award for “New Artist Debut Album for Daddy Told Me” on Blind Pig Records.

Shawn started playing the blues at the age of 17, when he went on the road with this father and Slim’s brother, Uncle Nick Holt and The Teardrops. Shortly after that tour with his father, Shawn realized his genetic destiny (all the Holt’s are talented musicians) and formed his own band. He has been watching, learning and playing blues ever since…..Worldwide!

He writes music for “the kind of people that come to my shows. Whether in Chicago or Delavan, everyone has a story, and everyone puts in a long day and works hard the same way,” he says. “My generation may have been labeled as slackers, but I don’t know anyone who doesn’t work hard – many people I know put in 50-60 hours a week and 12-hour days. That’s what keeps me playing. I don’t like anyone to be left out; my music is for everyone in big and very small towns.”

He listened to punk rock and grunge as a kid before discovering a friend’s dad playing Hank Williams, and it was a revelation. Prine and Guthrie quickly followed. The name Chicago Farmer was originally for a band, but the utilitarian life of driving alone from bar to bar, city to city – to make a direct connection to his audience and listener, took a deeper hold.

“You can smell the dirt in the fields, hear the wind as it blows across the plains, and see the people that Chicago Farmer sings about. Each track captures a moment in time, whether for a person or a particular place. Imagine if a John Steinbeck short story had been written as a song, and this will give you a fairly good idea as to what Chicago Farmer accomplishes on his albums.”

The Claudettes fuse Chicago piano blues with the full-throttle energy of rockabilly and punk and the sultriness of ’60s soul to write a thrilling new chapter in American roots music.

Johnny, who toured for years with his cult-favorite rock band oh my god, is also in the Grammy-nominated groups Chicago Blues: A Living History and the Muddy Waters 100 Band. He has toured/recorded with Junior Wells, Buddy Guy, Otis Rush and more and played piano on the Chicago Plays the Stones album featuring Mick Jagger, Keith Richards and Buddy Guy.