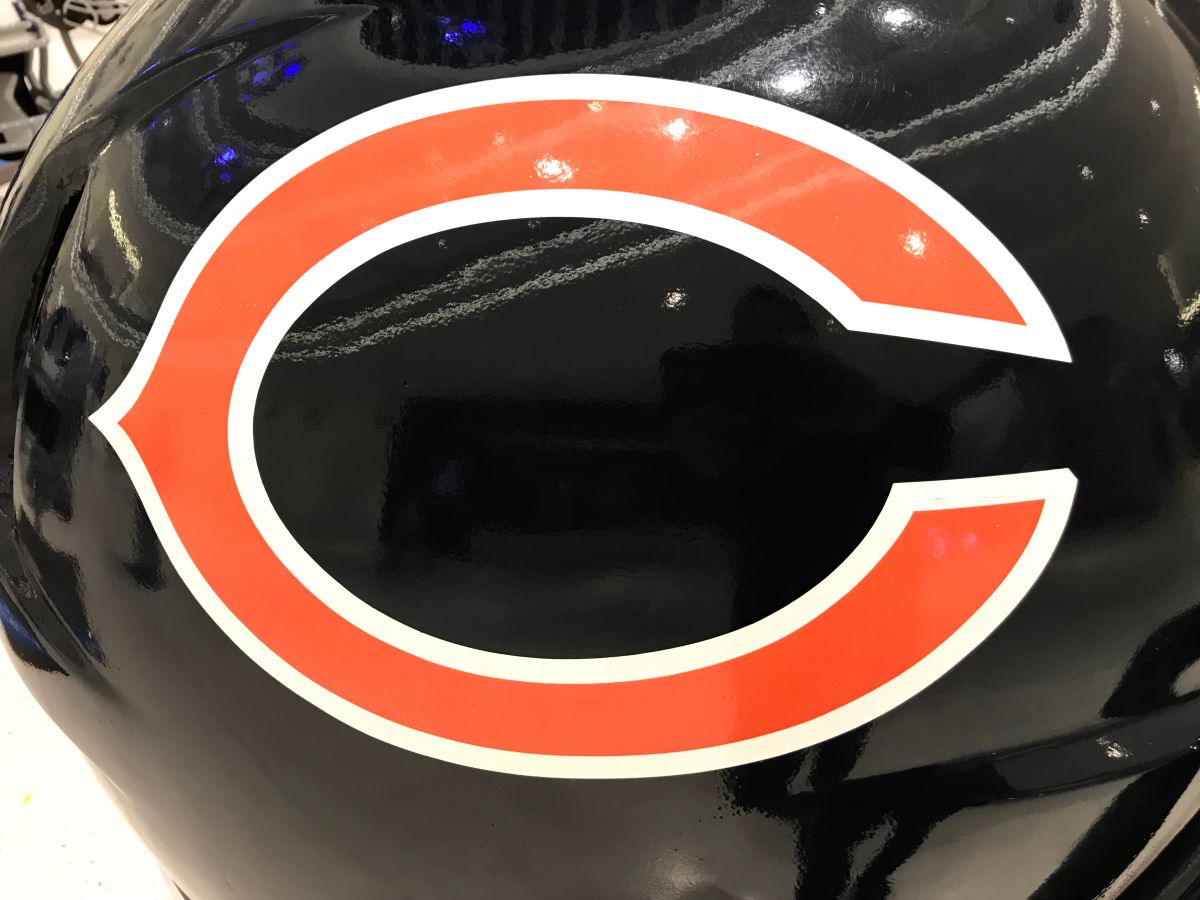 OK, Bears fans, now that the 2021 schedule is out, it’s time for a way-too-early prognostication on the Bears’ upcoming season.  We have read the tea leaves, sacrificed a goat (figuratively, of course) and consulted the Oracle at Ditka, and here are our findings.

Sunday, Sept. 12 at Los Angeles Rams, 7:20 p.m.
The nation’s eyes will be upon Soldier Field as the Bears answer the question on everybody’s mind: To Fields or Not To Fields.

Our crystal football informs us that veteran Andy Dalton will start the first game of the season, disappointing millions.  While his play will be satisfactory, the Bears will be haunted by the ghost of quarterbacks past when the Rams’ newly-acquired QB1 Matthew Stafford mounts his patented last-minute drive to defeat the Bears 20-17 on a last second field goal.

Sunday, Sept. 19 VS. CINCINNATI BENGALS, Noon
Much depends on whether rookie phenom QB Joe Burrows returns from his season-ending injury last year to lead the Bengals.  Regardless, the Bears’ new defense will stifle the not-quite-ready-for-prime-time Bengals, leading to a 20-10 victory for the Beloved.

Sunday, Sept. 26 at Cleveland Browns, Noon
The Bears fight valiantly but to no avail, dropping a hard-fought game to the championship-minded Brownies 28-24.

Sunday, Oct. 3 VS. DETROIT LIONS, Noon
The hot mess that the Lions will be in a rebuilding 2021 under new coach Dan Campbell give the Bears a relatively easy victory at home.

Sunday, Oct. 10 at Las Vegas Raiders, 3:05 p.m.
The first of back-to-back “Where’s Aaron Rodgers?” games.  The Raiders have emerged as a potential landing spot for the Bears’ nemesis if his desired separation from the Packers is effected.  If he lands in Vegas, this one’s a no-brainer and the Bears go down hard.  If he is elsewhere, the Bears still lose but in a less embarrassing manner.

Our prediction?  Rodgers is not Vegas-bound, and the Raiders win 28-27 in a squeaker.

Sunday, Oct. 17 VS. GREEN BAY PACKERS, Noon
Rodgers or no Rodgers?  We’re going with the no Rodgers scenario (and there was much rejoicing).  The Jordan Love-led Pack is still reeling from losing their HOF QB and succumb easily to the Bears 31-21.

Monday, Nov. 8 at Pittsburgh Steelers, 7:15 p.m.
Crunch.  Dalton and the Bears hit a wall, getting thumped by the rejuvenated Steelers 31-17.

BYE WEEK
The Bears enter the bye week at a disappointing 4-5.  Much gnashing of teeth and soul-searching ensues.  As a result, the Bears use the sub-.500 first half to do what they were going to do anyway at this point and install rookie Justin Fields as QB1.  There is much rejoicing in Bears Nation.

Sunday, Nov. 21 VS. BALTIMORE RAVENS, Noon
The Big Introduction.  Fields take the field (we’re gonna have a hard time with that this season) for the first time as a Bears starter and performs reasonably well, going for 2TDs and 2 INTs in a losing effort against the Ravens.  Bears fall to 4-6 by losing 35-27.

Thursday, Nov. 25 at Detroit Lions (Thanksgiving), 11:30 a.m.
Turkey Day again in Detroit.  And once again, the Bears feast on the hapless Lions.  Fields has a field day (yes, we’re getting that out of the way now) as he passes for 3 TDs and rushes for another.  Bears in a blowout, 35-14.

Sunday, Dec. 5 VS. ARIZONA CARDINALS, Noon
The Bears gain a little momentum by beating the visiting Cardinals in a close one, 28-24.  Fields regresses a bit, throwing 3 pics including a pic-6, but the Bears make it up on the ground as their new offensive line begins to assert itself.

Sunday, Dec. 12 at Green Bay Packers, 7:20 p.m.
Now back at .500 and with a two-game winning streak behind them, the Bears are gaining momentum.  The Rodgers-less Pack is still trying to find itself under Love, and the Bears roll to a 24-13 victory.  Fan excitement builds.

Monday, Dec. 20 VS. MINNESOTA VIKINGS, 7:15 p.m.
In a prime-time, nationally-televised match-up of division leaders,  Fields plays his most complete game yet, passing for 2 TDS and rushing for 2 more as the Bears take first place in the North 38-28.

Sunday, Jan. 2 VS. NEW YORK GIANTS, Noon
As the end of the season nears, the Bears and Giants remain in playoff contention, with the Bears tied for 1st in the NFC North and the Giants a game back in the NFC East.

Fields and third-year Giants QB Daniel Jones have a shoot-out, with Fields prevailing in the game’s waning moments by scoring on a QB keeper.  Bears win 35-31.

Sunday, Jan. 9 at Minnesota Vikings, Noon
The NFC North comes down to the final game as the Bears head to Minnesota with the teams tied for 1st. In an intense, error-filled matchup, the Bears win on a last-second field goal by Santos, 17-14.  Bears win the NFC North.

So there you have it, our fearless predictions for your 2021 Chicago Bears.  Mark this page. We’ll return at the end of the season to see how we did.  (Who are we kidding?  Nobody does that.)