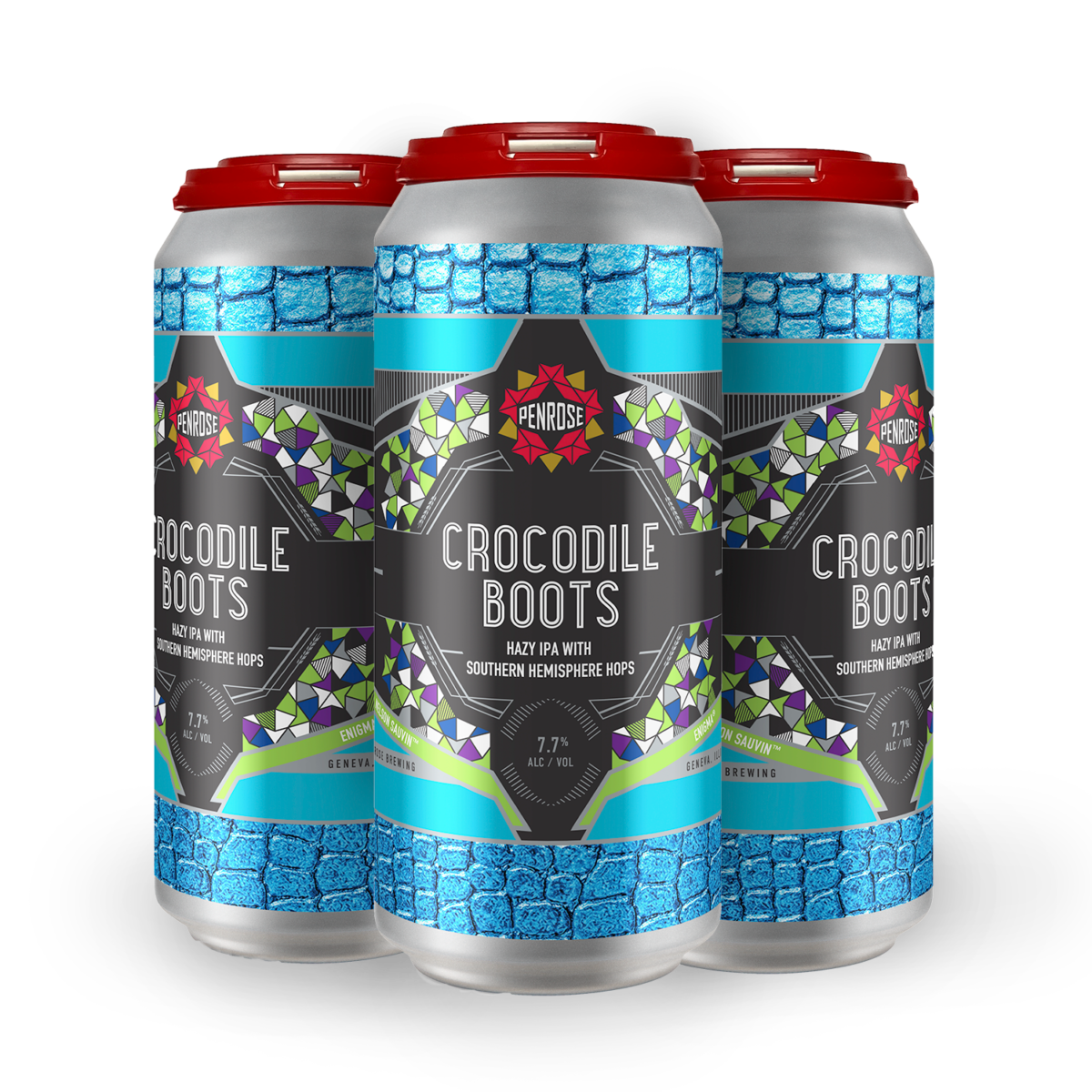 4X4 DDH Double IPA
Characterized by notes of mango, pineapple, and melon, this Double West Coast Style IPA is dry-hopped twice with Mosaic and Citra hops. Coming in at 8.7% ABV, this beer has 4X the flavor and 4X the aroma of a traditional west coast style IPA. 60 IBU.

Vanilla Doom
Vanilla Doom is a 6.5% ABV red ale that boasts a unique and delicious flavor profile. The addition of vanilla to this beer creates a harmonious balance between the caramel, malt, and sweet vanilla notes. The result is a smooth and flavorful brew that is sure to be a hit with anyone who loves a good red ale. Whether you’re enjoying it on its own or pairing it with your favorite meal, Vanilla Doom is a beer that you won’t want to miss.

Crocodile Boots
Hazy IPA with Southern Hemisphere Hops – 7.7% ABV. A tidal wave of Southern Hemisphere heat washing on the soft and supple layers of Goofy Boots with Enigma, Motueka, and Riwaka hops to bring red currant, white raspberry and pinot gris notes to this beautiful beer. Available Mid-January at the Penrose Taproom in Geneva and your local retailers.

Lakeside Gap
January sees the debut of Pollyanna’s new “Lakeside Gap,” a lower ABV version of our year-round West Coast IPA, “Lexical Gap.” A little taste of Summer in the middle of Winter, Lakeside Gap is brewed with Citra, Mosaic, Simcoe, Columbus, and Centennial hops for a blast of hoppy goodness and enough of a malt presence to balance. At 5.5% ABV, you can drink this in the Winter while imagining sitting lakeside during the Summer.

Frost Bite Cold IPA
ABV: 7.5%. The second release of the 2022 Bloodline Series! This limited series of small-batch beers allows our brewers to push the envelope and get creative with recipes and ingredients, creating some pretty unique hop-forward IPAs. Frost Bite has strong notes of tropical and citrus fruits with a crisp finish.