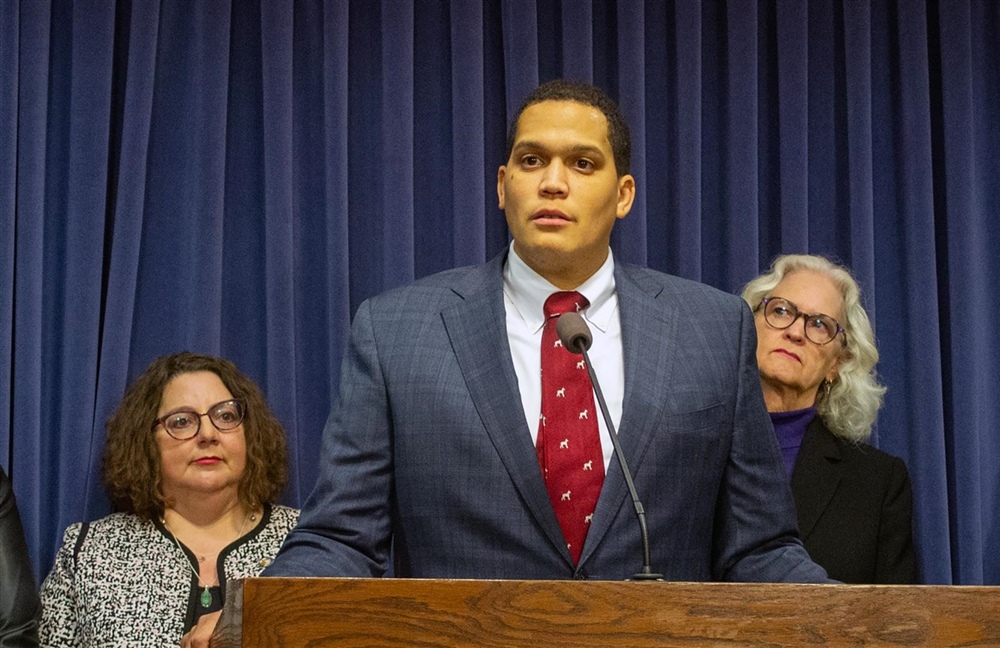 Two days before lawmakers were scheduled to adjourn for the year, one of the lead negotiators of the SAFE-T Act criminal justice reform filed a long-awaited amendment detailing several changes to the landmark cash bail overhaul.

Sen. Robert Peters, D-Chicago, filed a 308-page amendment to House Bill 1095 on Tuesday that contained several changes to the bill’s detainability standards, electronic monitoring provisions, dangerousness standards and other sections of the bill pertaining to the impending end of cash bail.

The follow-up bill was scheduled for a Thursday committee hearing and it wasn’t clear if the amendment contained the bill’s final language or if more changes were coming.

But Peters said he believed it protected the intent of the original SAFE-T Act’s cash bail provisions – to prevent detention of non-violent offenders while allowing the courts to focus on more dangerous individuals – while addressing stakeholder concerns.

The amendment touches on several changes that became flashpoints for Republicans in a contentious election cycle and prompted concern from moderate Democrats, although Peters didn’t say if he expected it to receive Republican votes.

Among other things, it states that when cash bail ends on Jan. 1, the changes will apply to those charged with crimes after that date. The change was spurred by concern that the original law’s vagueness could be interpreted in a way that freed potentially dangerous individuals as they awaited trial.

The amendment lays out the circumstances in which a defendant held in lieu of cash bail prior to 2023 can have their case moved to the new system and what the timeline would be for a new detention hearing. It would depend on the defendant’s charges.

It adds clarifying language regarding another portion of the bill which some had read as preventing police from arresting a trespasser.

While it maintains language instructing officers to issue a citation in lieu of custodial arrest for cases below Class A misdemeanors, it also specifies that police maintain discretion to make an arrest if the person is a threat to the community or they continue to break the law.

The bill creates consistent language pertaining to the dangerousness of a defendant throughout the statute, stating that a person can be held under the dangerousness provision if they are a “real and present threat to the safety of any person or persons or the community, based on the specific articulable facts of the case.”

It also expands the number of charges in which a judge can order pretrial detention. It clarifies and defines that all people charged with “forcible felonies” and non-probationable offenses may be detained under the dangerousness standard. It also maintains that individuals accused of domestic violence may be held pretrial.

It adds hate crimes, felony animal torture, aggravated DUI causing bodily harm, DUI while operating a school bus other DUI charges as detainable offenses if the defendant is deemed dangerous. It also specifically excludes prostitution and soliciting a prostitute from a list of detainable sex crimes.

Prosecutors had long warned that the standard to show a defendant was a risk of “willful flight” of prosecution was too difficult to meet, so the amendment widened that as well. It now defines willful flight as “intentional conduct with a purpose to thwart the judicial process to avoid prosecution.”

The SAFE-T Act as passed entitles a defendant to a public defender at their first hearing, which is expected to greatly increase workloads for public defenders. The amendment being considered allows more hearings to be conducted remotely if requested by the defendant, if public health requires it, or if there are “operational challenges in conducting the hearing in person.”

The amendment also creates a grant program through the Administrative Office of the Illinois Courts to increase the number of public defenders in Illinois, although it would be subject to appropriations by future General Assemblies.

The measure also removes an oft-criticized provision of the current law that states an individual must be in violation of electronic monitoring for 48 hours before they can be charged with a new crime.

Perhaps addressing one of the contentions of a lawsuit from dozens of state’s attorneys who are suing to block the SAFE-T Act on constitutional grounds, the measure states that “‘pretrial release’ has the meaning ascribed to bail in Section 9 of Article I of the Illinois Constitution where the sureties provided are nonmonetary in nature.”

The amendment also exempts trial delays from 90-day speedy trial requirements if they result “from a continuance granted at the request of the state with good cause shown,” such as courts awaiting DNA evidence processing.

The language contained in Senate Amendment 1 to House Bill 1095 would need to pass both houses of the General Assembly with three-fifths majorities Thursday to become law effective immediately. Democrats have majorities exceeding those numbers in both chambers.