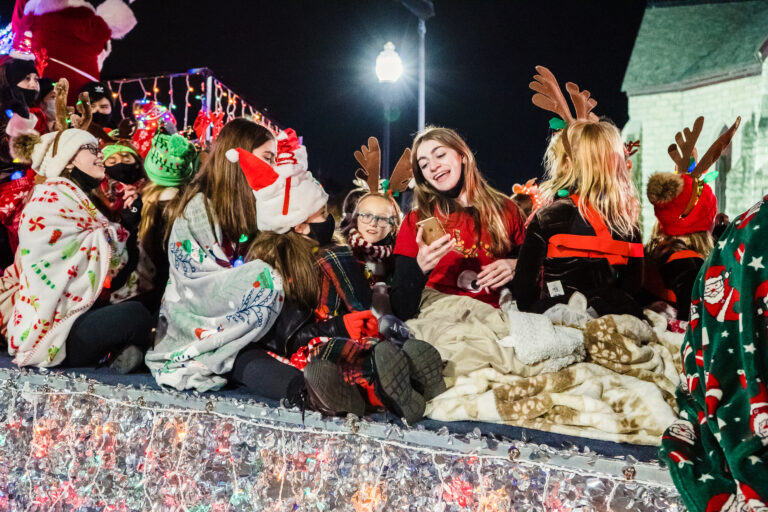 It’s the grand opening of the Christmas season in Aurora this evening as the downtown area dons its holiday finest and welcomes in the cheer.

It all starts with the WINTER LIGHTS PARADE at 6:30pm. The parade begins on Downer Place and travels from Water Street to River Street. Santa Claus and Mrs. Claus will lead the parade with an exciting array of costumed characters, community groups, performers, public safety vehicles, and the magical Christkind from the Christkindlmarket Aurora!

After the parage, the traditional TREE LIGHTING CEREMONY will take place at the GAR Memorial Museum, at 23 E. Downer Place.

The FIREWORKS EXTRAVAGANZA will immediately following the ceremony, with the best viewing location being on the East Downer Place Bridge near City Hall, 44 E. Downer Place.

After the fireworks, FREE PHOTOS WITH SANTA will begin at 7:30 p.m. at the G.A.R. Memorial Hall.