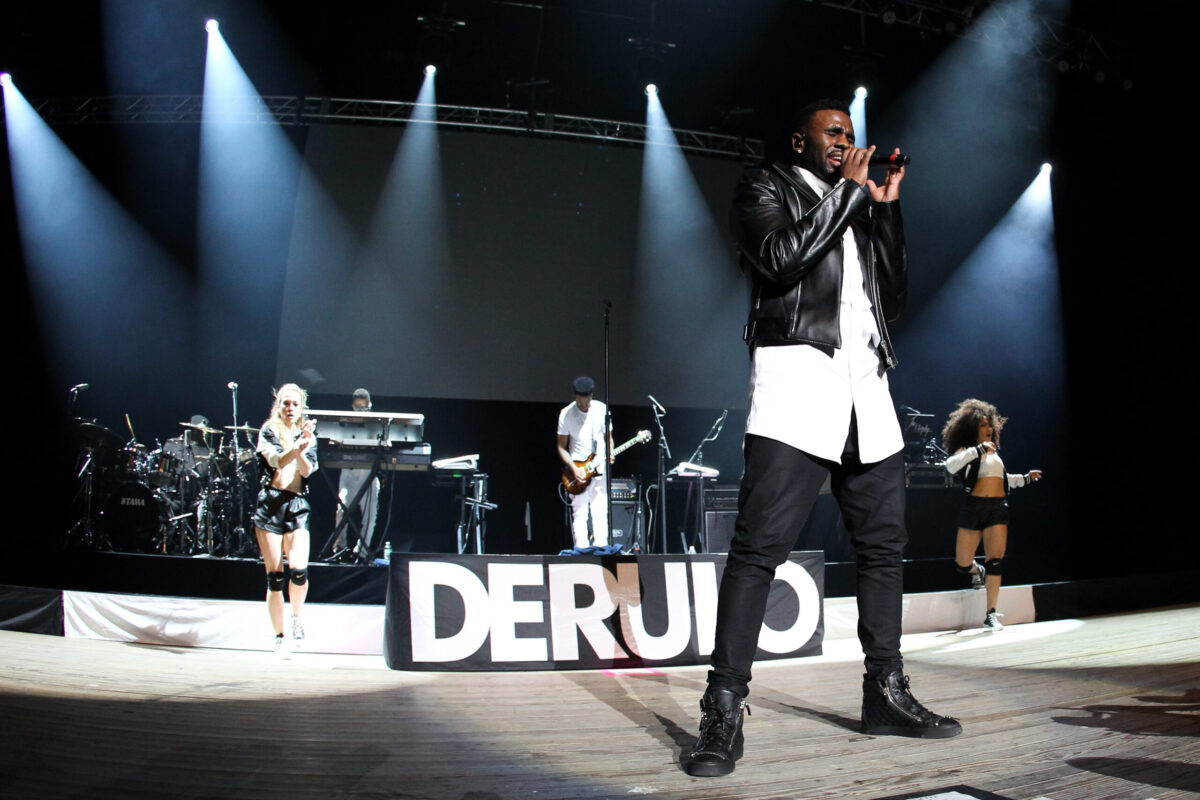 LIV Golf has announced that global pop superstar Jason Derulo will headline the live music entertainment performing the weekend of September 16-18 at the LIV Golf Invitational Chicago. The chart-topping multi-platinum singer/songwriter will entertain fans at Rich Harvest Farms in Sugar Grove on Saturday, September 17 to conclude day two of the three-day event in the LIV Golf Invitational Series.

In addition, beginning Friday the Frog-X Navy SEAL Parachute Team will skydive onto the course to kick off the action.

Grounds passes for the tournament are $49 per day and are all-inclusive of the live performances and fan activities. Youth 15 and under receive complimentary admission to the tournament as do active-duty military and veterans, in addition to a guest. Guests can also enjoy a Friday night concert by indie-electronic group St. Lucia, led by South African singer and musician Jean-Philip Grobler, who has developed a passionate following for the group’s upbeat style and feel-good sounds that attract audiences throughout the nation. For tickets and more information, visit Tickets.LIVGolf.com.

Forward-thinking, genre-defying, and massively creative, Jason Derulo has staked his claim as one of the most dynamic forces on the global pop landscape. Since breaking through with his five-times-platinum single “Whatcha Say” and selling more than 200 million records worldwide, the award-winning singer/songwriter has turned out an unstoppable run of immediately iconic hits and collaborated with many of music’s greatest trailblazers, not to mention all-time legends like Stevie Wonder. His latest triumphs include emerging as one of TikTok’s most influential users, boasting the 11th overall biggest account on the video-sharing platform and the 4th most-followed male.

Now at work on his highly anticipated fifth album – and first full-length since 2015’s chart-topping Everything Is 4 – Derulo recently delivered a series of smash singles while operating as an independent artist. Those songs include “Lifestyle” featuring Adam Levine (a wildly catchy track), “Take You Dancing” (a pandemic-era love song that’s inspired over a half-million videos on TikTok), and the double-platinum “Savage Love (Laxed-Siren Beat)” – a collaboration with New Zealand-based producer Jawsh 685 that hit No.  1 on Top 40 radio, with its official BTS remix reaching the top slot on Billboard’s Hot 100.

FAN ACTIVITIES BEGIN AT 9AM FRIDAY

Fan festivities begin on Friday, September 16 at 9 a.m. local time when gates open to welcome guests of all ages to the variety of unique activities on-site. Parking is free, with on-site lots opening at 8 a.m. all three days in advance of the tournament’s daily 12:15 p.m. shotgun start.

Beginning Friday, members of the Frog-X Navy SEAL Parachute Team will skydive onto the course to kick off the action. This elite jump team performs gravity-defying demonstrations after years of real-world special operations work in a show of the Navy’s exceptional skill and the best-in-class training delivered by the U.S. Armed Forces.

Grounds passes will allow fans to walk the course, watch the tournament from select viewing platforms and grant entry to the interactive Fan Village. An immersive area featuring a food festival-style atmosphere, the Fan Village will also deliver a specially designed LIV Kids Zone for the youngest fans to relax and play in a temperature-controlled environment.

“Coming off the heels of a historic weekend in Boston, we’re excited to deliver a memorable experience for fans throughout the Chicago region,” said Atul Khosla, President and Chief Operating Officer of LIV Golf. “We’ve had a hole-in-one, a thrilling playoff finish and amazing live music performances that amplify the unique atmosphere at a LIV Golf event. Whether you’re brand new to golf, have been playing your entire life or simply enjoy family-friendly activities in a great outdoor setting, Rich Harvest Farms will play host to a fantastic weekend.”

Within the Fan Village, guests can test their skills on the Zen Green Swing Stage®, golf’s most advanced playing surface that recreates hitting approach shots on adjustable sloping lies, providing a revolutionary golf experience. Nearby at the Impossible­ Putt, even the most advanced golfers will have their putting skills tested. And LIV Golf’s Eco Village will offer the chance to relax in an eco-friendly setting where guests can refill water bottles at a hydro station, charge cell phones by peddling a bike, watch a 3D printer create golf tees from recycled plastic, and attempt to chip golf balls into a target to raise money for local charities. LIV Golf also brings the concept of Après Golf to the course, where the conclusion of play features an extended lively hospitality experience in the Fan Village each day.

Aligned with LIV Golf’s mission to grow the game and provide more fun and entertainment for all fans, special ticket offers are available for select groups, including:

*Offer is not valid for same-day entrance at gate

Three-day grounds passes for the LIV Golf Invitational Chicago are on sale for $115 at Tickets.LIVGolf.com. For discount offers, email the requested identification to discounts@livgolftickets.com. Single day and three-day hospitality packages for the popular Club 54 and Gallery Club experiences are also available.