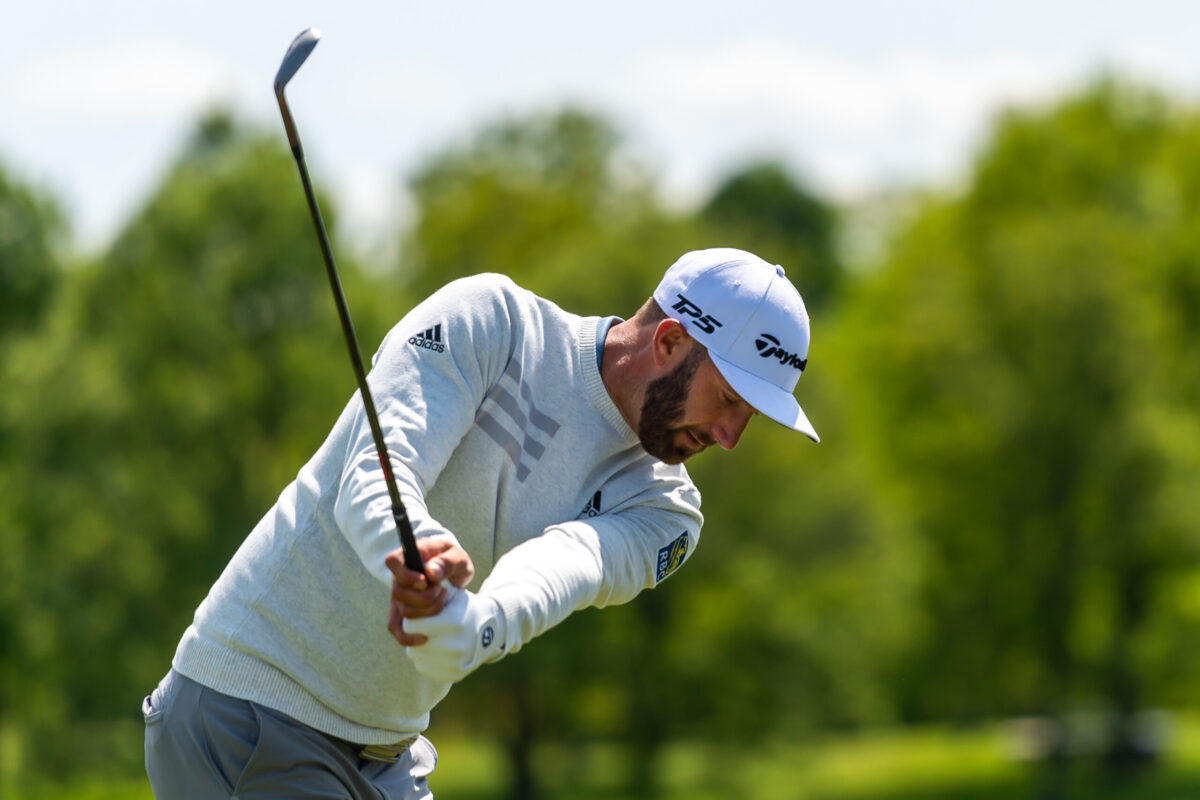 LIV Golf, the controversial and disruptive new international golf tour, has announced the field for its fifth event of the year, the LIV Golf Invitational Chicago, teeing off September 16-18 at Rich Harvest Farms.

The global field showcases seven No. 1-ranked players within their respective countries, 13 Olympians, 14 different nations and represents 22 combined major wins. Twenty of the field’s 48 players have 10 or more professional wins in their careers, including current and future stars of the game who have earned NCAA National Championships and U.S. Amateur Championships among their accomplishments.

Former world No. 1 and two-time major winner Dustin Johnson will aim for back-to-back individual victories following a thrilling win at the LIV Golf Invitational Boston, where he sank a lengthy eagle putt on the first playoff hole to defeat LIV Golf newcomers Joaquin Niemann and Anirban Lahiri at The International.

The Chicago field includes 2022 Open Champion Cameron Smith, who shot 14 under par and finished just off the podium in his LIV Golf debut in Boston. Also making his second LIV Golf appearance is two-time Masters champion and former world No. 2 player Bubba Watson, who will make on-air contributions to live event coverage and serve as a non-playing captain. Four-time major winner and former world No. 1 Brooks Koepka, 2020 U.S. Open champion Bryson DeChambeau, 2018 Masters champion Patrick Reed and six-time major winner and World Golf Hall of Famer Phil Mickelson are among the 12 major champions who will compete at Rich Harvest Farms.

LIV has turned the golfing world upside down with its aggressive courting of USPGA tour players – courting that involves enormous up-front payments or guarantees to sign. For instance, Johnson, a fairly early LIV acquisition, was reportedly paid or guaranteed between $125 – $150 million over 4 years to sign. Similar amounts have been doled out to other stars now on the tour. In response, the USPGA has banned all players who have signed with LIV, prompting anti-trust litigation from the banned players.

Critics of the new tour are also focusing on its funding, which comes from the Saudi Arabia sovereign investment fund, a massive investment fund effectively owned by the Saudi royal family. USPGA defenders cite the miserable human rights record of the Saudi’s, and specifically the brutal murder of Saudi journalist Jamal Ahmad Khashoggi in Istanbul, Turkey in 2018, as reason to shun the tour. Defenders point out that the Saudi fund has investments in all kinds of household names such as Disney, Apple, etc., including sponsors of USPGA events, and that decrying its investment in LIV is pure hypocrisy.

LIV’s new format is also turning some heads. Jettisoning the standard 72-hole tournaments and sequential starting times used by USPGA and other tours, LIV’s tournaments are only 54 holes (three days) and involve “shotgun” starts, wherein all players start at the same time on different holes. LIV believes that this approach is much more fan-friendly by significantly shortening the time to complete each round and giving spectator’s better access to their favorite players.

In addition, LIV has added a team element to its tour wherein players not only compete individually but also across 12 teams of four players each, culminating in a season-ending Team Championship in Miami. Teams for Chicago will be unveiled in the coming days.

“Our tournament in Boston showcased a series of firsts in LIV Golf history: a hole-in-one by Matthew Wolff, an electrifying playoff win by Dustin Johnson, and an impressive three-peat by the 4 Aces. After only 12 rounds of golf, LIV Golf has shown that innovations to the sport can breed incredible competition amongst the world’s top golfers,” said Greg Norman, CEO and Commissioner of LIV Golf. “Players are ready for another great test at Rich Harvest Farms, a fantastic course within the legendary sports market of Chicago.”

Grounds passes for the tournament are $49 and are all-inclusive of the wide variety of fan activities and live music performances on site. Youth 15 and under receive complimentary admissionto the tournament as do active-duty military and veterans, in addition to a guest. For tickets and more information, including special offers for students, teachers, medical professionals and first responders, visit Tickets.LIVGolf.com.

Complete, live coverage of LIV Golf tournaments is globally available direct to consumers on LIVGolf.com and YouTube. LIV Golf event broadcasts are also aired live on a global roster of leading premium and free-to-air broadcasters providing coverage in over 180 territories around the world. The list of global networks covering the LIV Golf Invitational Series is available on LIVGolf.com.