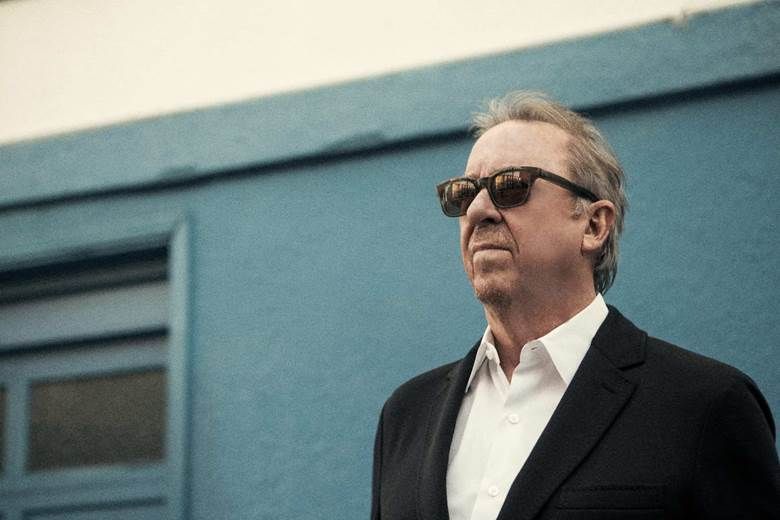 It’s appropriate that Boz Scaggs‘ new album is Out of the Blues, since the blues is what first sparked his five-decade musical career.

Born William Royce Scaggs in Canton, Ohio on June 8, 1944, he grew up in Oklahoma and Texas, where he spent his teenage years immersed in the blues, R&B and early rock ‘n’ roll. While attending school in Dallas, he played in local combos. After several years as a journeyman musician around Madison, WI and Austin, TX, Scaggs spent time traveling in Europe, the Middle East and Asia, eventually settling in Stockholm where he recorded the album Boz.

Returning to the U.S. in 1967, Scaggs joined the Steve Miller Band in San Francisco, performing on that group’s albums Children of the Future and Sailor, before launching his solo career with 1968’s seminal Boz Scaggs LP, recorded in Muscle Shoals, AL for Atlantic Records. Scaggs continued to mine a personalized mix of rock, blues and R&B influences, along with a signature style of ballads on such influential ’70s albums as Moments, Boz Scaggs & Band, My Time, Slow Dancer and 1976’s Silk Degrees. The latter release became a massive commercial breakthrough, reaching Number Two and remaining on the album charts for 115 weeks.  It spawned three Top 40 hit singles: “It’s Over,” “Lido Shuffle” and the Grammy-winning “Lowdown.”  Subsequently, “We’re All Alone” from that same album, would become a #1 single for Rita Coolidge.  Silk Degrees was followed by the albums Down Two Then Left and Middle Man, and such hit singles as “Breakdown Dead Ahead,” “Jo Jo” and “Look What You’ve Done to Me.”

“Funky, cool and bad,” is how Robert Cray describes his latest album, That’s What I Heard. “I thought if it we could get this thing that Sam Cooke used to have, the kind of sound that early Sam Cooke records had, that we could pull this off,” says producer Steve Jordan. Over the past four decades, Cray has created a sound that rises from American roots, blues, soul and R&B, with five Grammy wins, 20 acclaimed studio albums and a bundle of live albums that punctuate the Blues Hall of Famer’s career. On That’s What I Heard, Robert celebrates the music of Curtis Mayfield, Bobby “Blue” Bland, The Sensational Nightingales and more, alongside four newly written songs.

Jeff LeBlanc earned a history degree and imagined his destiny would likely be as a middle-school teacher. However, LeBlanc’s discovery of songwriting led him down a different path. Since releasing his first album, he has epitomized success as an independent artist – charting on iTunes, netting millions of streams, achieving both satellite and commercial radio play, selling-out headline shows and touring the country with a wide range of artists such as Boz Scaggs, Chaka Khan, Chris Stapleton, Michael McDonald, Tori Kelly, Chris Isaak, Brett Dennen and more. jeffleblancmusic.com

RiverEdge Park is located at 360 N Broadway in Aurora. Show starts at 7:30. Tickets can be purchased here.