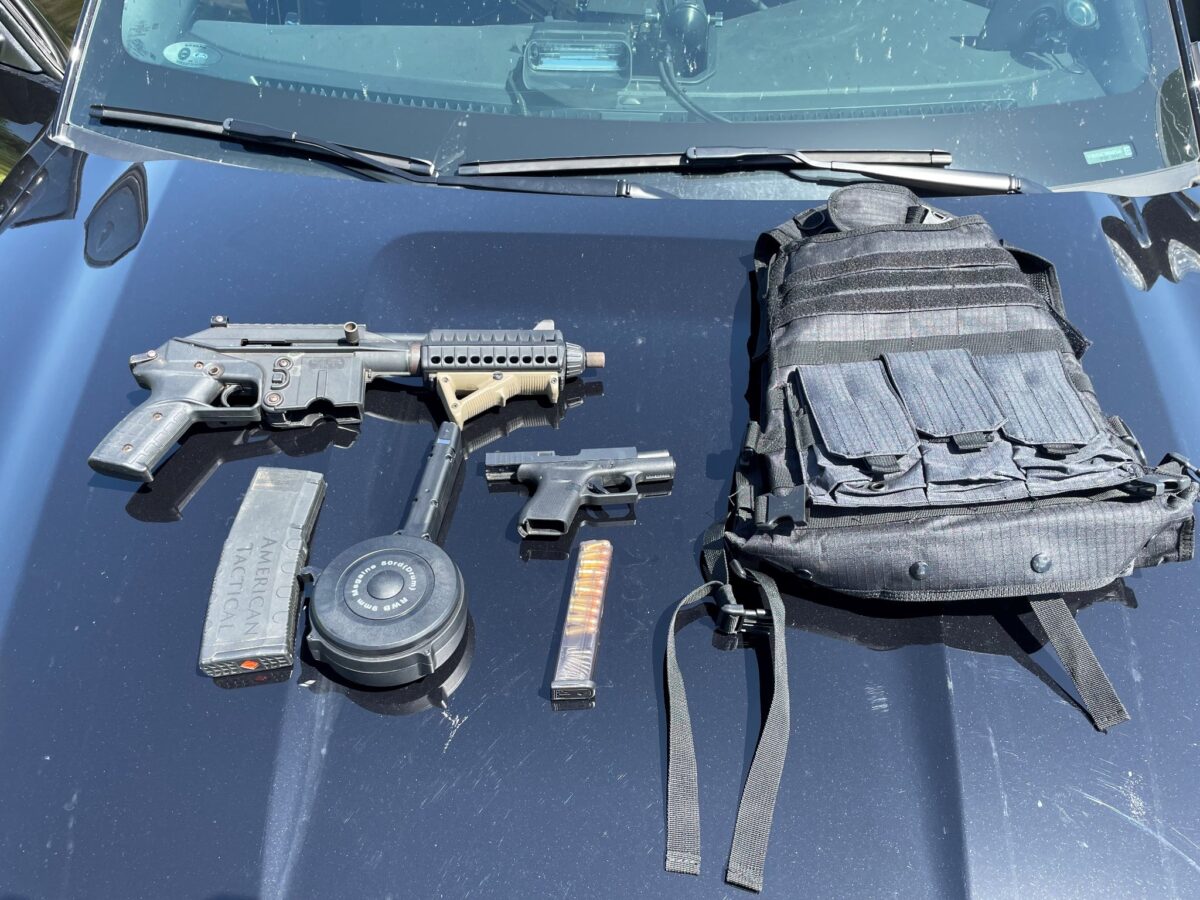 File this one in the “some criminals are just destined to end up in jail” file.

Last week, Kane County Sheriff’s Deputies received a regional dispatch reporting a road rage incident where the occupants of the vehicle pointed firearms at other motorists.

Several minutes later, a Sheriff’s Detective observed the suspect vehicle traveling west on Interstate 90, near Tyrell Rd. The detective observed that the vehicle was speeding and waited for assistance from the Illinois State Police prior to conducting the stop due to the high risk possibility of the stop.

The detective stopped the vehicle on I-90, near US Hwy 20. While speaking with occupants, the detective smelled the strong odor of raw cannabis coming from the vehicle. A probable cause search of the vehicle was conducted and police recovered a loaded Glock 42 .380 handgun in the glovebox.

A further search of the vehicle yielded a Kel-Tec Pistol which shoots 5.56 rounds, loaded with armor-piercing ammunition. Also located near the Kel-Tec was a ballistic vest rated to stop rifle rounds. An additional 50 round drum magazine was located in the vehicle.

Kane County Sheriff Ron Hain established the Unit that made this arrest in 2019 in response to the frequent trafficking of firearms and narcotics in and through Kane County. This Unit has seized over 24 firearms involved in criminal activity in the last year.