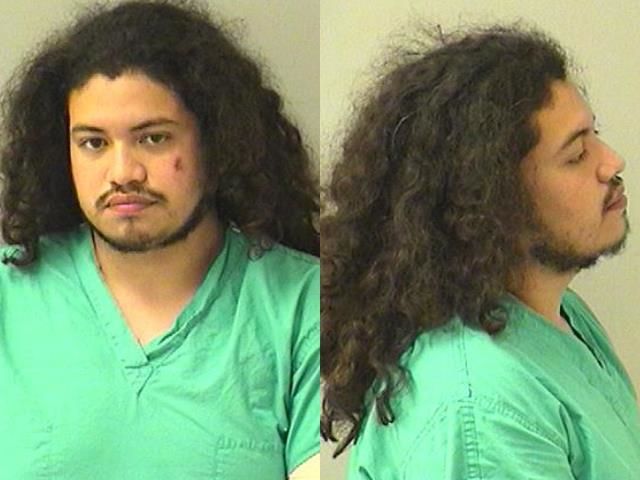 At about 4:30 p.m. on June 18, 2019, Carpentersville police responded to a call regarding someone with a gun near Berkshire Circle and Wakefield Drive.

When the two officers arrived, Carpentersville resident Jose M. Cervantes pulled a handgun from his waistband and fired multiple shots at the officers inside the police vehicle. At least five bullets struck the police vehicle and one bullet struck a nearby house.

One of the officers fired back at Cervantes, who then ran away. The officers ran after him and took him into custody after a brief chase. Cervantes was treated at a local hospital for minor injuries sustained when he was stuck by police gunfire, and then released.

No one else was injured.

Cervantes is not eligible to legally possess a gun because he was previously convicted of felony burglary and is a documented gang member.

Yesterday, Kane County State’s Attorney Jamie L. Mosser announced that 25-year-old Cervantes agreed to a sentence of 15 years of imprisonment in the Illinois Department of Corrections in exchange for a guilty plea to the offense of aggravated discharge of a firearm, a Class 1 felony.

In accordance with Illinois law, Cervantes must serve at least 85 percent of the sentence. Cervantes receives credit for 1,066 days served in the Kane County jail, where he had been held since his arrest in lieu of $850,000 bail.

“This defendant chose to open fire on two police officers in a residential neighborhood in the middle of the afternoon, endangering numerous lives,” said Assistant State’s Attorney Lori Anderson. “We are fortunate this situation wasn’t much worse, for the Carpentersville police and for the community. My thanks to Carpentersville Officers Ian Abrahamsen and Kevin Stankowitz for putting their lives on the line, and for their quick response.”